Facts and figures about Broughton

We have on file a 1991 Census Fact Sheet published by City of Edinburgh District Council that gives statistical information for Broughton Ward. The total population was 6,146: detailed figures on the make-up of the population included 5.5% belonging to ethnic minority groups (more than twice the City average); 8% of households suffering overcrowding (the City average was 6%); and 10.5% of 'economically active' age unemployed. Also in the early 1990s, the City Council published monthly unemployment statistics by ward: in February 1992 the percentage for Broughton had risen to 12.7%, ranking it 13th out of 62 wards.

But those sources offered a far from the perfect picture for Broughton as we know it, either historically or as a present-day community (see map on our About us page). For one thing, the Ward boundary ran down the middle of Broughton Street! Since then further changes in local authority boundaries have made it even more difficult to obtain anything like really satisfactory facts and figures. 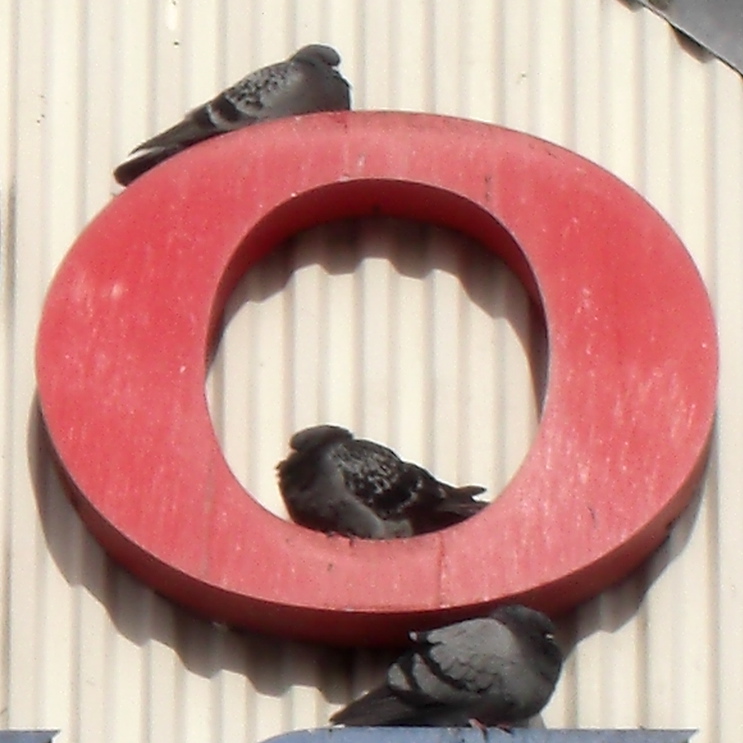 So what can be done? So far, it seems to us the most promising way forward is via the Scottish Government's Scottish Neighbourhood Statistics, available online (www.sns.gov.uk). You can enter your own postcode and up comes  information about a small area that includes your own address:  population (total, and percentages in age bands);  education, skills and training; health;  housing;  access to services; and (much more limited) crime and justice, and physical environment. Dates for most of this information range from 2004 to 2008, with a few a bit earlier; and the accompanying maps are copyright 2004.

We think about a dozen of those 'neighbourhoods' would cover Broughton as we know it – not exactly sometimes around the edges, but close. It should be possible to aggregate the statistics to get results for the whole area – with a bit of effort, admittedly, but there's lots of advice on their website.

What do you think? There may be readers already adept at using the Neighbourhood Statistics; or able to suggest other possibilities: if so, let us know!

Beyond statistics: what people think about Broughton

A few months before publishing the first edition in February 1994, the original Spurtle team carried out a community survey, using a standard questionnaire to interview 50 local residents. This was a 'snowball sample', rather than systematic or random – the group interviewed friends who in turn interviewed their friends or neighbours. So it wasn't fully representative: teenagers and children weren't represented at all; and the way the 'snowball' was started probably weighted the results towards the opinions of more  active,  enthusiastic people. But we thought the survey offered valuable impressionistic insights into the Broughton community: and in the first edition of the paper a summary of the findings was presented under the front-page headline BROUGHTON'S O.K. 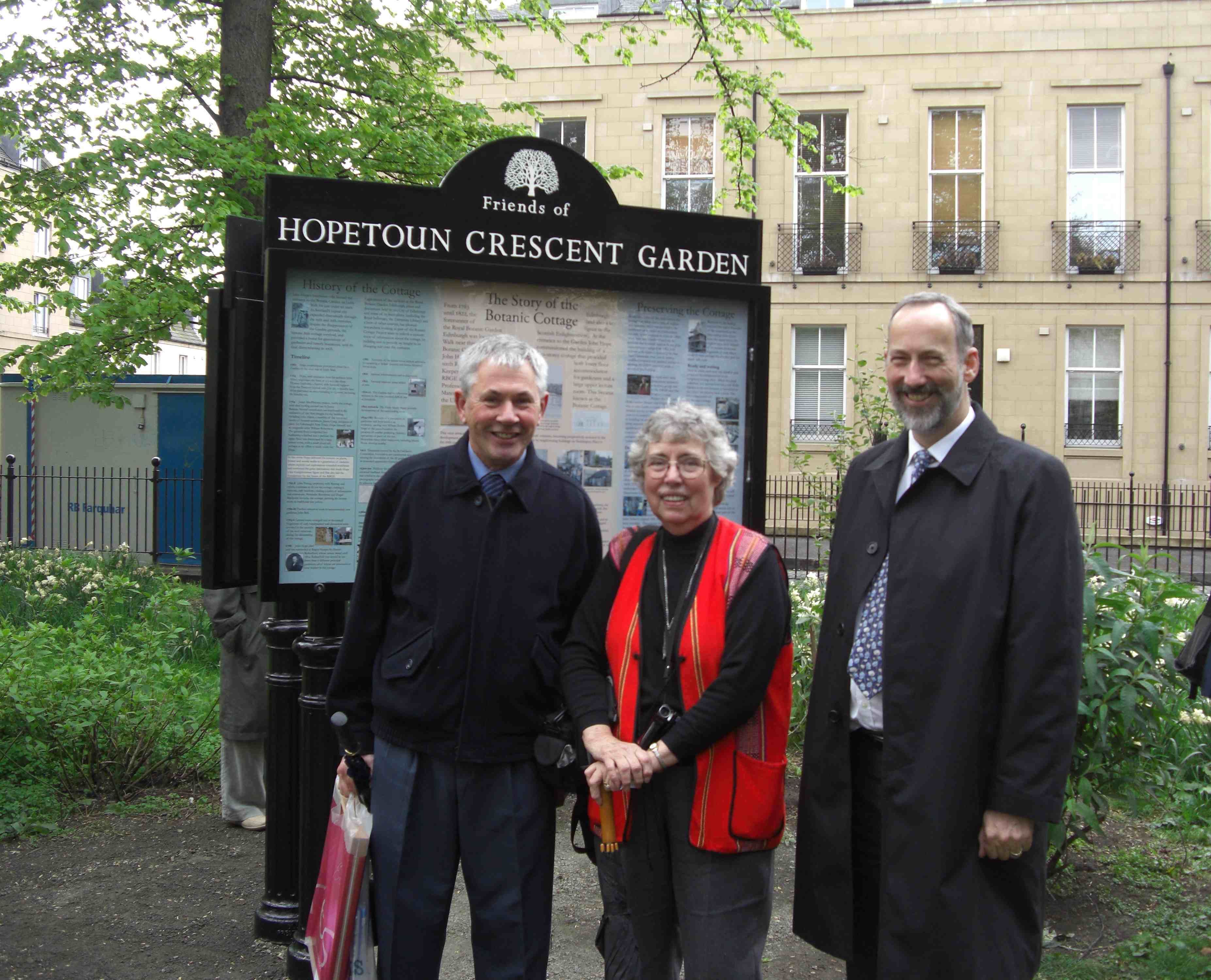 Various complaints about traffic topped the list of what interviewees most disliked about living in Broughton. High amongst the positives was 'having the city on your doorstep' and yet living in a residential area with parks, gardens, the Water of Leith nearby, paths to walk or cycle on – 'plenty of greenery'. When  asked a general question about what could be done to improve life in the area,  suggestions included planting more trees and flowers, and grassing over any spare spaces or turning them into play areas.

It's good to realise just how much has been achieved since those 1993 hopes were expressed, partly thanks to the City Council, but often largely due to the determination of local groups in the face of many obstacles.

Council and local residents worked together in an action group to design Hopetoun Crescent Garden, on a site that was unsightly wasteland in the mid-1990s. The Council did the conversion; the Friends of Hopetoun Crescent Garden was formed, involved local schools in planting flowers, raised funds for a magic circle of sculpted mushrooms and an information panel, helped maintain the garden, and more recently were involved in the Botanic Cottage Project and the installation of another panel about that (top photo): and the Garden has won a series of awards, most recently (August 2009) a Green Flag.

Within the same period the Friends of George V Park and Scotland Yard have achieved the transformation of that site, in partnership with the Council. Another group of local activists spearheaded the drive to convert the rundown playground in Broughton Road into an attractive haven for both children and accompanying adults (middle photo). Thanks to Redbraes Residents Association, a beautiful garden has been created in their area.

And now (2009), after local residents' persistence in pursuing funding for their project, we have the Barony Place Community Garden, complete with brand new play equipment and imaginative seating for adults (bottom photo).

Many interviewees in the 1993 survey praised their good neighbours, with comments about 'the friendliness of people'. One said how much they liked 'knowing people locally, bumping into them in the street'. Others commented on the 'good mix of people', 'mixed people and cultures, not like a housing estate', 'not too snobby and not too desperate', 'a balanced feel about the place'.

There were varying opinions about how strong Broughton community feeling was. Some thought it was just about right – 'quiet, friendly in an unoppressive way'. Others felt it wasn't as strong as it once was: one Bellevue resident thought some of the younger families that had moved in weren't so outgoing and chatty; while another suggested the sense of community hadn't gone, but had weakened due to social changes – such as women going out to work.

We believe that there is still genuine community feeling in Broughton, certainly amongst those who have put down roots here rather than just passing through. Read the front-page article in our August 2009 edition responding to adverse coverage of a death in Rodney Street in the mainstream media; or hustings coverage in Breaking news online (21.4.10). See one team member's ramblings at www.guardian.co.uk.

Whether or not you agree, we'd welcome your impressions.