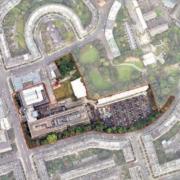 A second public consultation about plans for the former RBS site between Dundas Street and King George V Park has been postponed.

The New Town North PAN exhibition had been scheduled for 17 October. It will now take place in Broughton St Mary’s Parish Church on Thursday 5 December, from noon till 8pm.

In a statement issued yesterday, Ross McNulty, Development Director at Ediston, said, ‘We’re very pleased with the local engagement we’ve had so far, but we want to make sure we take the time necessary to  provide the best proposals to enhance the local area and deliver high quality new homes, offices and facilities.

‘We’ve been making progress, but as part of the design process we have had to analyse a huge amount of information and we still need to receive important feedback from some of the statutory consultees to inform our proposals.’

Local observers of the planning process have responded a little sceptically.

The public response to outline plans exhibited in September seems unlikely to have generated an unmanageable amount of information. And the developers will have known in advance the likely timescales for important feedback from statutory consultees.

So, an alternative reading of the Ediston press release is that elements of more advanced proposals than those aired in September have not met with complete approval from the Council and/or Historic Environment Scotland, and it is responding to these reservations that has caused the delay. 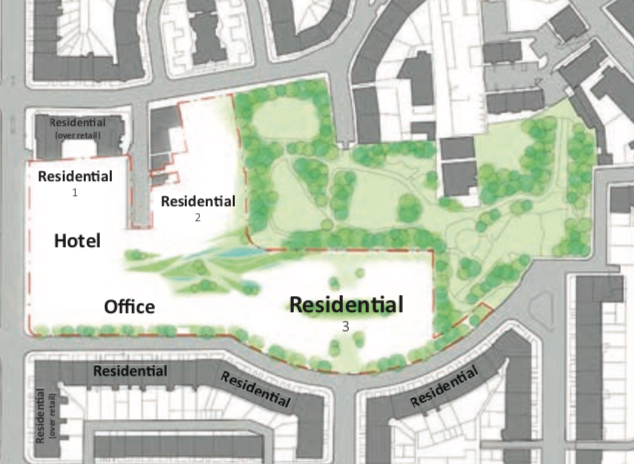 Elsewhere in his statement, McNulty referred to New Town North as ‘a complex site with important links to some of Edinburgh’s finest streets and green spaces’. Negotiating those relationships is always going to be a challenge, particularly at a time when residents are acutely sensitive to commercial erosion of public park amenity.

Spurtle welcomes the developer’s determination to make this project a ‘world-class addition’ to the city, and if that means taking a little longer than first envisaged then so be it. 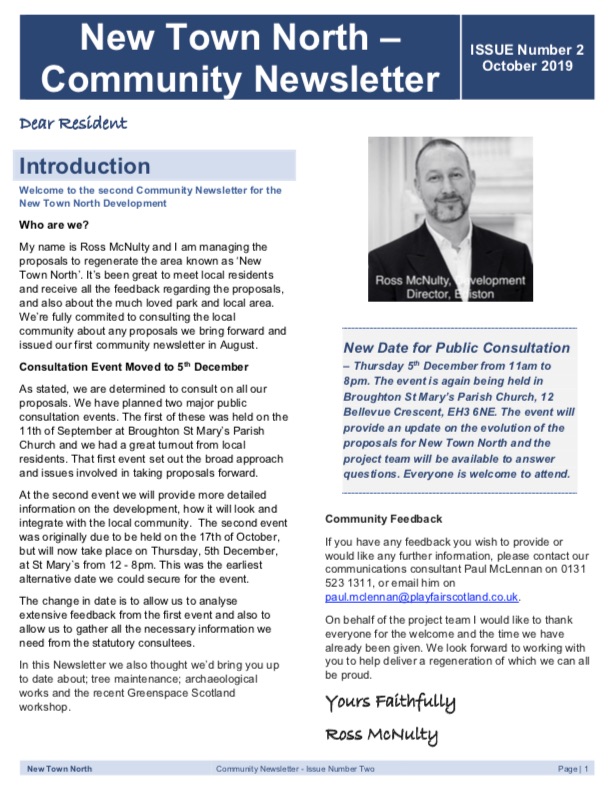 He reiterated that this is a complex site with many matters requiring consideration.

Some feedback has been received already from Historic Environment Scotland. Other feedback is still awaited from: Council Planning, Education, and Transport officials; Water authorities; the Urban Development Panel; and Greenspace Scotland.

Local community responses made after the earlier exhibition in September have been mixed, but were all informed, thoughtful, and useful. Where concerns have been expressed, these were already recognised and being addressed by the developers.

McNulty says his team is eager to present as detailed proposals as possible at the next PAN consultation, but ultimately the 5 December date was dictated by when the church building was available to let.

Spurtle notes that the second ‘New Town North Community Newsletter’ has recently been distributed locally. We attach a pdf copy below.