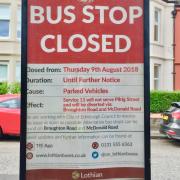 Lothian Buses’ Service 11 was suspended along Pilrig Street on 9 August because parked vehicles were blocking access to stops and making it difficult for vehicles to pass.

The service now diverts along McDonald and Broughton Roads.

A message attached to the stops apologises for any inconvenience, and a Lothian Buses spokesperson told us yesterday, ‘Due to daily occurrences of service disruption caused by poorly parked vehicles on Pilrig Street, we have been forced to divert our Service 11 until the situation is rectified.

'While we appreciate this is an inconvenience for our customers, we believe this will remove any uncertainty over service provision at these bus stops.

‘We are in discussions with The City of Edinburgh Council and hope the matter can be resolved quickly for the benefit of our customers.’ 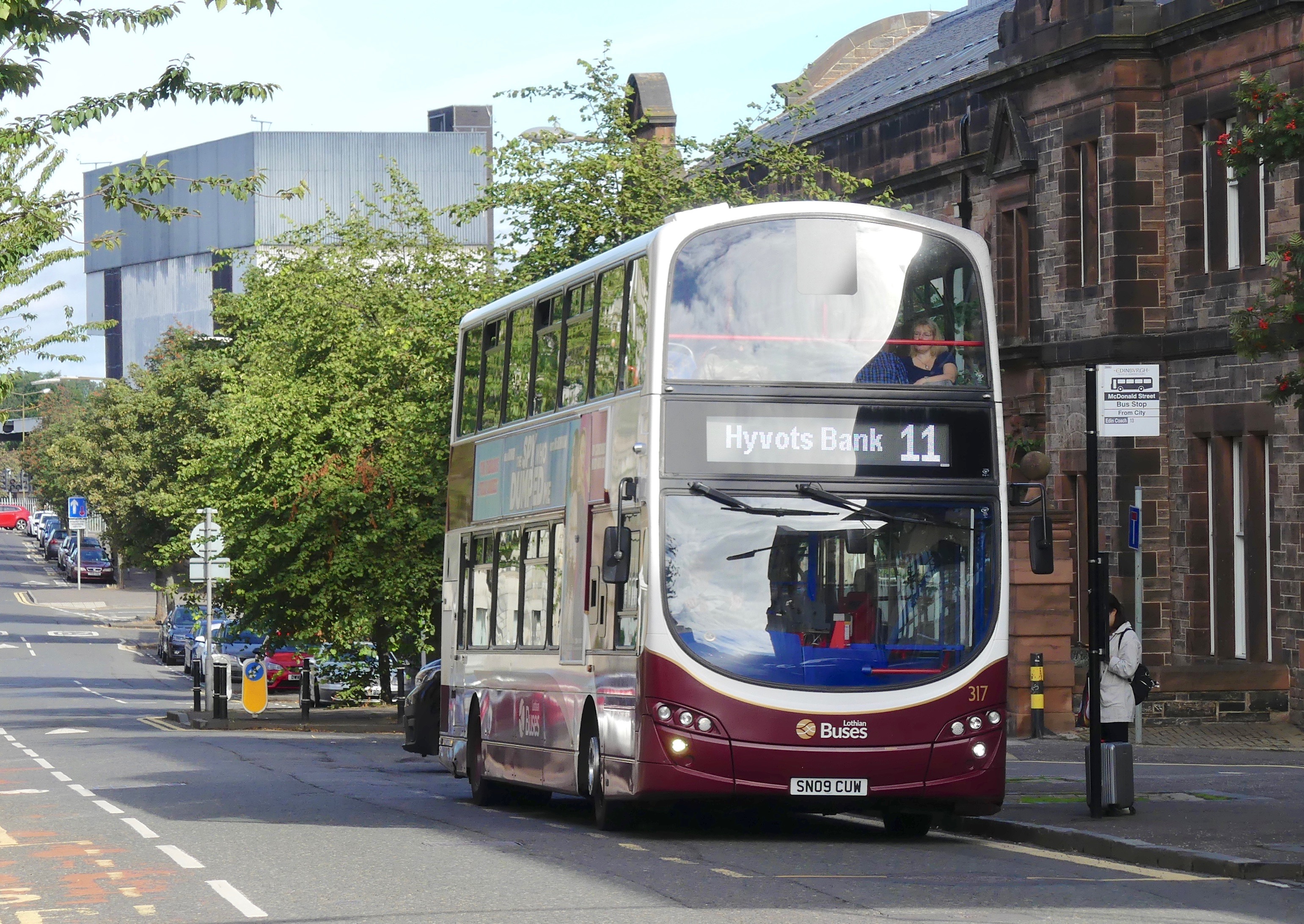 This is a problem that has been getting worse for months, caused largely by commuters seeking free spots, but also commercial vans parked at the Bonnington end of the road.

Anecdotal evidence suggests the situation has been exacerbated by an influx of Festival visitors – some in campervans – and the gradually inccreasing size of private vehicles. Worn out road markings around bus stops may also have played a part.

Leith Central Community Council has been pressing for an extension of controlled parking here and further north for months, and recently organised a petition calling for this measure which attracted hundreds of signatures (see Issues 269, 274). 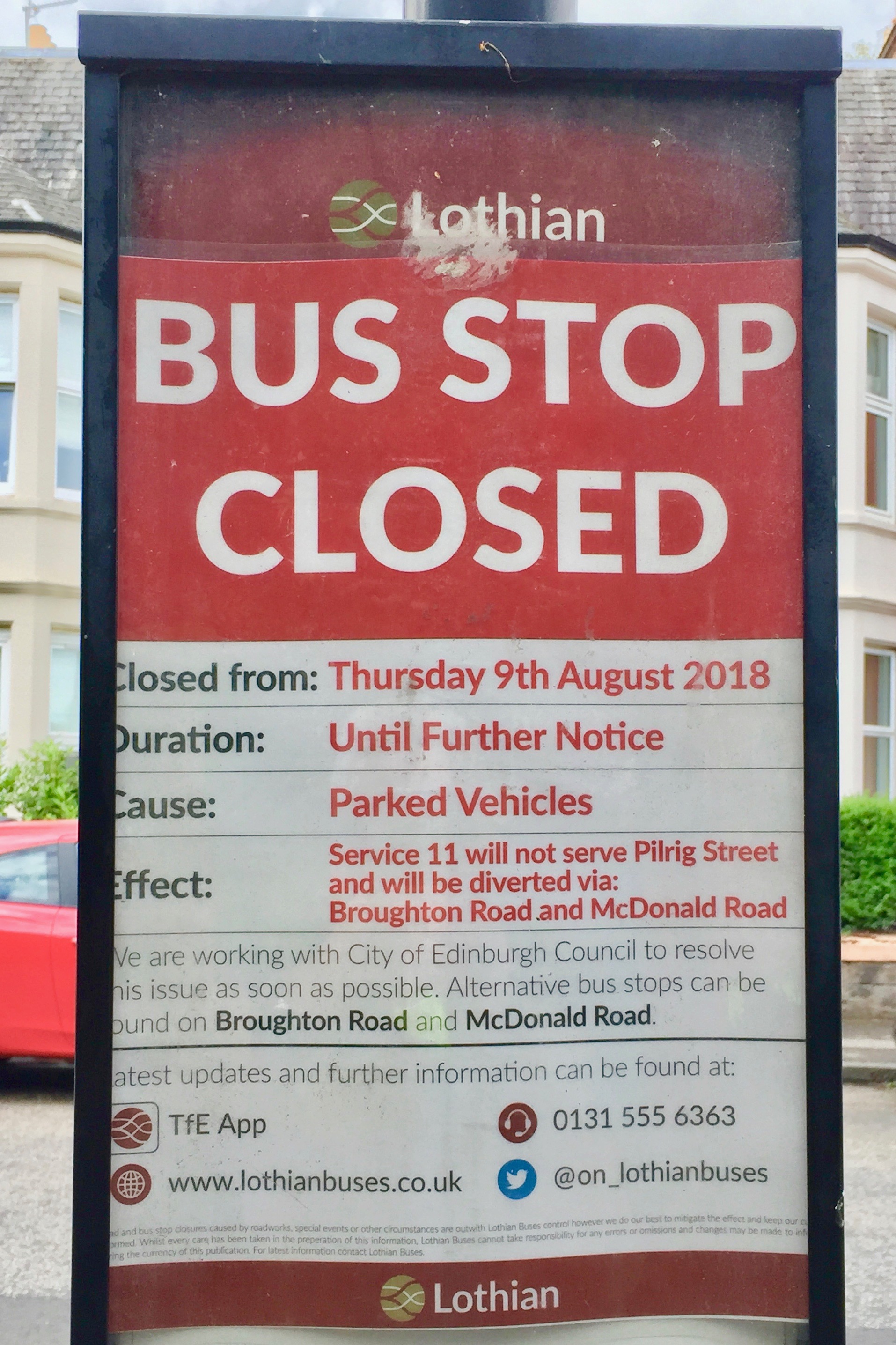 Impact on residents and visitors

Local bed and breakfast owner Louise Clelland says, ‘We have been in regular contact with Councillors and Council Officers with regards the impact of increased traffic on the street and pedestrians plus all of the associated parking challenges, but to no avail!

‘The closure of the bus stops on Pilrig Street will definitely have a huge impact on local residents – especially the elderly, parents with small children who rely on buses, never mind all the visitors who choose to stay at the numerous B&Bs in Pilrig Street.

‘I am extremely worried that our community in Pilrig Street is being ignored and that neither the Council nor Lothian buses are implementing a realistic solution for either the residents, business owners or tourists.’

Yesterday evening, a City of Edinburgh Council spokesperson told Spurtle, ‘In terms of road markings our Public Transport team are arranging for bus stops to be marked. Officers from Public Transport, Parking Operations and the Locality are to meet with Lothian Buses to determine if there are any other short-term measures we can implement.

‘Longer term, there is an intention to strategically review the parking across a number of areas in the City, and this includes Pilrig Street. This was agreed at Thursday’s Transport and Environment Committee' (see Item 7.6 HERE).

The recent impromptu diversion of the No 11 service (see first screenshot below) has caused considerable comment. You may be aware that the No11 traverses the most densely populated area in Scotland with the lowest car ownership per household in Edinburgh (Census 2011).

We are concerned that the cancellation of the service between Bonnington/Newhaven and Croall Place – especially in the absence of integrated and smart ticketing – was introduced without prior information (see second screenshot below taken this morning) or on the buses themselves (no systematic tannoy announcement).

We understand that this measure was introduced in response to ‘parked vehicles’ in Pilrig Street. Are there no other measures that could have been taken? For example, enforcement: have you been in touch with the police, who tell us they will deal with obstructing vehicles? What was the response you received?

I would be grateful for a full explanation and a date when the service will be fully reinstated to allow us to discuss this matter at the next Community Council Meeting on 20 August.

Thanking you in anticipation. 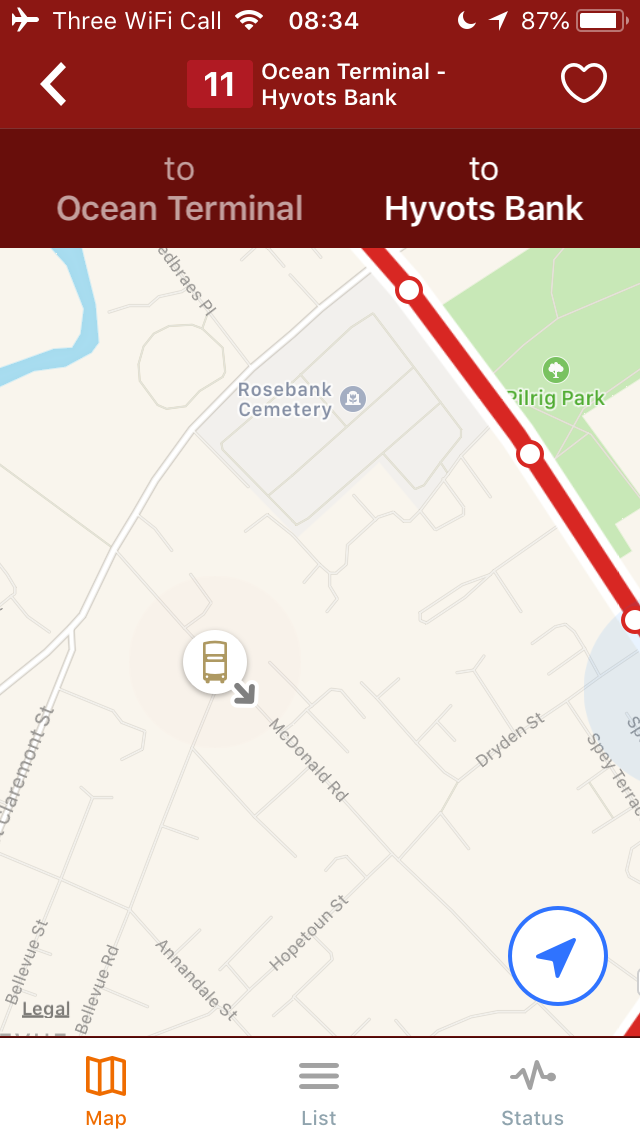 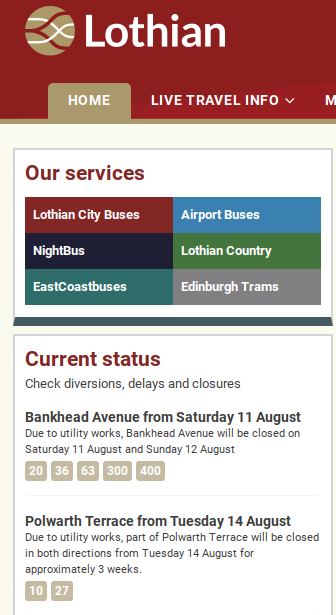 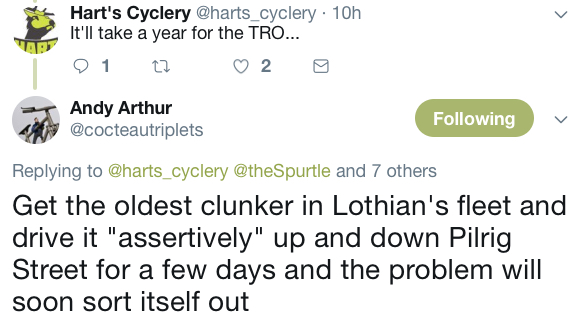 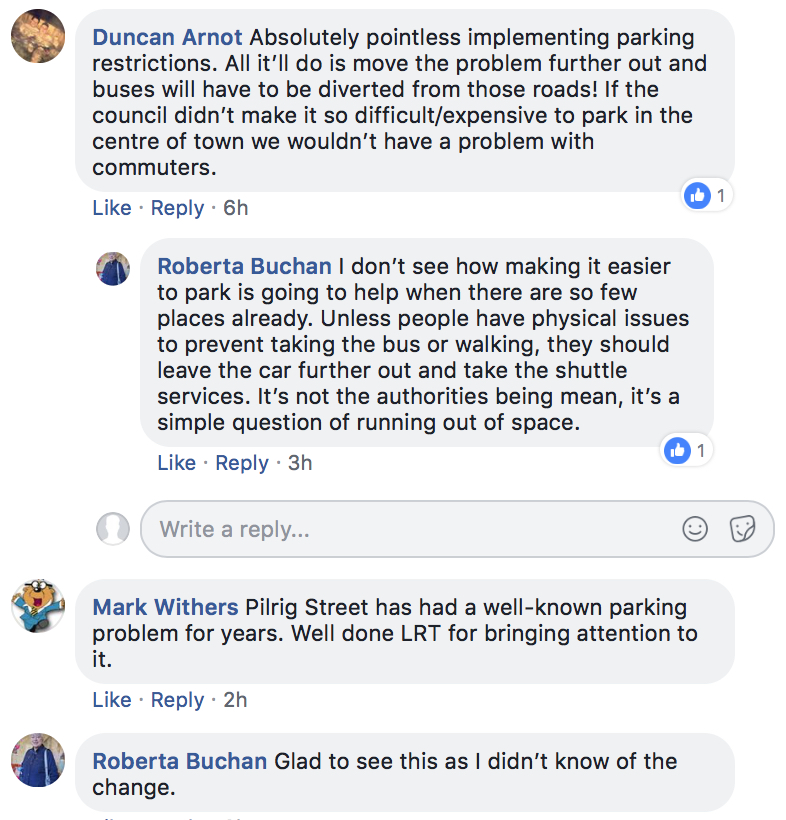 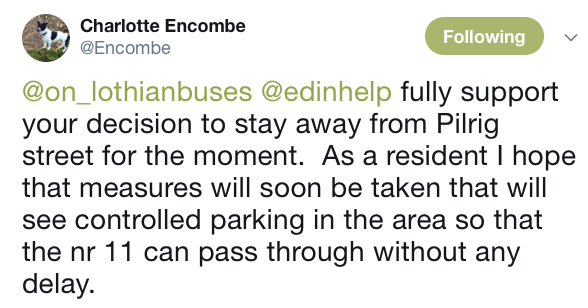 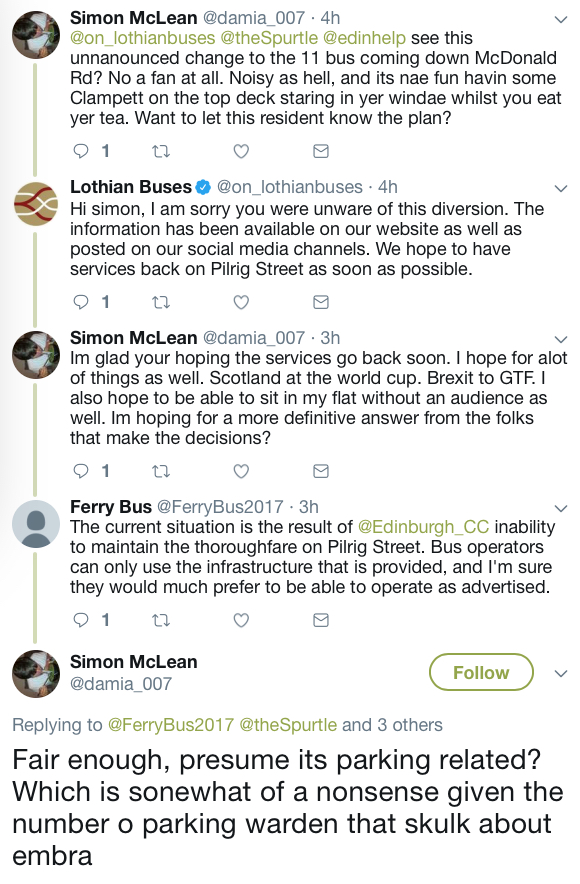