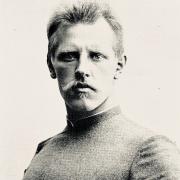 An autograph book, compiled between 1897 and 1933 and containing the signatures of roughly 300 historic celebrities, will be sold on 9 October to raise funds for Poppy Scotland. 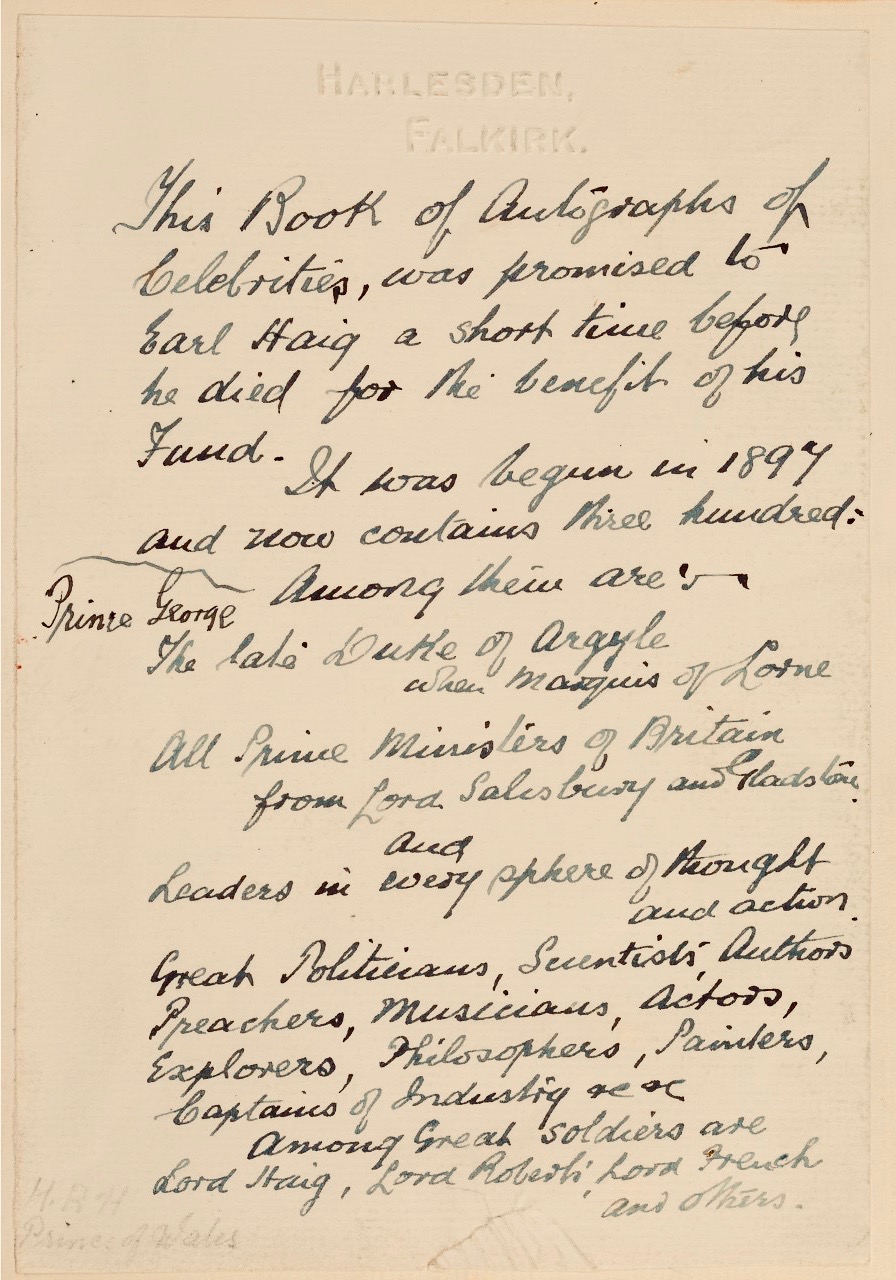 Lyon & Turnbull estimate the important, leather-cased collection will fetch between £1,800 and £2,200 at auction in Broughton Place on Wednesday next week. For further details, go HERE.

It was originally gifted to Field Marshal Douglas Haig’s Haig Fund around 1933 by one H.B. Watson (we think a highly successful bootmaker) who lived at Harlesden, a large house in Falkirk. The intention has always been to sell it to raise funds.

It has been in safe keeping at the Poppy Factory on Logie Green Road over recent decades, but re-emerged from obscurity during recent renovations there.