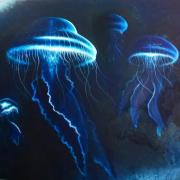 ‘It was the Law of the Sea, they said. Civilization ends at the waterline. Beyond that, we all enter the food chain, and not always right at the top.’

So wrote the US author and counterculturalist Hunter S. Thompson, and it’s a sentiment seemingly shared by several of the artists in this month’s joint exhibition Coast to Coast in the Union Gallery.

One of my favourite works was Mark Nicholas Edward’s otherworldly and unsettling 'Rosacea' – rendered with great realism but also a sense of almost sacred drama. Maybe it's all those blues that do it, or  the radiant solemnity, or the viewer's position below the bells and hoods and at lightning level.

Imogen Alabaster also revels in the rich strangeness of underwater life and perception. In the work below, a seahorse rides the bubbling tumult, its life oddly reinterpreted in the painting’s title: ‘Tell her I'll be waiting in all the usual places’.  The wit of a well-chosen song lyric, the touching ridiculousness of a fish finding himself a slave to love, is typical of Alabaster’s style. Hers is a very nicely judged balance of colour, motion and incongruity. 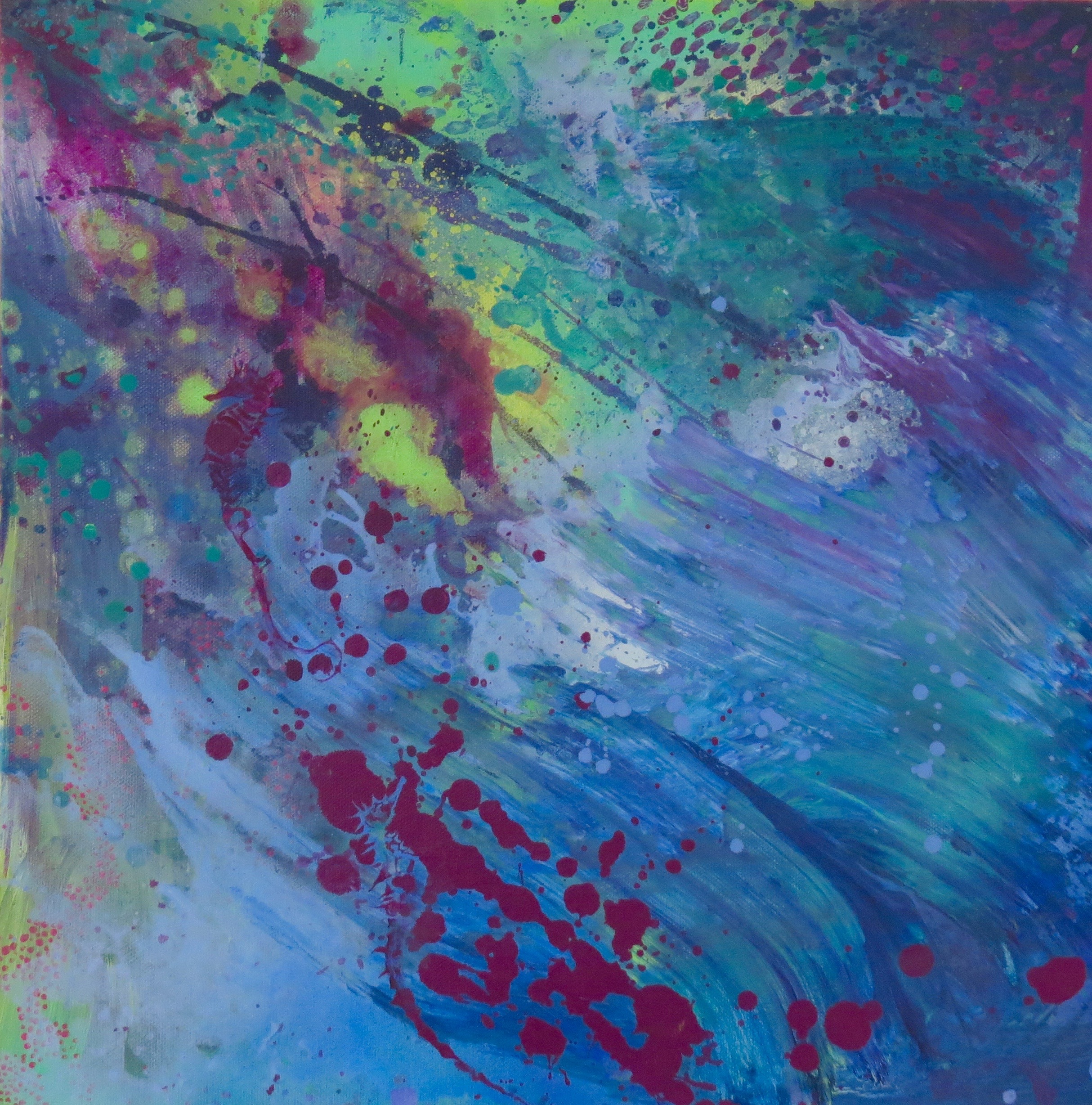 ‘Sundown’ by Hazel Cashmore is a rather brooding study, thoughtful and seaweedy despite the energy of the water. 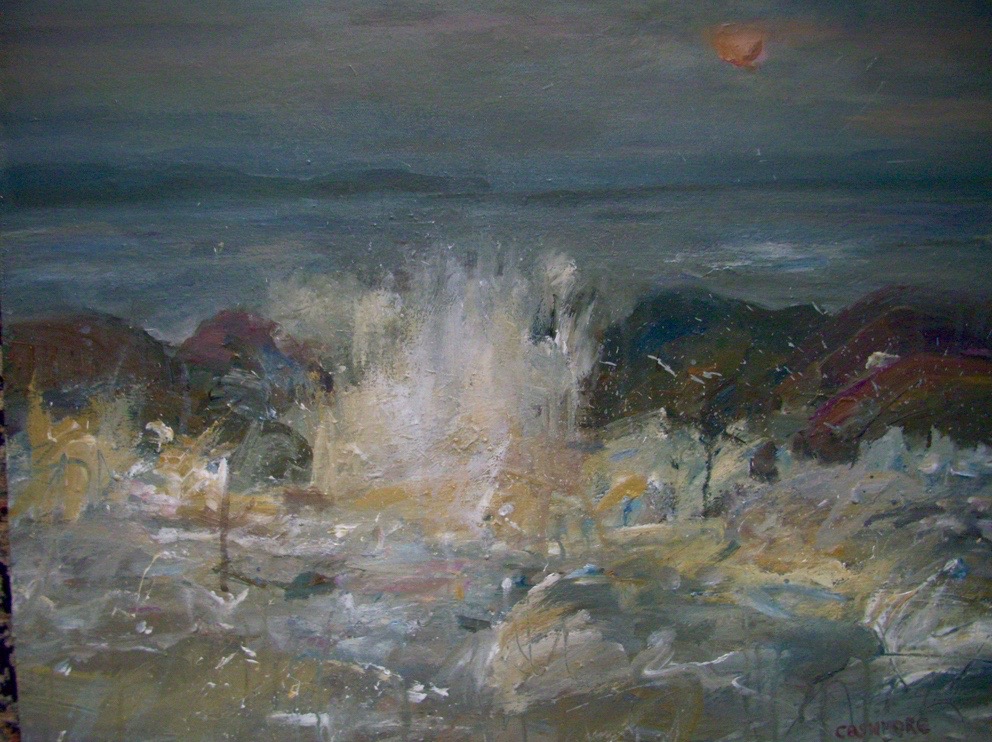 ‘Ailsa Storms’ by Ian Rawnsley employs a similar palate of colours, and is similarly unsentimental about its subject. I was intrigued by the subtle shafts of light and smearing rainclouds in the background, and by the heavier use of paint and palate knife in the churning foam. I like this developing semi-abstraction in Rawnsley's work and look forward to seeing more of it. 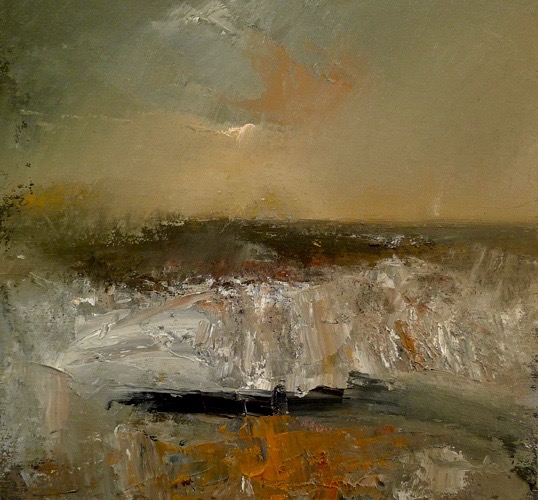 Beth Robertson Fiddes's ‘Night Tide Wave’ is all about the power of water – its crash and hiss, sweep and retreat – the frightful suck at your ankles afterwards. I have never trusted the sea since a  misunderstanding with the North Atlantic in childhood. This painting confirms my worst suspicions. 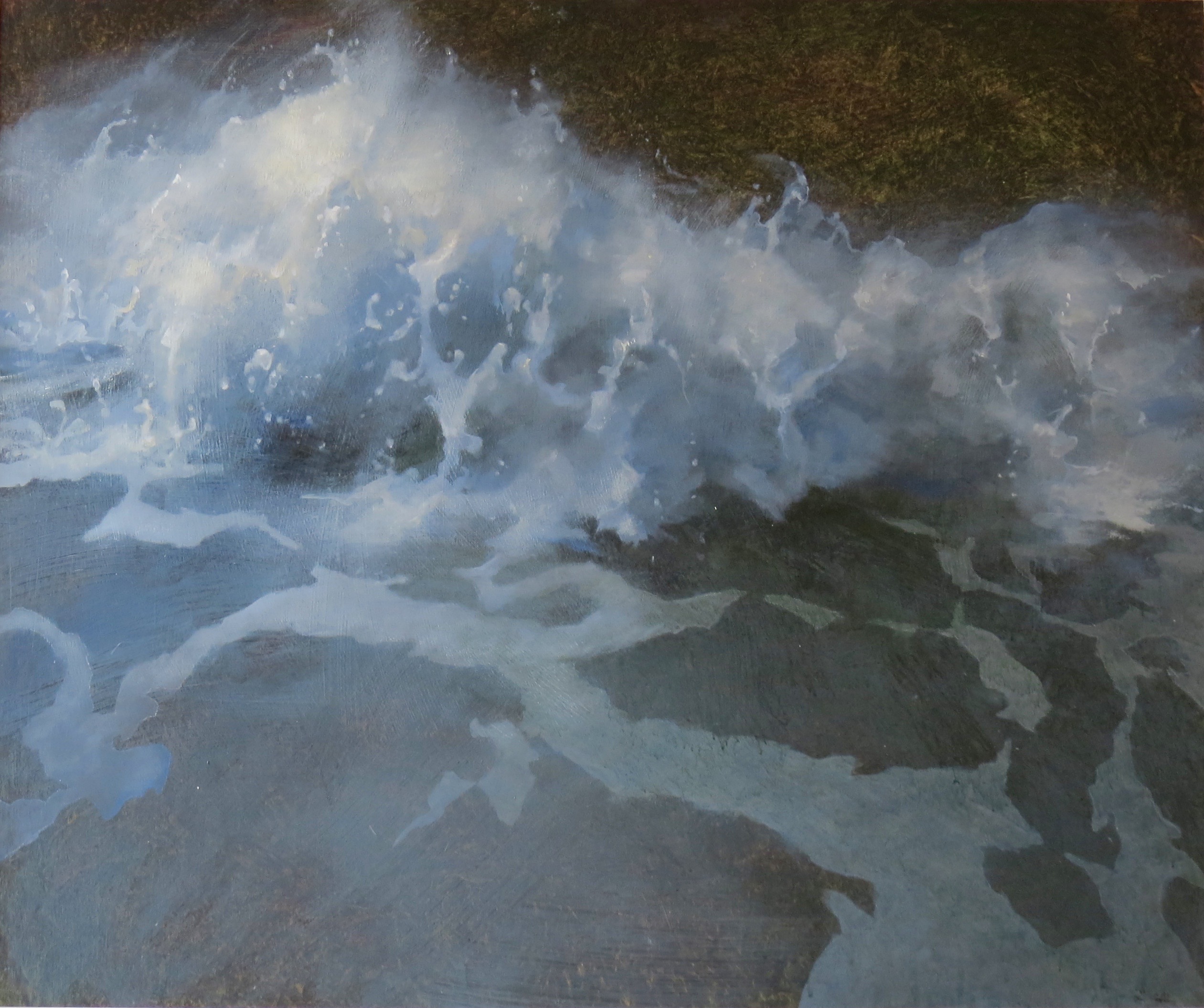 In complete contrast is the work of Union newcomer Susie Christie. Her style is rather mysteriously benign. The ‘Sheep at Cockle Bay’ enjoy a peaceful partnership of land and sea, a world of harmonious and satisfying curves, calm waters, sweet grass and luminous promise. 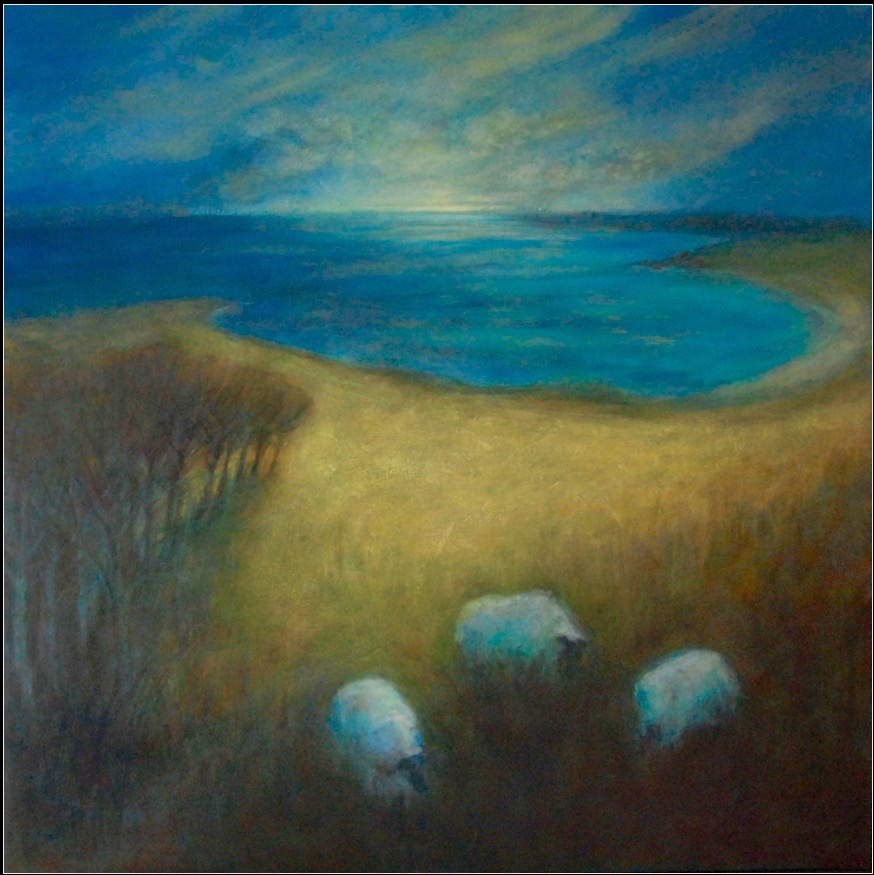 Finally, a word for Michael McManus’s ‘Oceanic Erratics’ (below). Fashioned from 200-year-old beech, they are extraordinarily tactile objects. Resembling huge polished nuts, or hatched eggs, they invite your concave palm across their convex smoothness. Absolutely delicious, and, for those with insufficient room to keep them in the house, suitable for display outdoors. —AM

Coast to Coast continues at the Union Gallery (45 Broughton Street) until 5 July. 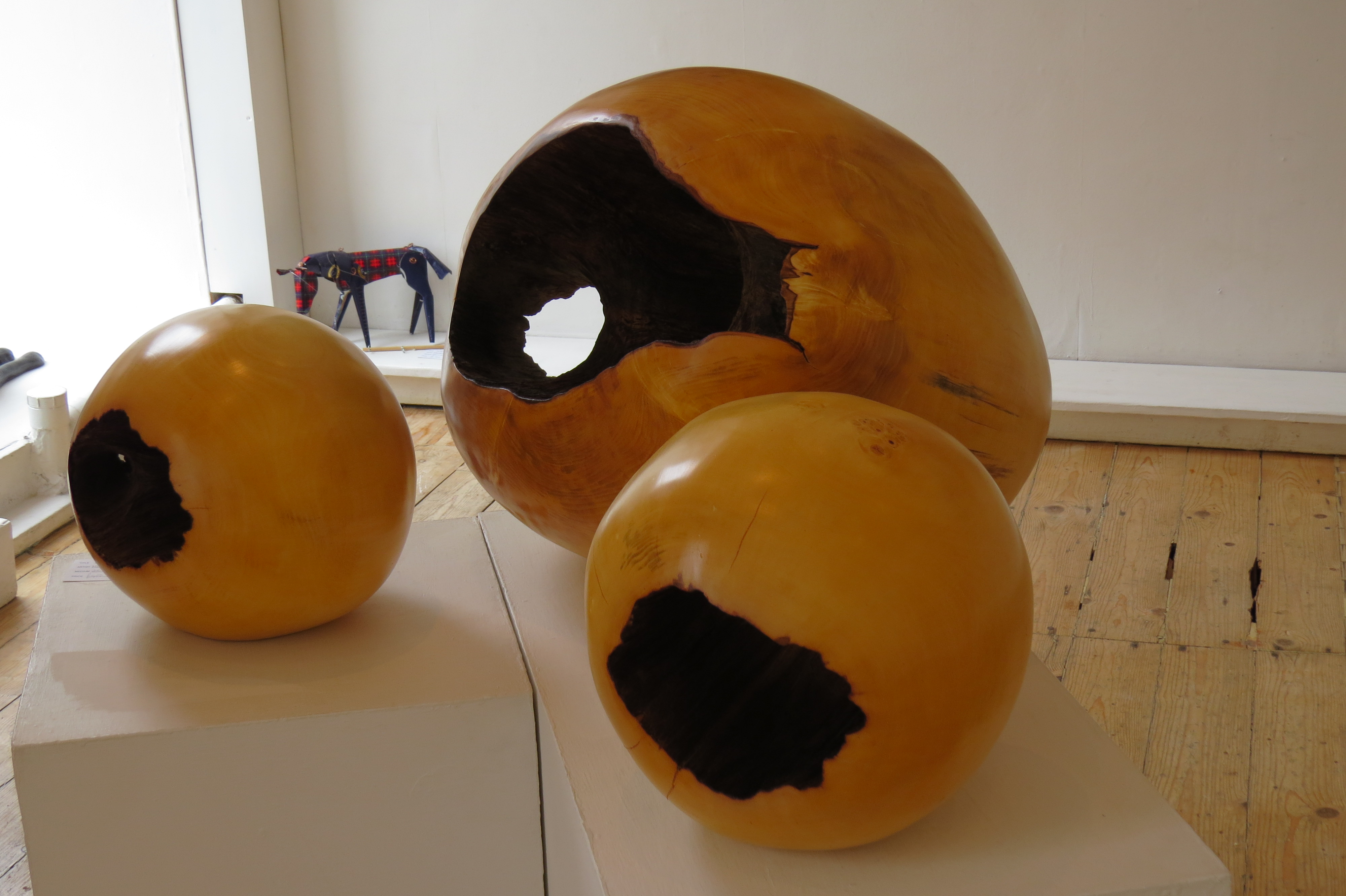