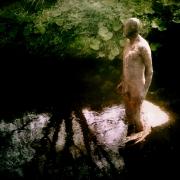 It is now over five years since Antony Gormley’s 6 Times was revealed to an excited Edinburgh.

The cast-iron figures stretching from Belford Road to the sea via the Water of Leith were an intriguing contemplation of person and place, statement and entropy.

They would, said Gormley, probably last a thousand years.

As is now depressingly familiar, the four riverbed-mounted figures – three of them in or bordering Broughton –  were soon removed to storage. Unable to withstand the Water of Leith's occasional increases in flow, the toppling statues had proved too costly and inconvenient to maintain in the water.

For the time being, the work is ruined, incomplete, invisible. 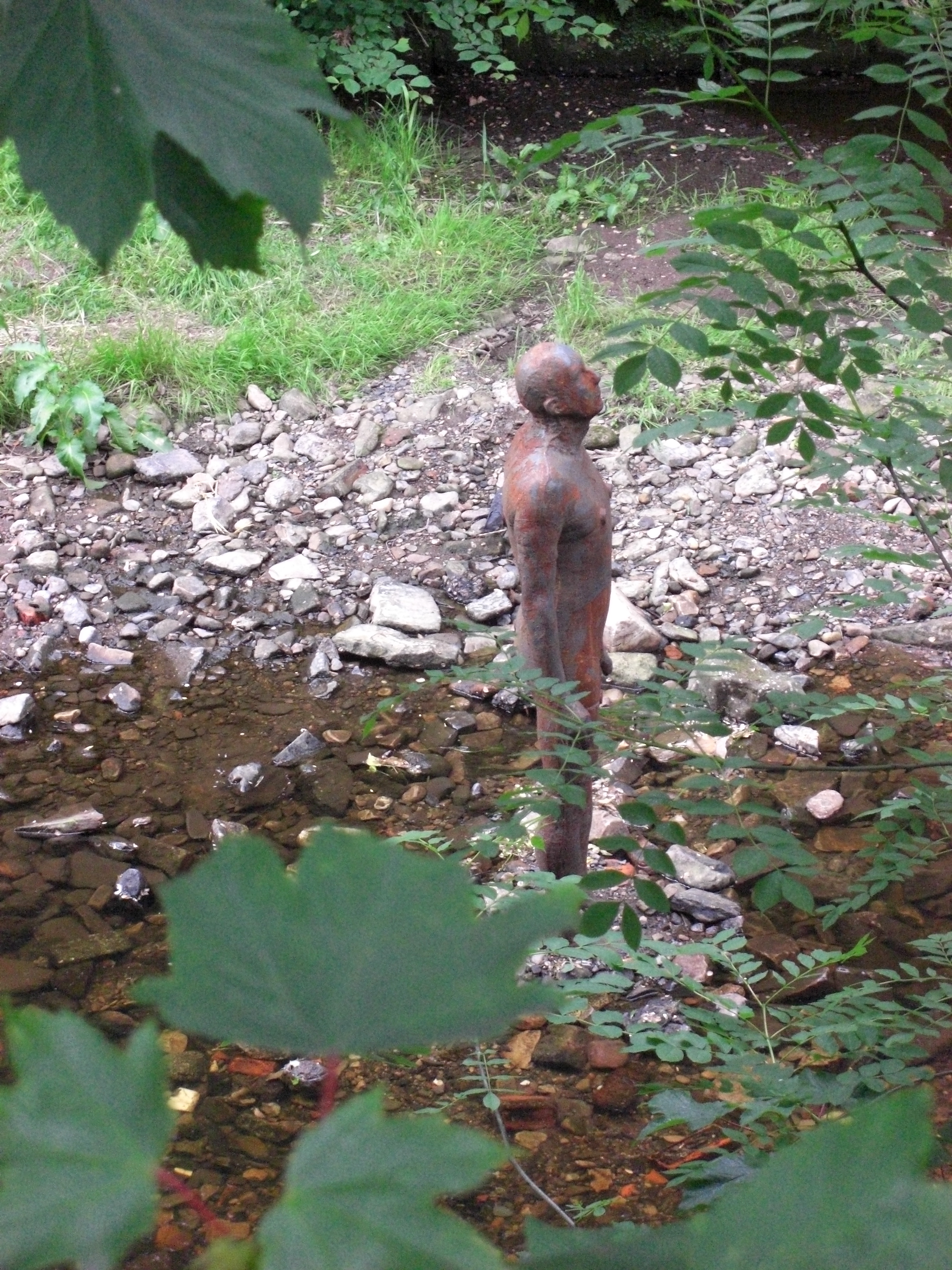 From the outset, Spurtle has been a great admirer of 6 Times.

And because we liked it so much, we have enquired frequently about what progress has been made in restoring it to the river, or otherwise modifying its design and siting so that the public can again enjoy it.

However, our enquiries to the National Galleries of Scotland (NGS) have always been met with polite but anodyne assurances that discussions continue between them, Gormley and other parties (presumably the Scottish Environmental Protection Agency and City of Edinburgh Council).

Gormley himself is screened by assistants who refer all queries back to that deadest of all dead bats: the NGS Press Office.

With yet another year passed and nothing seeming to have changed, we’ve grown impatient. So in June, we began digging away at the problem with a Freedom of Information request.

Totting up the cost

We asked for a breakdown of how much and in what ways private and public money has been spent on 6 Times since it was first commissioned.

The following costs have been incurred by NGS since the launch of the work: 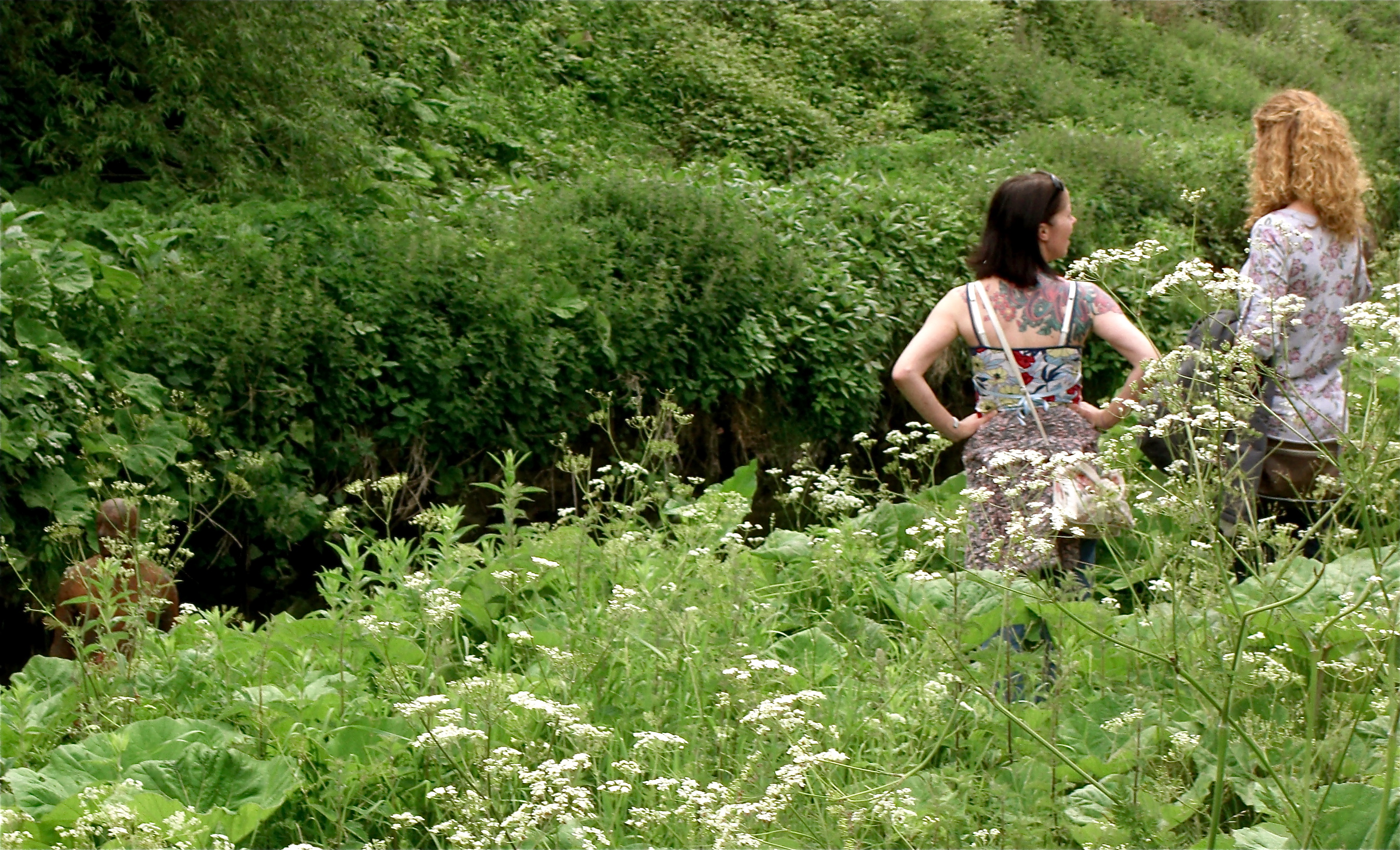 This is not a sum likely to require intervention by the International Monetary Fund, but it's eye-watering enough given that there's so little to show for it.

Spurtle will therefore continue to use FOI requests to probe the NGS on its future plans for 6 Times. Alternatively, this much-loved institution could drop the usual bland nothings and issue us with a clear-cut statement of progress so far and a schedule of actions planned for the future. 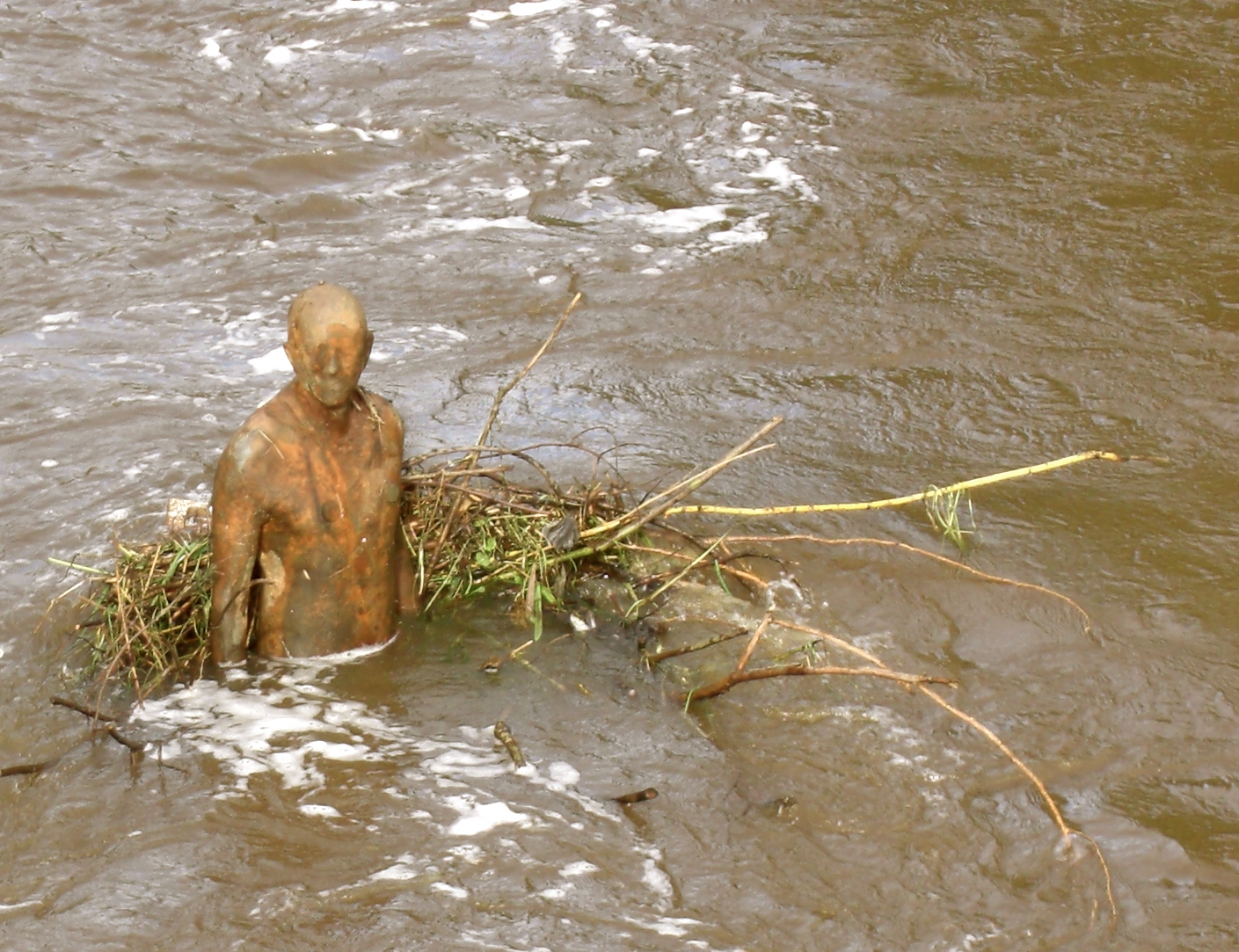 Rachel Bell Walked down the Water of Leith on Saturday looking for them, was wondering. Feel slightly different about them after this peek behind the curtain- they are (were?) fantastic, but half a million pounds fantastic.... Hmm.

Rachel Bell Particularly as they're gone!

Gary Kerr  What a shame.

@lattegirl10 @theSpurtle I think the error was in thinking they COULD be permanent, as naked Gormleys have caused problems in every other>

@theSpurtle In the absence of the Gormleys, could we install the mini Kelpies in the Water of Leith? Drown the bastards.

Susan Bell by email: Hi, They didn't do it for me. Glad the carbuncles are gone. Hope no more public money's squandered on this kind of tosh.

@theSpurtle have you got the data to work out how much they cost per month when they were in the river?

@EllaTasm No. £2k weed & debris removal, but lost count of how many days in/out of water. Early re-erection costs were borne by contractor.

@NTCleanStreets @theSpurtle I'll steal half a dozen trolleys from Waitrose. We can call the resulting artwork '6 Crimes'.

@theSpurtle @NewTownFlaneur Felt like a scam, or a STALKER, to me - having seen his naked form pop up Crosby/NY/Austria emperors new clothes

@NTCleanStreets @theSpurtle @EllaTasm displaying art costs. Usually maintaining a gallery.. in this case a waterway. These statues were fab

@NTCleanStreets the interesting bit wasn't the naked form, but showing the river topography thru the body form @theSpurtle @NewTownFlaneur

Andy Connelly-Nimmo Rather than allowing them to gather dust in storage, how about asking one of Edinburgh's universities for help? Surely this is the sort of real-world challenge which could be opened up as a competition to engineering students, who may be able come up with a new and innovative solution to putting the statues back in place, whilst keeping costs to a minimum?

@lattegirl10 @theSpurtle Gormley is Dream Merchant, doesn't get hands dirty with reality of interaction of his work with nature + weather.