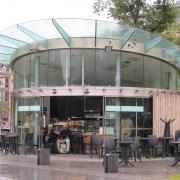 Costa Coffee will take over running the café pavilion in St Andrew Square ‘Garden’, a reader pointed out to us today.

The company was granted a Building Warrant on 11 August to refit the premises according to its own style and requirements (Ref. 15/02546/ALT).

We don’t know the date of the works, but assume they will follow the Festival. 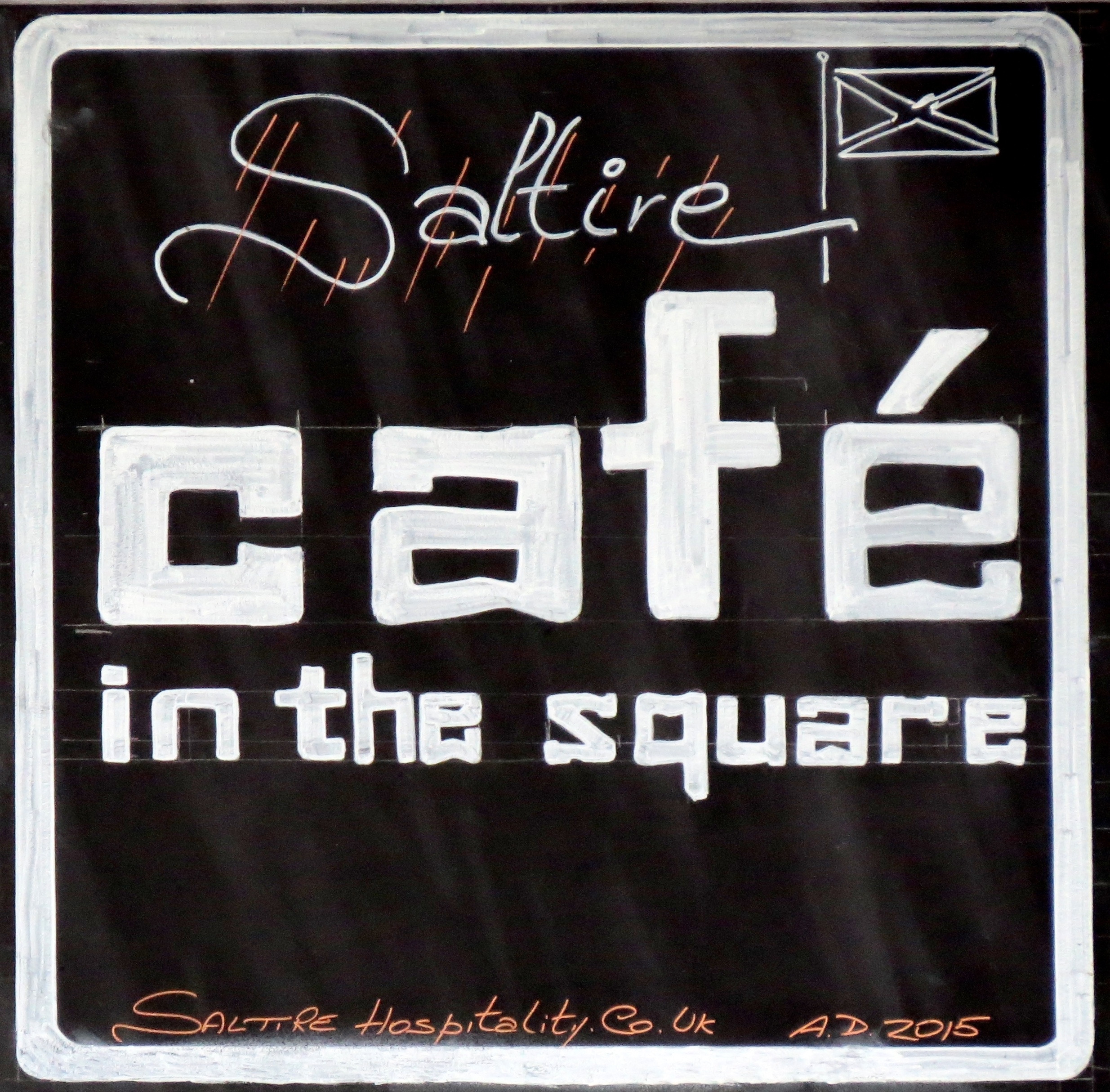 Out will go Edinburgh-based bakers and caterers Saltire Hospitality, which manage the pavilion at present. With them will depart any local charm. In their place will come the usual, unsurprising, multinational corporate coffee offer.

No-one was available at Saltire today to confirm when they would leave.

The application was scheduled to be determined by January 2015, but apparently was not. City of Edinburgh Council officials had packed up for the weekend when we enquired into the matter earlier this afternoon. 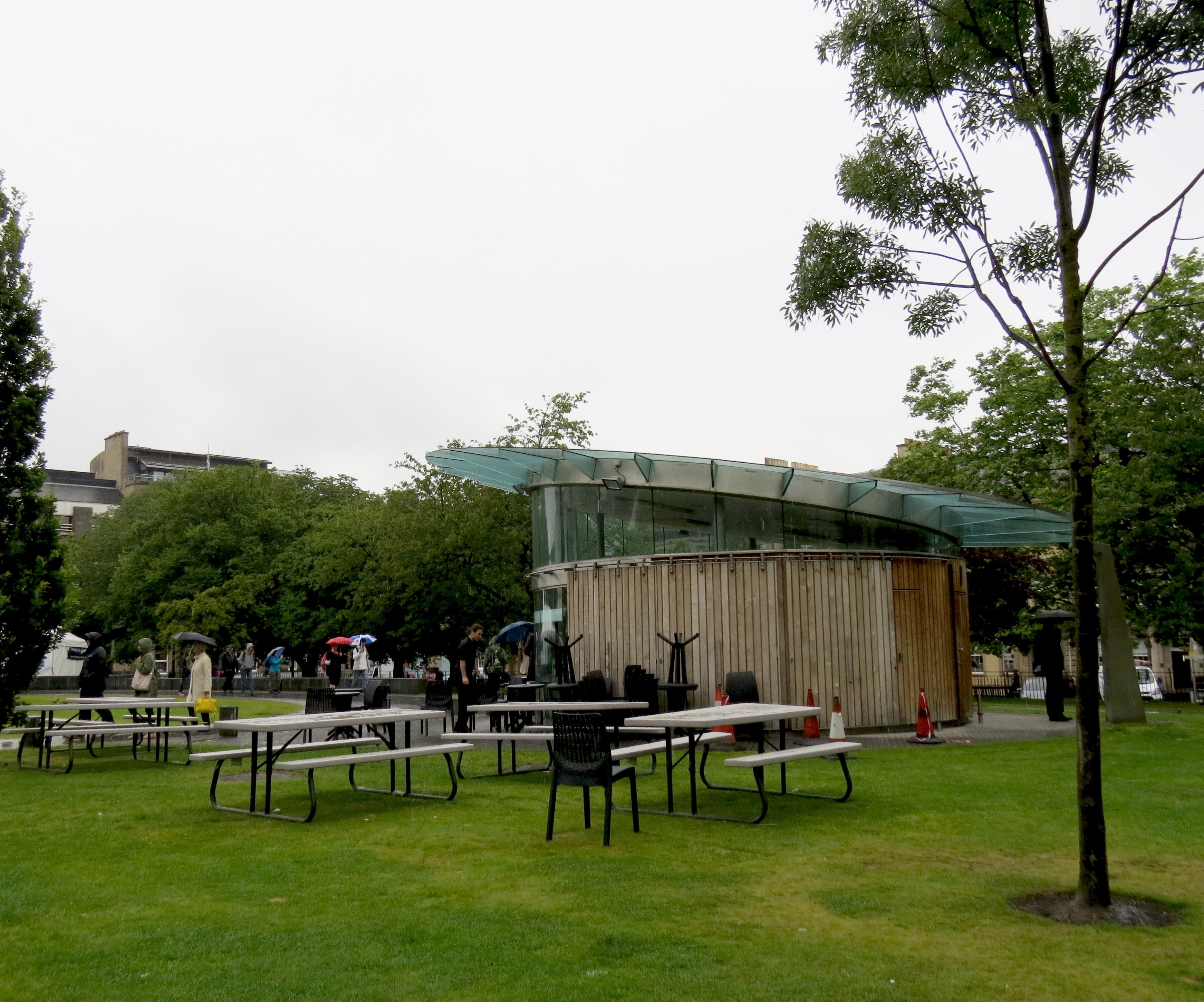 The application, in November last year, was to expand to the rear, creating 2 additional toilets and extra storage. The effect of that, said EE, would be to allow room for more people.

At first sight, the pavilion looks rather too modest in size to appeal to Costa. However, judging by the seats available outside today, the business may be able to increase its custom without having to build.

Trade at the pavilion was not brisk this afternoon owing to the weather. 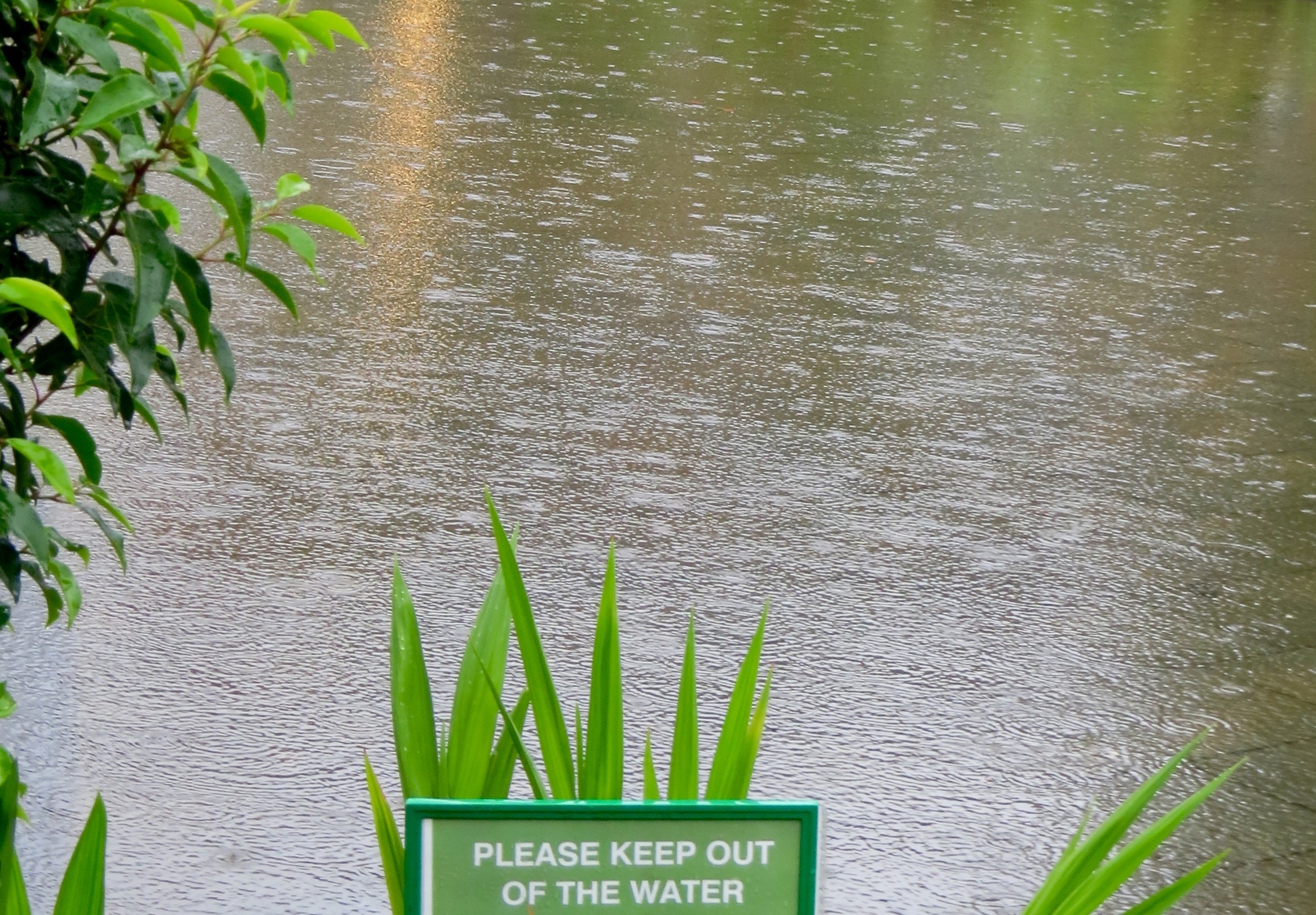 Ryan Bell That sucks. Hopefully the other coffee shops around will get more business and people avoid the awful Costa junk.

Conrad Rossouw What happened to blue bear taking it?

Andrew J Swanson I've just said the same, it was in the news months ago that the guys from Blue Bear at Brandon Terrace were going to run it and they even named it (I can't remember what it was going to be called) I actually thought they were running it now to be honest. Edinburgh seems to move at a snails pace to get anything to happen

Bill Dunlop Essential? To whom, may I enquire?

Costa coffee is one of the better brews.

Antony White Oh for goodness sake! Who the hell allowed that to happen? I don't get why they're that big as they're not that good, but then again, folk buy their stuff so who am I to argue?

Look, this is such total bullshit I don't know where to start. How about we #sacktheboard of Essential Edinburgh!

@theSpurtle so the rumours prove true. What a travesty. Is the whole point of the garden not to have somewhere unique and different?

@theSpurtle this such balls; final straw with "Essential Edinburgh" :-(

@Lunchquest @theSpurtle the reason of course has to be money Wonder how much @CostaCoffee have paid for this? Means no alcohol license too

@EdinJag @theSpurtle or selling hugely profitable coffee. And little else except those little buns they do with the cherry on top....

Where once we had @Razzo_Coffee then we had @cafebluebear now we have Costa Please explain how this is "business improvement" @edinburgh :-(

Peter Bewsey More hot milk, wonderful. No doubt because its a big chain the council will let them do what they want.

Broughton Spurtle It's about more than coffee. Civic self-respect. Essential Edinburgh don't get it. Do you @AndrewDBurns ?

Cllr. Andrew D Burns ‏@AndrewDBurns @theSpurtle of course I get the point you're making .. let me check it all out on 'Monday/early next week' and I'll get back to you; Andrew.

10 hours ago@AndrewDBurns To avoid any doubt: it's not about naive hate of business. Think today's 43k+ fear CEC and EE lack sense of place/community.Edinburgh, Scotland

@AndrewDBurns To avoid any doubt: it's not about naive hate of business. Think today's 43k+ fear CEC and EE lack sense of place/community.

@theSpurtle @AndrewDBurns in St A square? Sure they'll come out of Harvey nick's gasping for some sense

Andrew J Swanson I thought the guys from Blue Bear at Brandon Terrace were taking over the running of this it was in the papers months ago ?