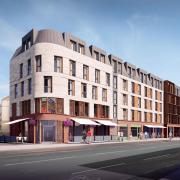 END OF A STOREY NOT THE END OF THE STORY

Drum Property has made significant revisions to its plans for Stead’s Place, reducing the height of the development by one storey on Leith Walk. 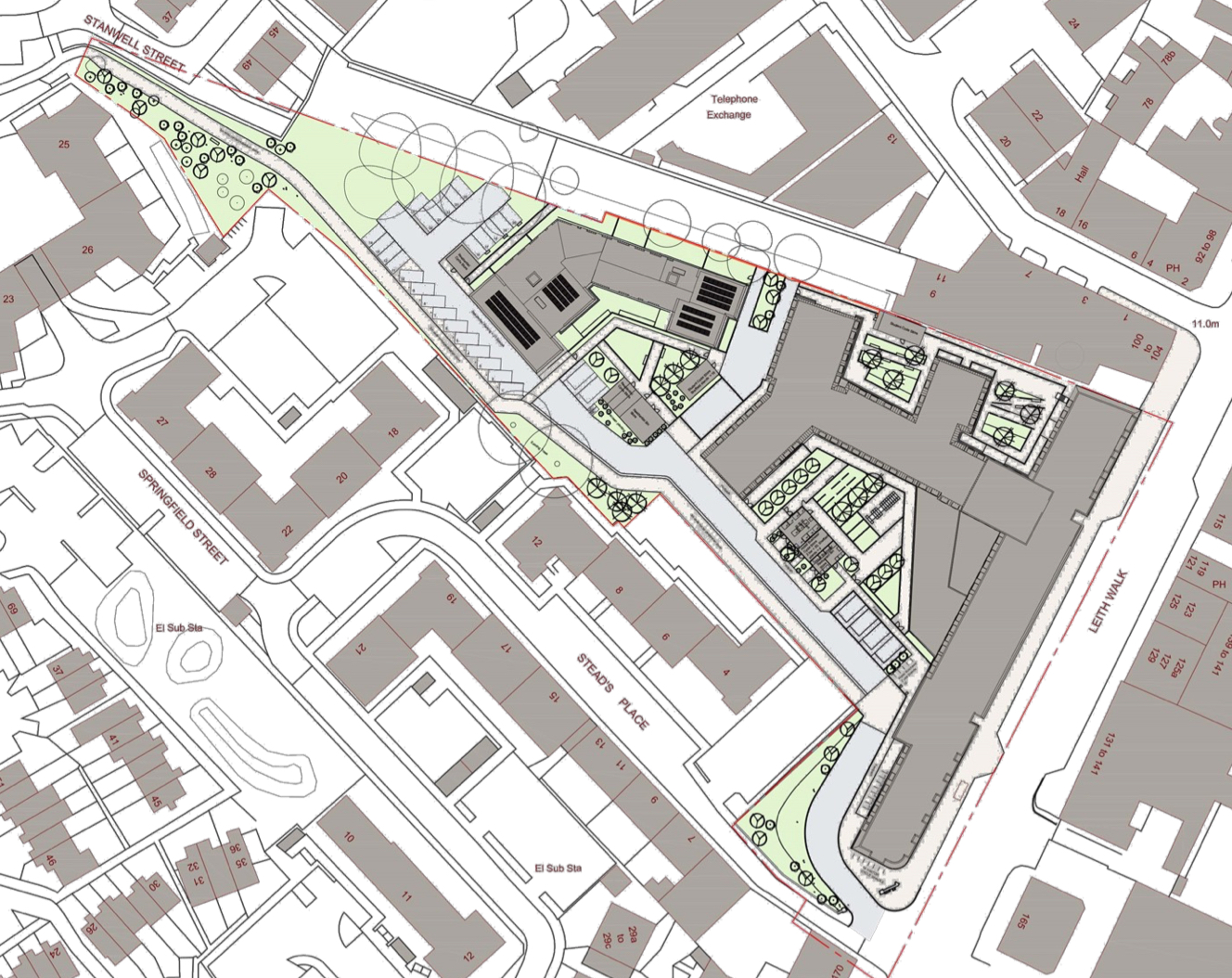 The reduction in height came in response to comments from locals, Planning officers, and Historic Environment Scotland.

Spurtle’s first reaction is that these amendments are a clear improvement on previous proposals. They will not, however, go any way towards resolving more fundamental local concerns about loss of Leith uses for Leith people.

In a parallel line of correspondence, Historic Environment Scotland wrote to the Planning Department on 1 November [see HERE].

HES said that the existing Stead’s Place building makes a positive but not significant contribution to the Leith Conservation Area. Based on this strictly legalistic line of reasoning, HES did not object to Drum’s application.

HES noted though that Historic Environment Scotland Policy Statement guidelines say a positive effort should be made to incorporate contributing buildings of this kind, and that HES was ‘unconvinced’ such an effort to retain or reuse the Stead’s Place structure had been made.

In a significant passage, HES contested Drum’s assertion that tenements are the prevailing style in the neighbourhood. Instead, it quoted part of the Conservation Area’s Character Appraisal, which describes this section of Leith Walk as ‘characterised by a mix of buildings of widely varied designs, uses, quality and relationship to the street’.

… if your Council considers a case has been made for the building’s loss [CEC made exactly that decision in August 2008], it will be important to assess whether the replacement development has taken enough design and massing cues from the conservation area to preserve its character and appearance. If the decision is that the new development fails to preserve the conservation area, the presumption would be to retain the building.

So, for all Drum’s most recent concessions, for all Drum’s well-publicised ambitions to enhance the character and appearance of the conservation area, HES’s nice point on preservation is a material consideration which members of the Development Management Subcommittee must consider carefully in due course.

Spurtle wonders whether it will carry sufficient weight for a politically convenient decision against the development to be made. 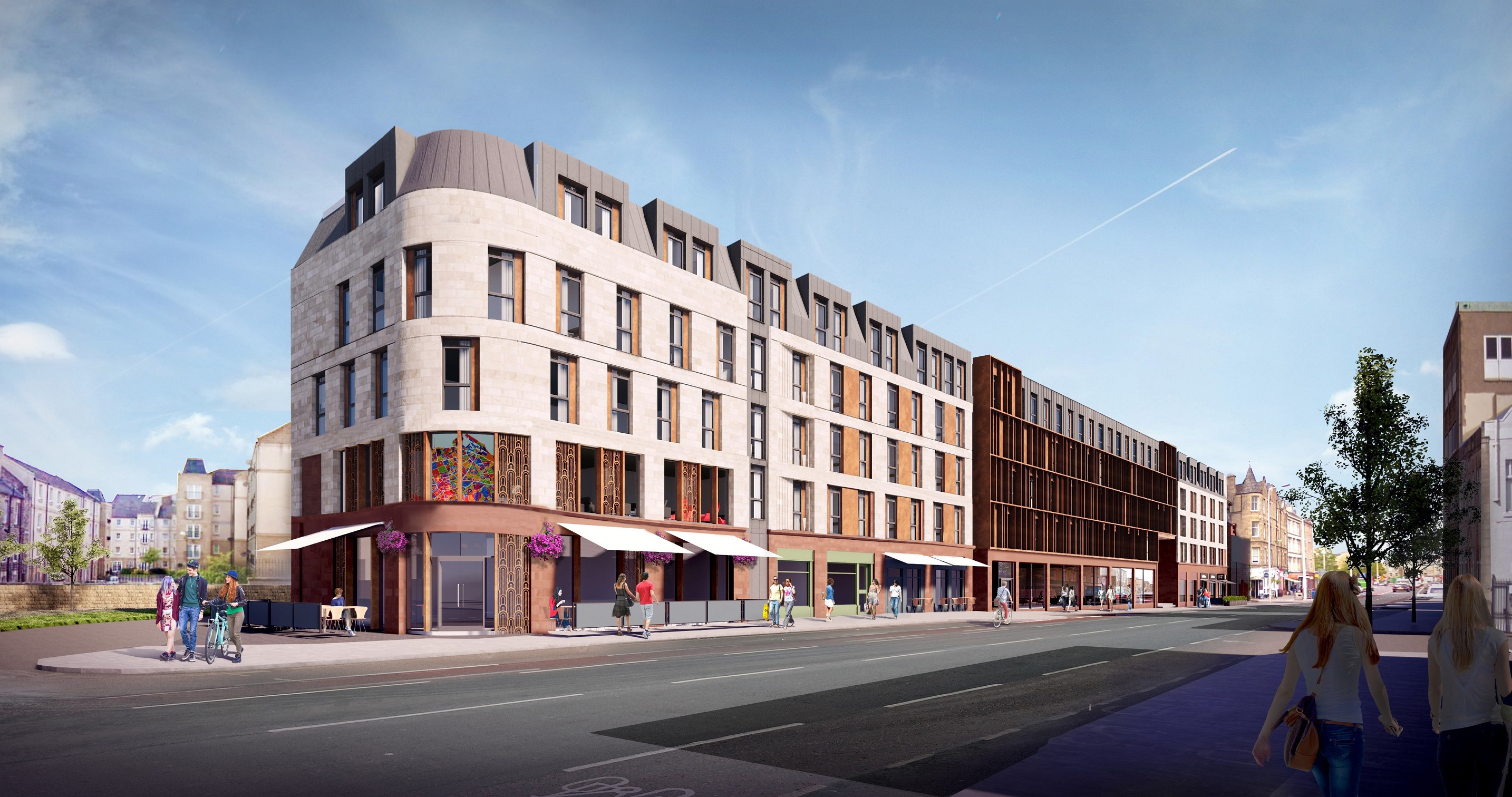 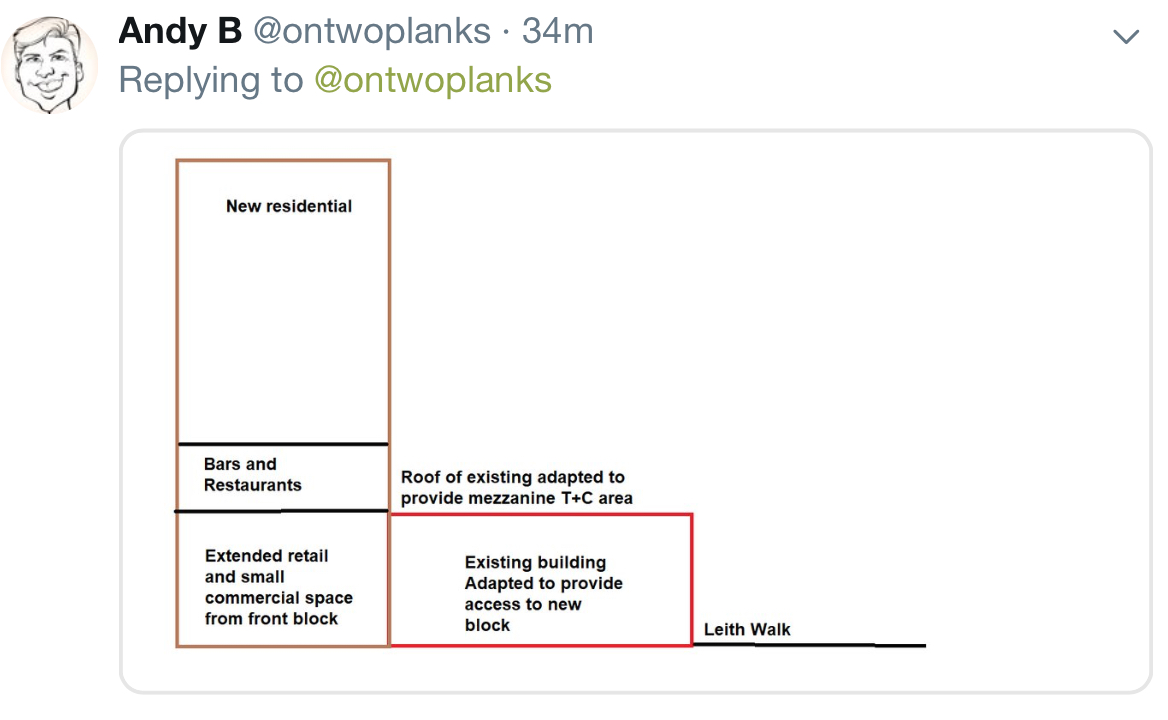 Drum Property Group has submitted revised design proposals in support of its planning application to transform a major section of Leith Walk, Edinburgh.

The revised proposals follow detailed discussions with the City of Edinburgh Council’s planning team after the main planning application was submitted in August this year.

Drum’s £50 million proposal for the 2.9-acre Stead’s Place site, near the foot of Leith Walk, is for a mixed-used scheme combining high quality, affordable housing for local people and post-graduate student accommodation - as well as a hotel, restaurant, café and retail units.

The most significant changes of the updated scheme include:

Welcoming the revised design proposals, Graeme Bone, Group Managing Director of Drum, said: “This has been a very high profile planning application and one that, if approved, will have a significant and positive impact on Leith Walk, and how it connects with the rest of the city.

“As such, we have worked closely with the council’s planning team following the initial submission and now have a design which reflects their input and feedback from the local community.

“By reducing the height of the building facing on to Leith Walk and the number of student rooms, we have a design which is more sympathetic to the building heights and front-facing facades of the surrounding tenements in the immediate local area.

“The clear distinction at ground floor level of the sandstone retail units from the residential accommodation above is more in keeping with the rest of the tenement buildings on the street.  And the rounded corner of the building with its first floor feature windows, offers the opportunity for eye-catching artwork in a highly visible location.

“We have also given a higher priority to pedestrians and cyclists including a well-defined, safe and well-lit path into Pilrig Park and beyond, as well as increased cycle parking on site.”

He added: “I am confident that our revised proposals will bring an added dimension to Leith Walk, opening up what is currently an inhospitable industrial site by creating a vibrant, contemporary and accessible community for residents and visitors alike.”

It is expected that the revised planning application will be discussed at the City of Edinburgh Council’s planning committee early in the New Year.