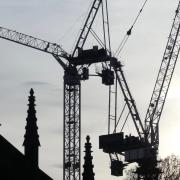 Leith Street will close to motor traffic again, this time for three weeks, from 7pm on 5 May till 7am on 25 May.

Most previous traffic diversions will return, but an Abbeymout gyratory will not be repeated as it takes too long to install and remove. Easter Road traffic-light filters will be adjusted.

Pedestrians will be able to pass via a short-term covered walkway. Cyclists will have to dismount over a 25–30m stretch.

The surprise news reflects ‘evolutions’ in the design of the new shopping centre caused by greater-than-expected distances between new structures and John Lewis.

Current cranes could not manoeuvre the 20 newly specified, 40-ton, 60-metre items of ‘steelwork’ to the right spot at the right time.

Instead, a 1,200-ton crane (one of only two in the UK) with a wider reach is required. It will occupy four lanes close to the Black Bull.

Only pedestrians and dismounted cyclists will be able to pass. Other traffic will return to previously familiar diversion routes, although the temporary Abbeyhill gyratory won’t return because it takes too long to set up and dismantle. 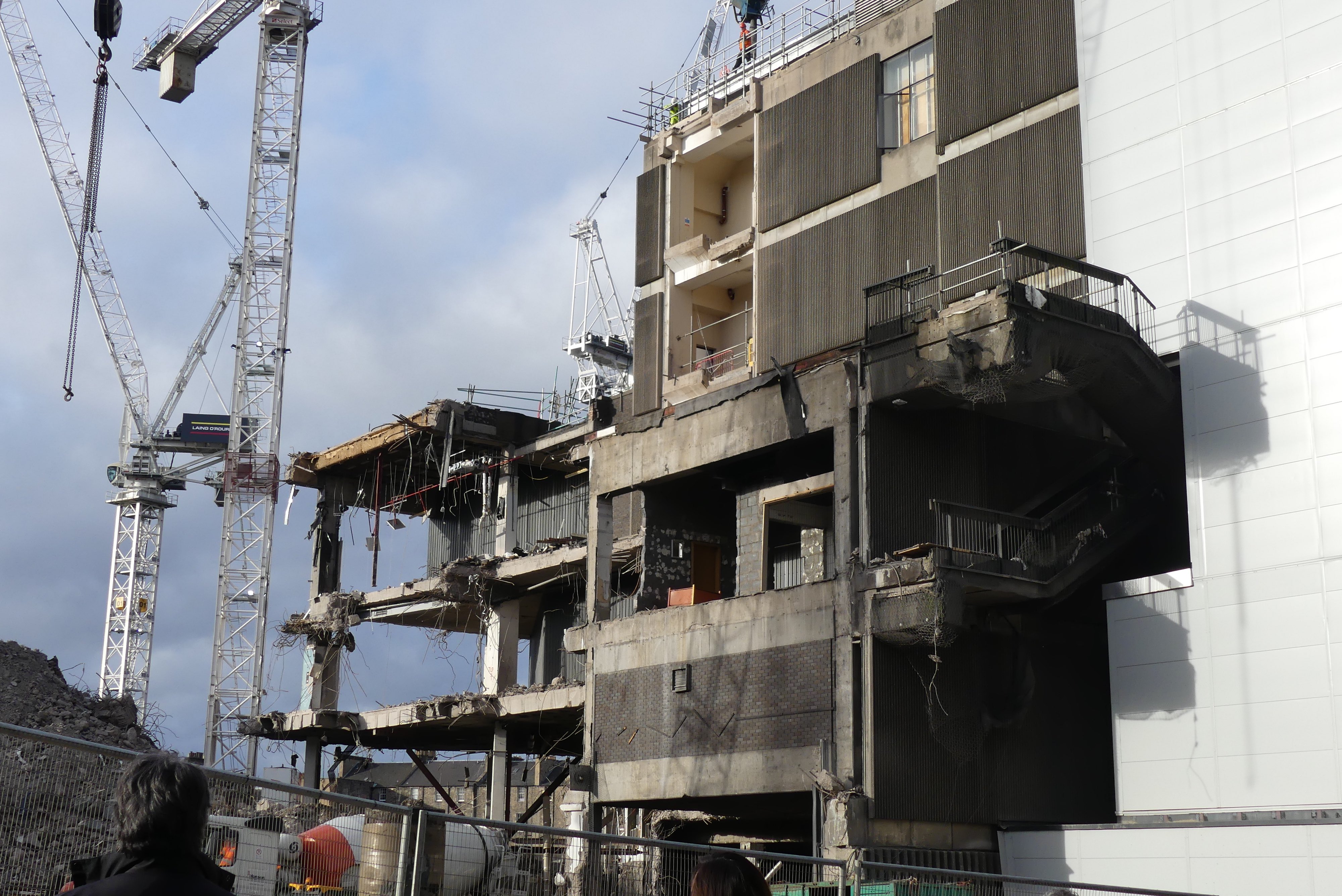 Laing O’Rourke is putting a brave face on this expensive change of plan. To Spurtle’s limited understanding, it all sounds like a gigantic cock-up being adequately spun as pragmatism. However, perhaps such glitches should not come as a surprise in a construction project of this size and complexity.

This is just the start. Others will have much to say when Laing O’Rourke spreads the news more widely next week. 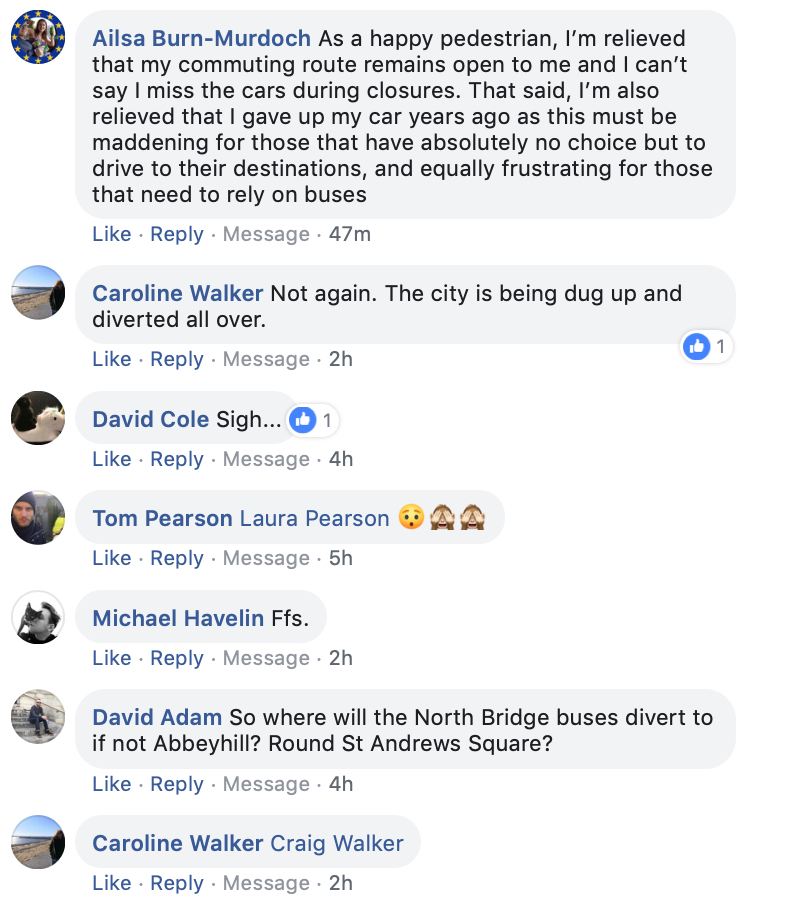 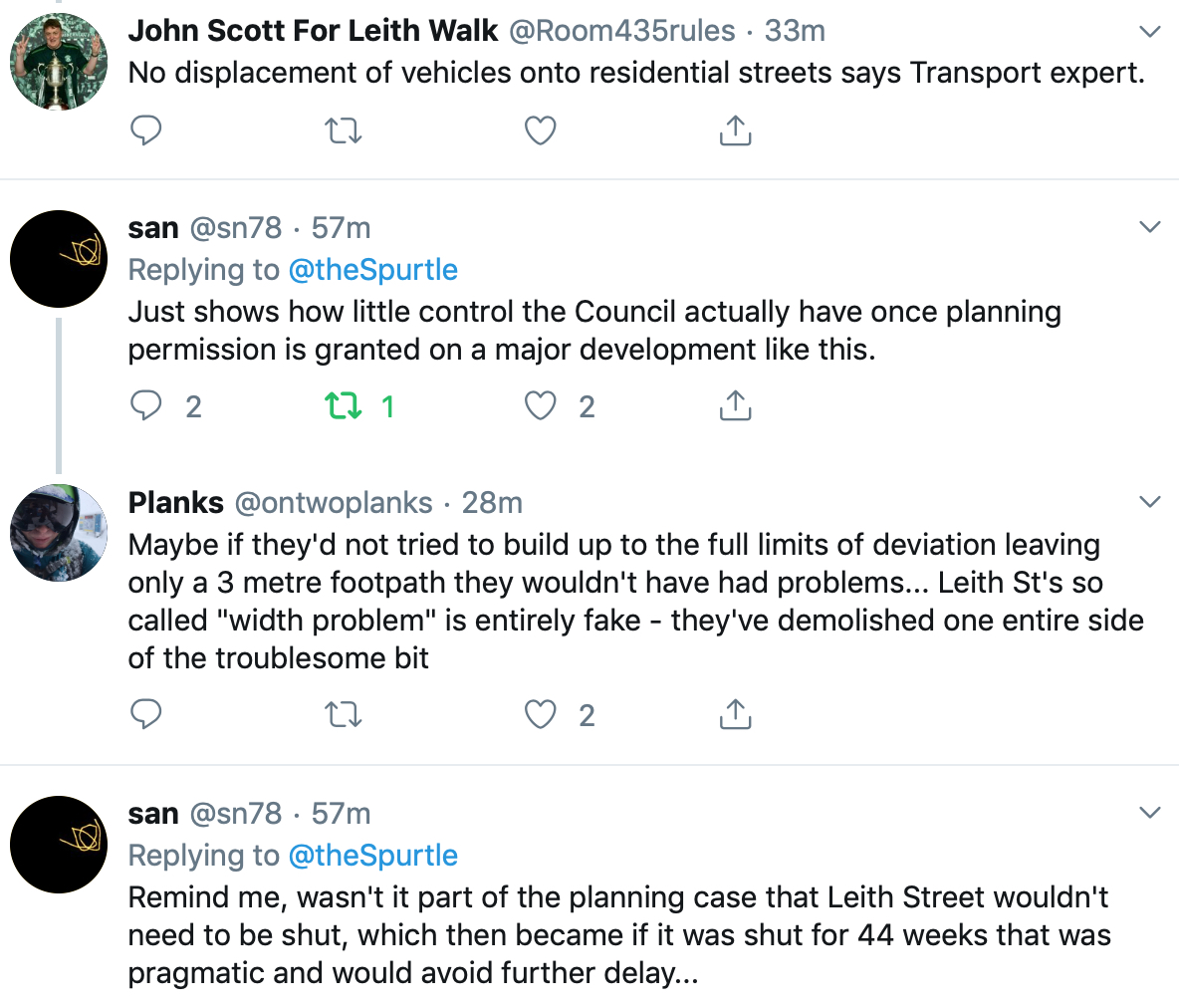