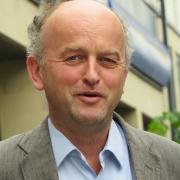 George Reiss, former Broughton resident and community worker, has been researching changes in the area. An exhibition of his photographs is now on show in McDonald Road Library, and he's looking for residents to share their thoughts.

Last month I went down memory lane, he told Spurtle. Two decades back, to be precise. I revisited the very spots where I had stood with my camera in the mid-1990s, and tried to align my lens on the same sites where snooker halls, elm trees, taxi firms and the Neighbours bar once stood. The differences were dramatic. 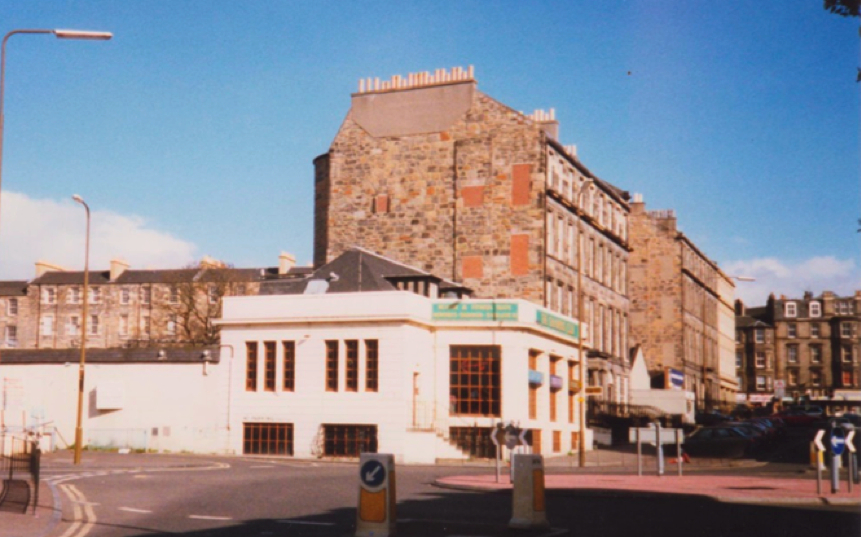 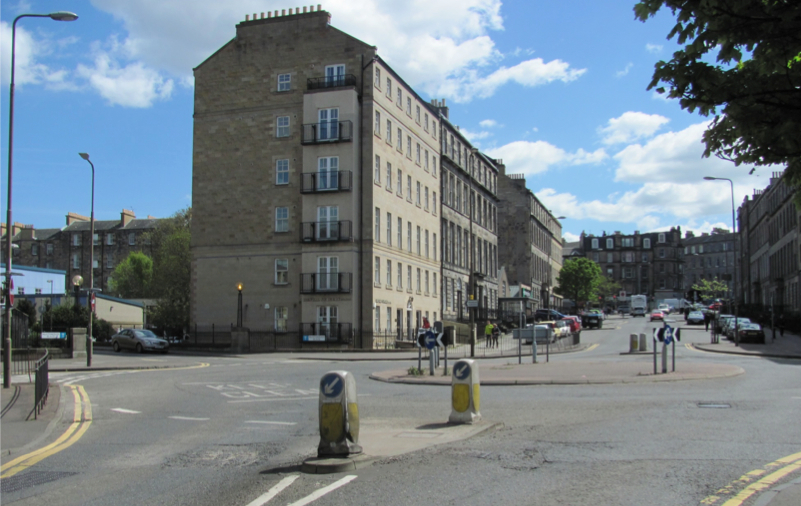 For 10 years I lived and worked in Broughton and was on the New Town, Broughton & Pilrig Community Council. My children, Naomi and Alex, were born here and I have many happy memories of the area. One evening my neighbour Ross Liddell met me on our stair and asked if I had seen the new planning application for flats opposite ours in McDonald Road. 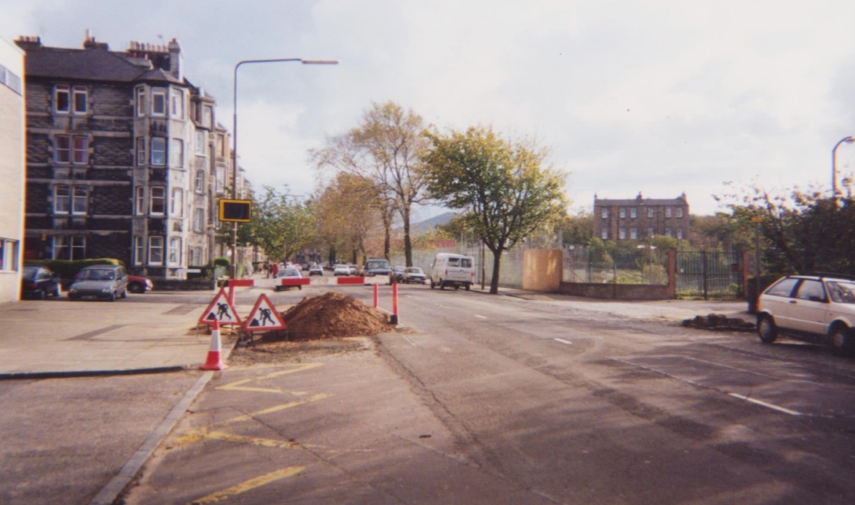 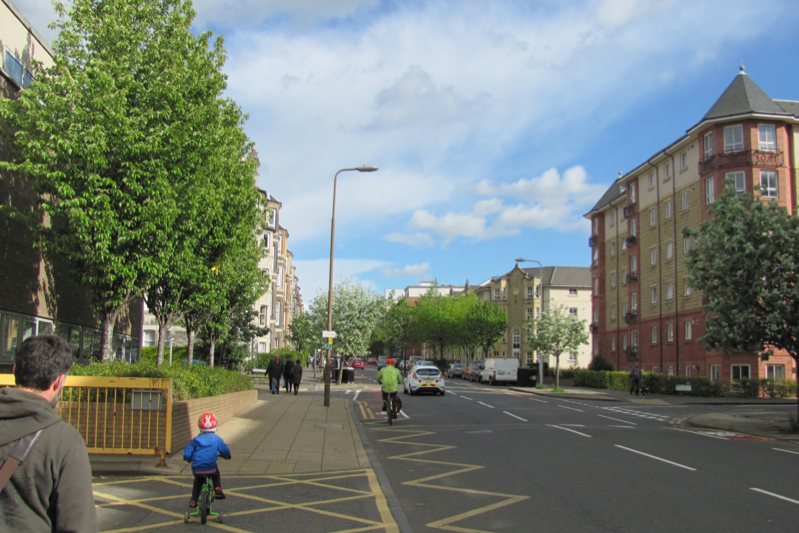 We looked at the plans together and decided to call a public meeting in the Nelson Hall. It quickly emerged that landowners and property developers were aiming to redevelop the whole area.

There was immediate concern that the desire for quick money would lead to poor results. We thought the developers would cram the area with small flats and little else. Community councillors wanted to see a mix of housing and employment, good design and better amenities. But would anybody pay any attention to local people’s ideas?

The City Council said they were open to residents having a say in drawing up a new plan, and this became the Hopetoun Village Action Plan, which set out a framework for 15 development sites. (See foot of this page for the two community council/Spurtle 4-page specials distributed in 1996 and 1988.)

Fast-forward 20 years, and 12/15 have been fully or partially redeveloped. 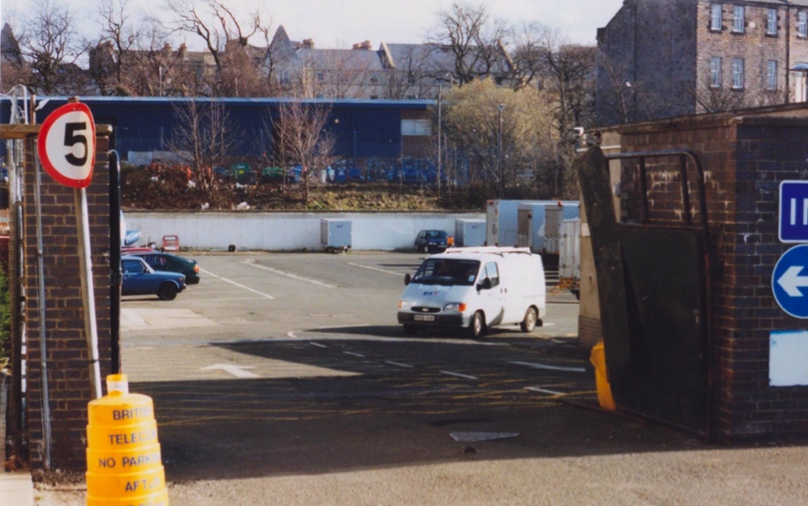 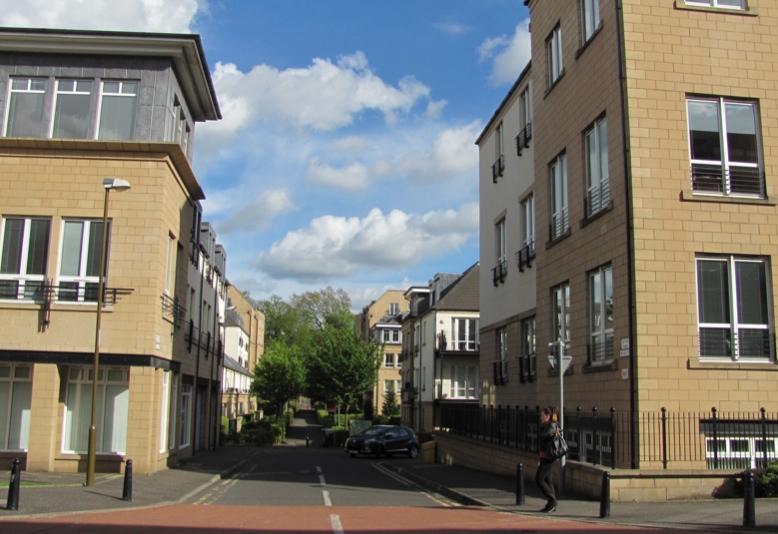 Meanwhile, 300 miles away, I am now studying Town Planning as a mature student. Coming back to the area, it has been fascinating to see the building and structures that came out of our Plan.

But other questions need answering:

I would like to hear what people think and include it in my research paper. Generally I have learned that town planning has a huge long-term impact on people’s lives, so it seems curious that long-term reviews of site plans are rare. We tend to worry about the next new thing instead.

It’s not just the buildings and how they have changed – it’s whether we as a community helped to achieve a good place in which to live.

In search of answers, I'm going to be leading some discussions to gather different people’s views on the changes in recent years and on life today in Hopetoun. They'll take place on Saturday 20 June in the Nelson Hall in McDonald Road Library.

Group (1) 10.30am. For people who remember the area from before it changed.

Here at the Spurtle, we're also interested in your impressions of living in Hopetoun now, regardless of how long you've been here. Please tell us at: spurtle@hotmail.co.uk and @theSpurtle and Facebook 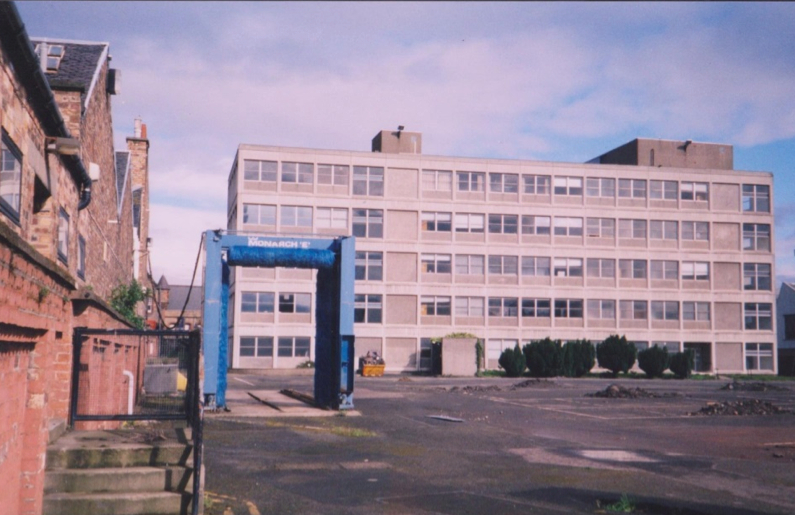 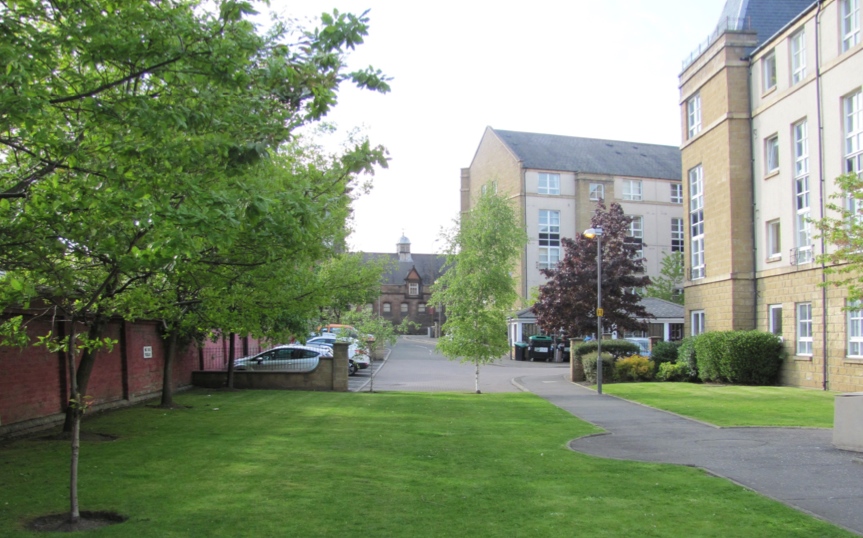 The then-and-now photos on this page show, from top to bottom: (1) Annandale Street at the corner of Hopetoun Crescent, 1996; (2) McDonald Road looking south towards the corner of Dryden Terrace, 1996; (3) Hopetoun Street, looking south towards Hopetoun Crescent, 1996; (4) Blandfield House, 1996. The pages below show the double-page spreads in leaflets distributed by the Spurtle and the New Town, Broughton & Pilrig Community Council in September 1996 ...

Ah yes, the good old days (1996). How do locals feel now about living or working in 'Hopetoun Village'? Are the new buildings good to live in? Is there a sense of community? Visit the new exhibition in McDonald Road, read the article here —http://www.broughtonspurtle.org.uk/…/how-locals-shaped-hope… — and then give us your impressions – good or bad – of an area partly shaped by locals for locals. 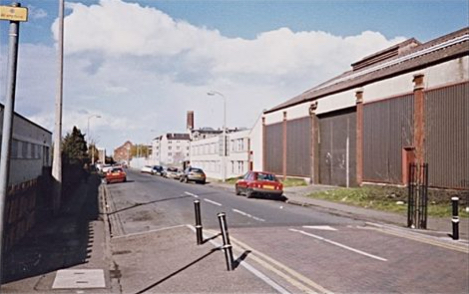 Rob Thomson Paul John Donnelly Will Haggon remember playing along this street in the 80s? Wow

Rob Thomson I can't remember it. Only the bt building and the wee bank

Paul John Donnelly It was Riley's I think

Great post on @theSpurtle about the changing face of Hopetoun: http://www.broughtonspurtle.org.uk/news/how-locals-shaped-hopetoun …