IT WAS FUN TO STAY AT THE YMCA 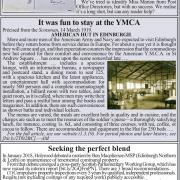 This is a full version of the article which was reproduced (in shortened form) in Issue 282. It comes from the Scotsman, 14 March 1919.

More and more men of the American Army and Navy are expected to visit Edinburgh before they return home from service duties in Europe. For about a year yet it is thought they will come and go, and that expectation counters the impression that the commodious new hut created for their comfort and convenience by the American Y.M.C.A. in St Andrew Square, which is to be formally opened to-morrow afternoon, has come upon the scene somewhat late and may find its occupation gone. Another point to be noted is that the use of the hut is not exclusively for American service men; all men in uniform may resort to it. 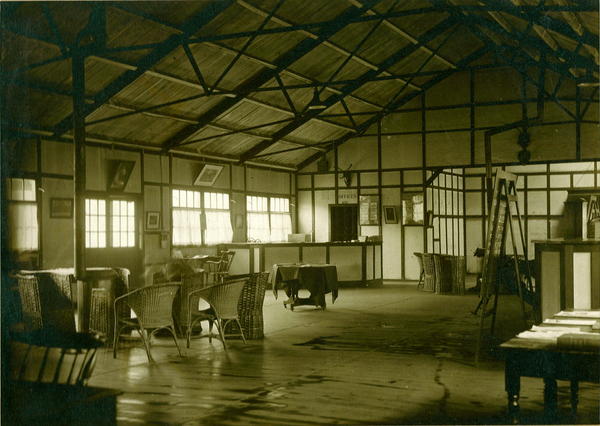 The bulk of the hospitality work, which has been done for some considerable time at the American Welcome Club in Cockburn Street, has now been transferred to the new premises. The establishment is run entirely on the most up-to-date lines, and includes a spacious lounge, with an information bureau, a newspaper and postcard stand, a diningroom to seat 125, with a spacious kitchen and the latest appliances, an entertainment hall with accommodation for nearly 500 persons and a complete cinematograph installation, a billiard room with two tables, and a quiet room, as it is called, where men may write their letters and pass a restful hour among the books and magazines. 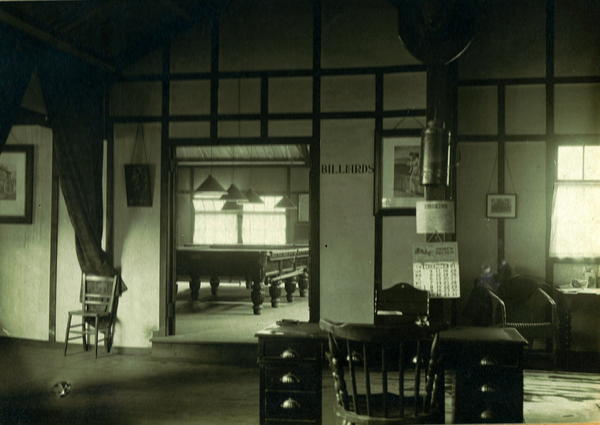 In addition, there are such conveniences as shower baths and individual lockers. Operations at the Hut began on Tuesday morning, when breakfast was served, and over 140 meals were given on the first day. The menus are varied, the meals are excellent both in quality and in cuisine, and the charges are such as to meet the resources of the soldier’s purse—a thoroughly satisfying lunch, for instance, costing 1s. 6d., and consisting of three courses, with tea, coffee, or cocoa to follow. There are accommodation and equipment in the Hut for 250 beds, but only 70 have been made available, in the lower dormitory, up to the present. 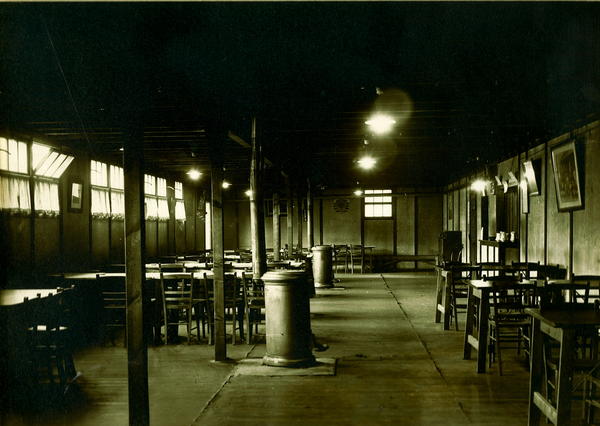 An interesting American idea is seen in the novel record which is kept of Americans and Canadians who visit the Hut. On arriving, each man is provided with a small flag, upon the blank side of which he writes his name, and he then sticks the flag into the name of his home town on a large map which hangs on the wall, and which shows places in both the States and Canada in elaborate detail. Already, although the Hut only opened its doors on Tuesday, there is a scattered array of flags upon the map from the Pacific Coast across to New York, and there is one standing in isolation in Saskatchewan. Enterprising officials of the American Y.M.C.A. are running the concern on first-rate business lines, and they are having the assistance of voluntary workers in the city, of whom a number have been already recruited from the Rotary Club.

The new Hut is to be formally opened by the Lord Provost with a ceremony which includes the hoisting of the Union Jack and the Star-Spangled Banner, by British and American service men. 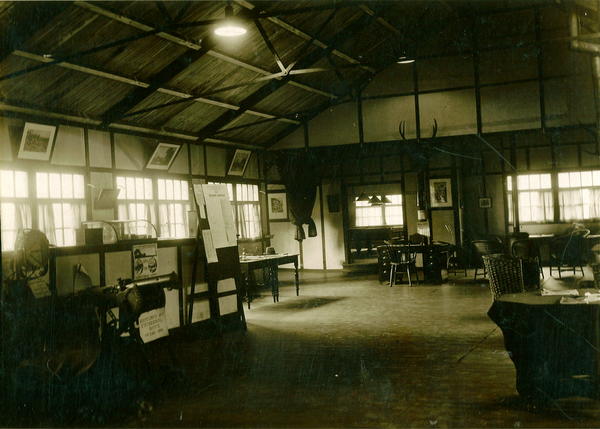