KNUCKLES, NAUGHTINESS, AND NOT ALWAYS BEING NICE 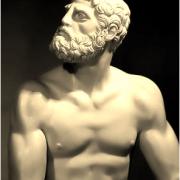 One of the many delightful things about Calton Hill is how it brings out Edinburgh’s unruly side.

No matter how keenly the authorities seek to sterilise, beautify, formalise or metaphorise this geographical eminence, human nature seems to resist.

We didn’t complete the National Monument, but we did use its environs as a dumping ground for a deconstructed church. We may have used the summit as a lofty spot from which to study the stars and admire the capital roofscape, but we also dried linen all over it. Even today, we don't deport ourselves doucely here. We ignite. We bang. We cavort.

This refusal of order, this refusal to oblige, has probably characterised our behaviour on the hill since the Dark Ages. But an interesting example from 30 August 1755 emerged during a recent trawl through the Caledonian Mercury. 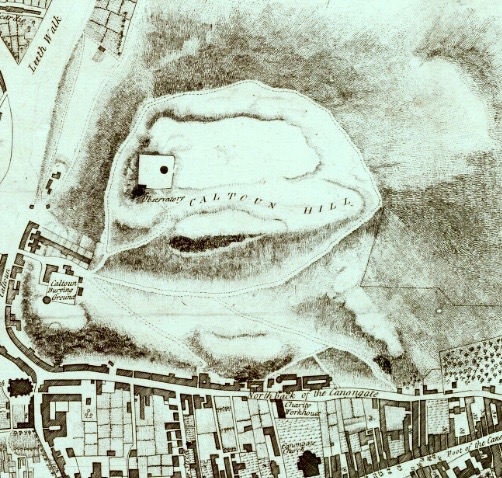 As the name of its supposed author – Isaac Sly – suggests, the letter is not all it seems. It trumpets the gentle merits of fisticuffs, whilst simultaneously alluding to the savagery of the sport in a series of classical references.

I strongly suspect it also alludes, in slantendicular fashion, to 'Graecian practices' on Calton Hill which today are mostly conducted there unseen as part of the informal night-time economy.

Interestingly, developers Duddingston House Properties and Urbanist Group recently included unspecified proposals for a better management structure for Calton Hill. Floated during the public consultation phase of their plans for a hotel in the Old Royal High School, it was intended partly to address the area's 'unsavoury reputation after dark'. On past evidence, I have very little confidence in Edinburgh's citizenry choosing to play along.

The Caledonan Mercury text is transcribed in full below, with original emphasis. The footnotes are obviously mine.—Alan McIntosh 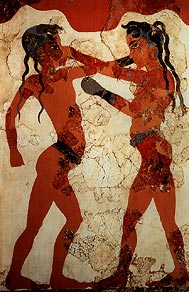 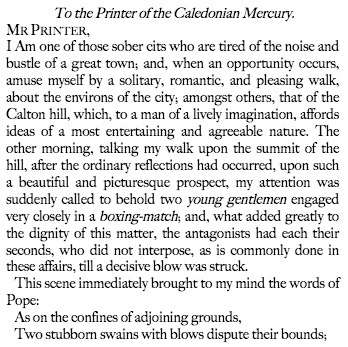 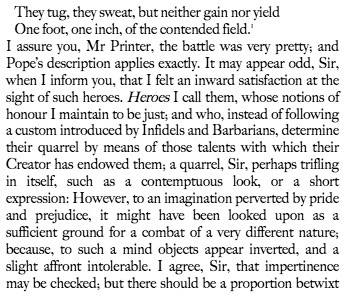 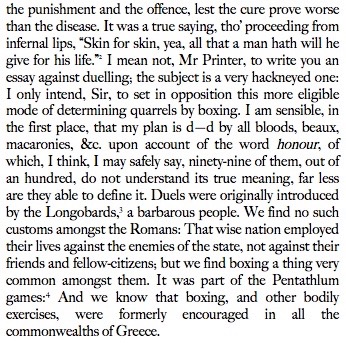 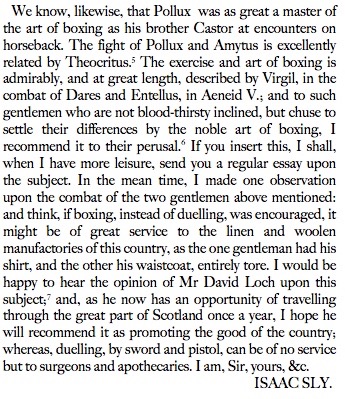 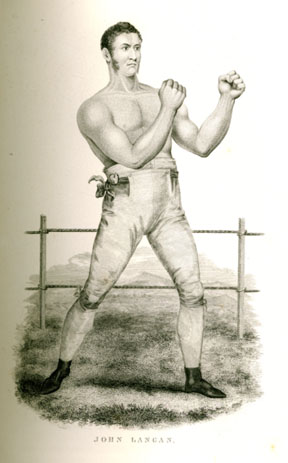 1. The quotation is from lines 511–14, Book XII of Alexander Pope’s translation of Homer’s Iliad (1713–19).  A few lines further on, the poem describes ‘copious slaughter’, which rather undermines Sly’s later claims for the safety of boxing.

2. From Job 2:4–5. Satan asserts that Job would abandon religious beliefs if he thought it would relieve mortal physical afflictions.

3. Longobards is an alternative name for the Lombards, who invaded Italy in the 6th century AD. William Gahan expounded on the barbarous practice of their judicial duels on p. 318 of his Sermons and Moral Discourses (1825), available here.

4. The ancient pentathlon was first staged at the Olympiad of 708 BC. It comprised long jump, javelin, discus, running and wrestling. Not boxing.

5. In Theocritus’ Idyll 22. Some critics argue that the beautiful location  (locus amoenus) in which Pollux pummelled Amycus would have led the reader to anticipate a love story.

6. A translation of the – by turns homo-erotic and gruesome – combat is available here.

7. Loch toured Scotland extensively in the mid 18th century, and eventually published his Essays on the Trade, Commerce and Manufactures and Fisheries of Scotland in 1778–79. On p.63 of Vol. 2, he describes an ‘unchristian and illegal’ duel proposed by Sir Patrick Drummond.

Since the article above appeared, we have recently come across this observation in The Statistical Account of Scotland:

Before 1790 — There never was such a thing known as professed bruisers. But in the course of that year a person from England opened a public school for teaching boxing, or pugilism, as it is termed; and had several public exhibitions at his school, but few pupils. This branch of education does not correspond with the mild genius of Christianity, which we profess; and it can be looked on only with pity, even when practised among savages and barbarians.

In 1792 — This folly, which had been borrowed from the south, was totally given up.