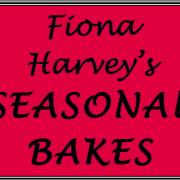 These bite-sized biscuits are the perfect make-ahead Christmas present. Not only do they look as impressive as the authentic German variety that you may have seen at the German Christmas Market, but they also get better over time and can even last up to two weeks in an airtight container.

The quarter teaspoon of black pepper in this recipe helps to intensify the flavour of the classic Christmas spices such as cinnamon, ginger and allspice without adding too much heat.

Why not place a selection of biscuits into a cellophane bag and tie with a Christmas ribbon for the perfect homemade Christmas treat?

Method
Place  the honey, sugar and butter in a pan over a medium heat, and heat until  the sugar dissolves and the butter has melted. Take off the heat and  leave to cool at room temperature.

In a separate bowl mix together the ginger, allspice, cinnamon, black pepper, flour and baking powder. Add the egg and the honey mixture and  stir to combine. Use your hands to work the mixture into a dough. Cover  with clingfilm and cool in the fridge for 2–3 hours. Shortly before taking out, reheat the oven to 180 ºC (170 ºC fan) and cover a baking tray with parchment paper.

Remove  the dough from the fridge and shape into 50p-sized balls (approximately 3cms  across). Place on the baking tray and bake for 10–12 minutes. The  biscuits shouldn’t colour and they may still feel slightly soft to the  touch. Once baked, remove from the oven and place on a rack to cool.

Dip each biscuit into the icing to coat all over and place back on the cooling rack to allow excess to drip off. Put the biscuits back on the baking tray and return them to the cooling oven with the door open for 5 minutes to harden. Make sure the icing is hard on the top and bottom before moving.

papawasarodeo papa was a rodeo: I add a little kirsch to the icing ...