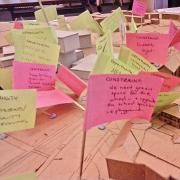 At consultation events yesterday and today, and a presentation to Leith Central Community Council last week, City of Edinburgh Council floated ideas and asked for the public's views on the future of the former Powderhall Waste Transfer Station site, and the neighbouring former bowling greens currently used by Broughton Primary School.

Officials are working with Collective Architecture, Urban Pioneers and the public to consider how the site can be used, major driving forces being  the urgent need for affordable housing in Edinburgh and the forthcoming expansion of early-years educational provision nationally. 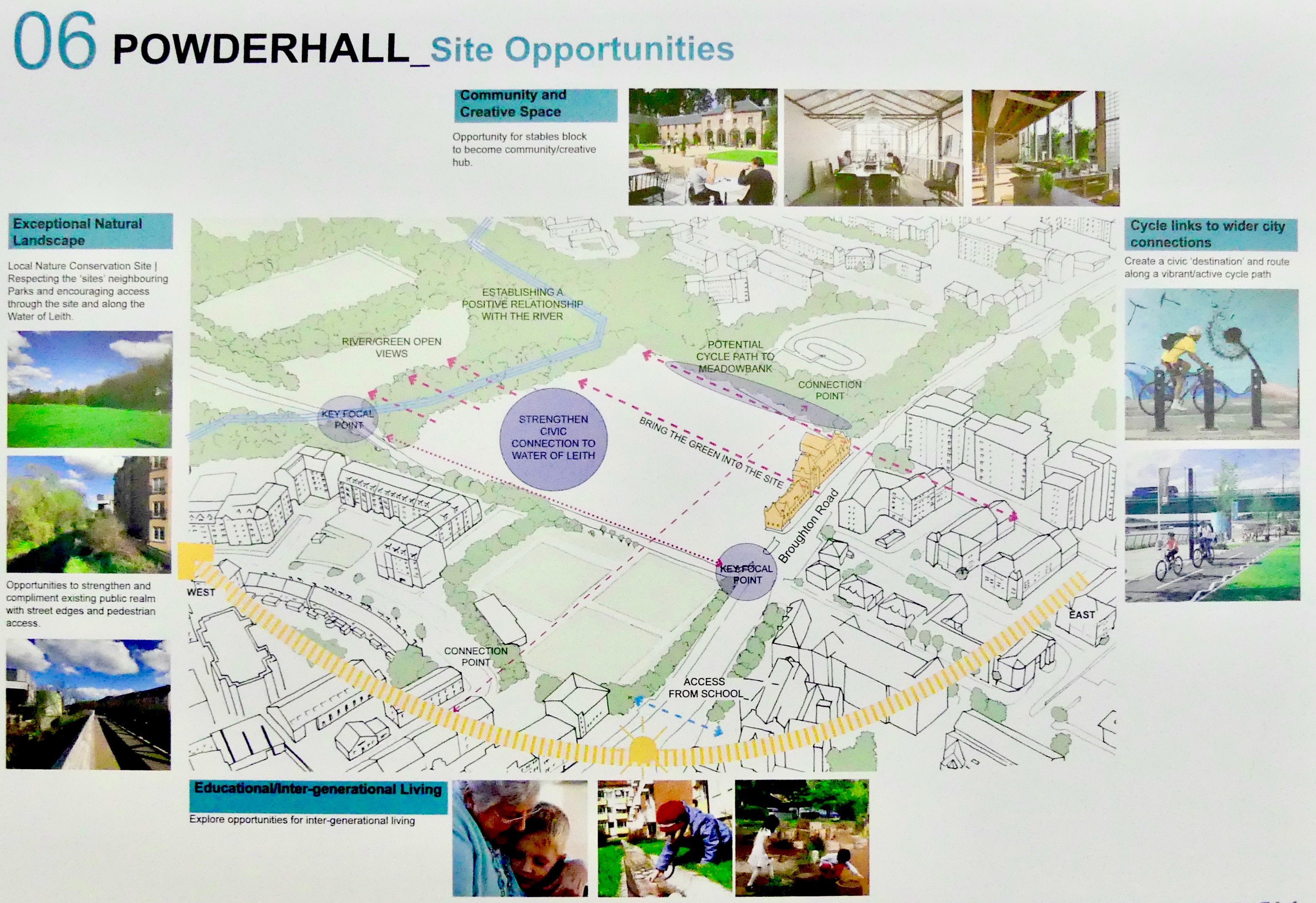 In the masterplan’s own words, it sets out to:

The numbers and scale are yet to be finalised, but for now a roughly equal split between social, affordable and market rental properties is envisaged. All housing would remain rented in perpetuity, with the Council continuing to own and manage it. This is not a disposal of public assets to the private sector.

The aim is to create a mixed and stable community of long-term tenants.

At least two of the former bowling and putting greens are provisionally earmarked for a nursery, including outdoor space. Education and Housing Departments aim to avoid ‘silo thinking’ and are considering building sheltered intergenerational housing (for older people) above the nursery, with a meeting space shared between the community and residents.

The variable levels on the site lend it to a mixture of tenement and colony-style properties.

Careful demolition/decontamination of the old compactor and associated buildings will not be complete until 2020.

The former stables-block is not suitable for conversion to housing, and – if sufficient funding can be secured – will more probably be converted to artist  studios and micro-enterprise offices, with some form of associated meeting and performance space outside (Breaking news, 29.3.18). 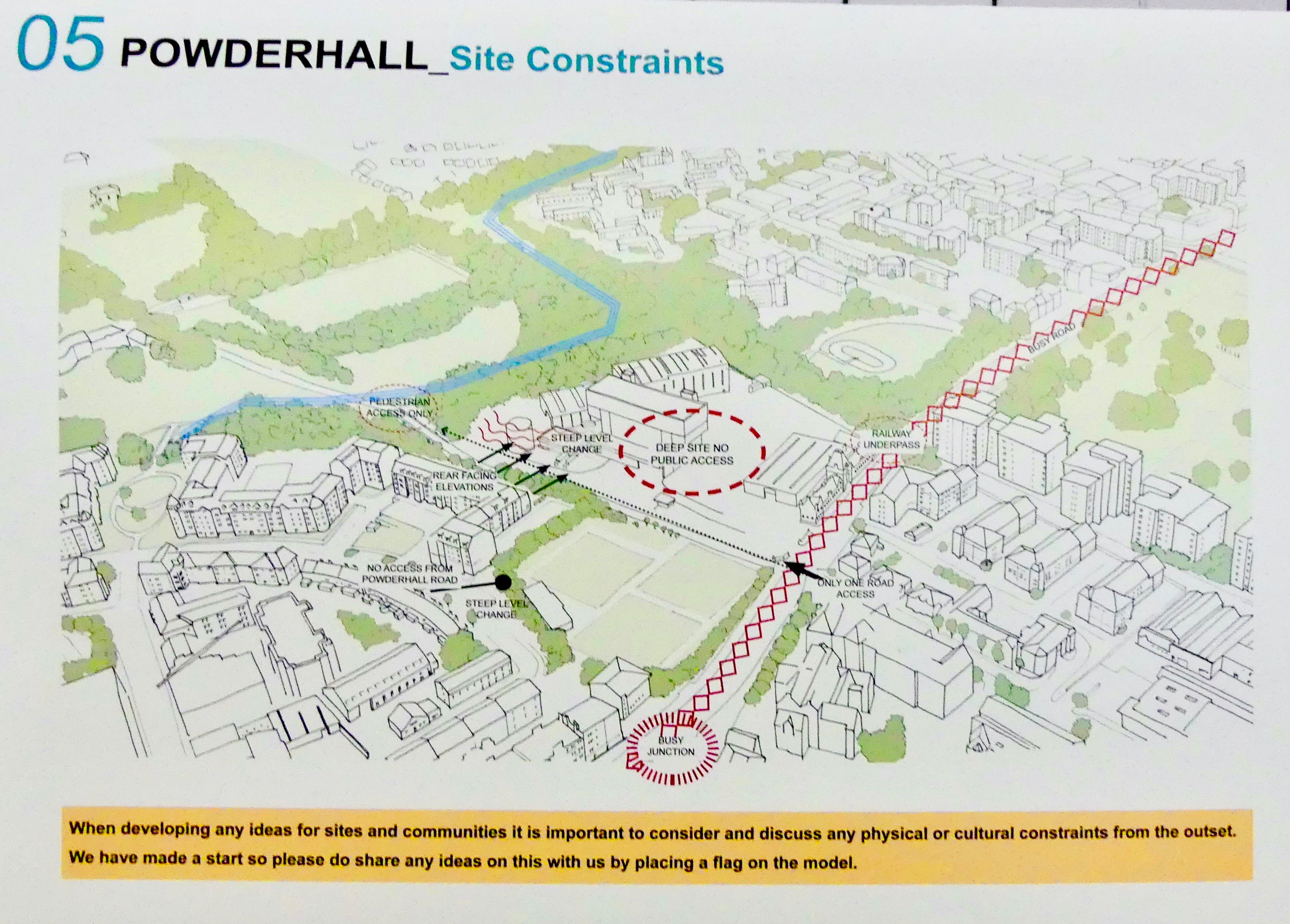 All these lofty aspirations are pie in the sky at the moment.

In the meantime, the local community is well aware of pressure on space at Broughton Primary School, pressure which this development will likely increase. Nobody here is keen on losing any of the bowling greens over the road: these are precious, safe, green spaces for learning and play.

Some officials have suggested that the current nursery playground could be upgraded and connected to the back playground by way of compensation. However, that would still entail a considerable reduction in play area and quality compared to what is currently available in the bowling greens.

Locals recall that the school has already had to build on its own playground to accommodate a rising roll. Officials point out that moving the nursery to a new site would free up four clasrooms. Doubters respond that the current gymnasium/nursery building is old, leaky, inefficient and would benefit from being rebuilt from the bottom up.

Spurtle asked an official whether a purpose-built medical practice could be included within the development, and whether parking could be restricted. The official held out little hope for either measure.

Some locals note with caution that the site currently has only one access route for vehicles. Will developers try to create another, and if so … where? How will the development add to traffic congestion in the area? How will vehicle access to and from Broughton/Bonnington Road be managed on what should be a safe route to school?

Frustration surfaced on social media yesterday evening (see below). It concerned the effectiveness – or alleged lack of it – with which the consultations have been publicised. Spurtle understands that additional consultations and presentations will take place locally in the coming months … and we'll publicise the details as and when we have them.

Finally, also on social media (and also below), there were questions raised about how future decisions would be reached and who would comprise a mysterious stakeholder group. We will investigate.

UPDATE (5 JULY): Since first posting this article, we have been contacted by Council officials with various amplifications and clarifications.

First, they're keen to point out that finalised plans have not yet been put forward on the split of tenures, but the current intention is to have a mixture of tenures which would mostly comprise affordable rented accommodation. There may also be some house sales to help fund the development.

They also suggest that some of the bowling greens could in future be shared with Broughton Primary School and the local community.

On the topic of medical facilities as part of the development, the Council will talk to NHS Lothian as part of the consultation. Nothing has yet been ruled in or out.

The aim of consultations so far has been to secure very localised feedback. Future events will seek input from further afield.

The 'mysterious' stakeholders invited to an event scheduled for later this month will be from relevant Council service areas, such as the flooding team, transport, active travel, infrastructure, environment, waste services, parks and recreation, NHS Lothian, estates and economic development. 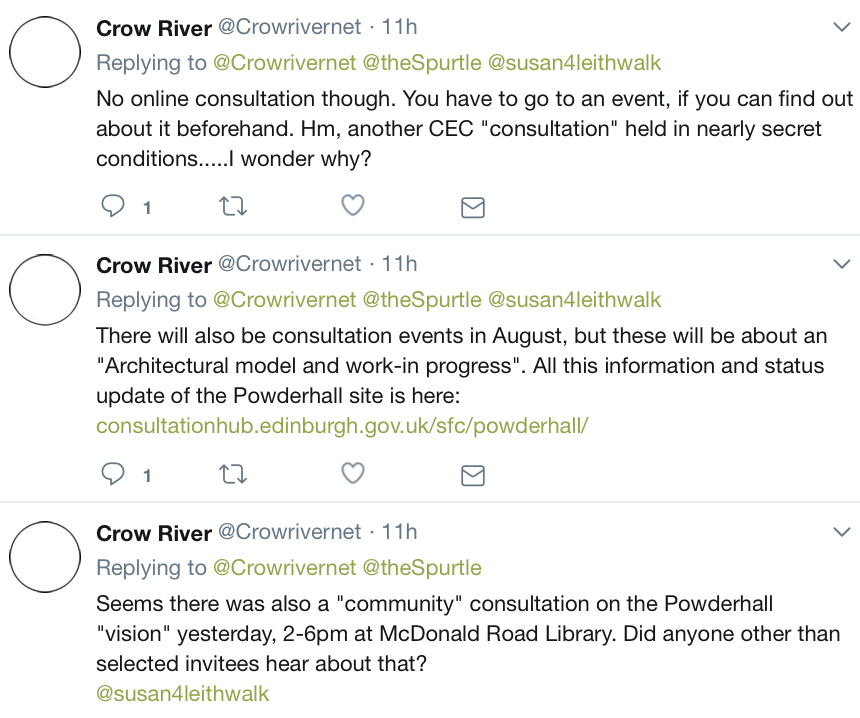 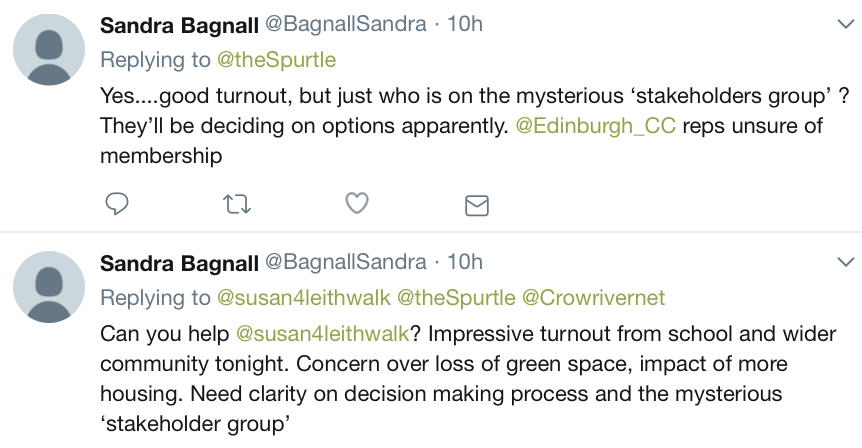 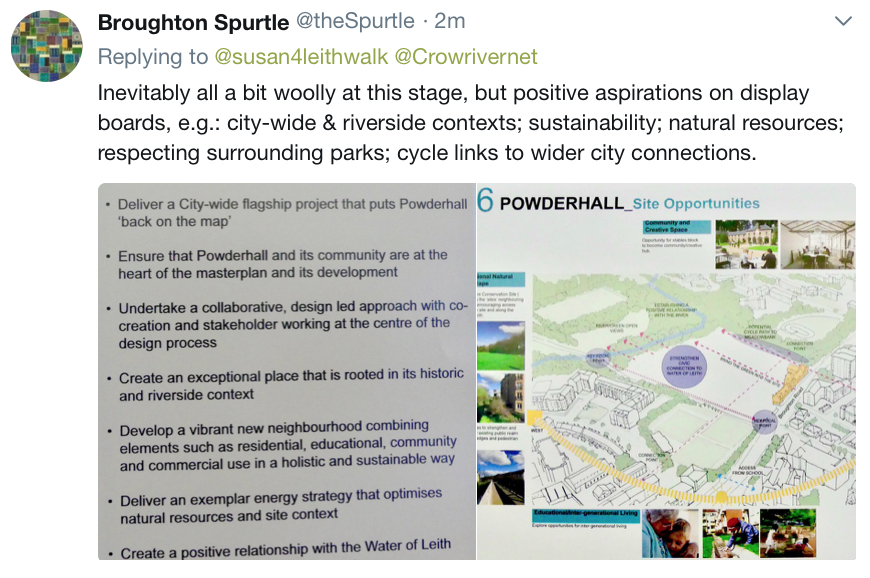 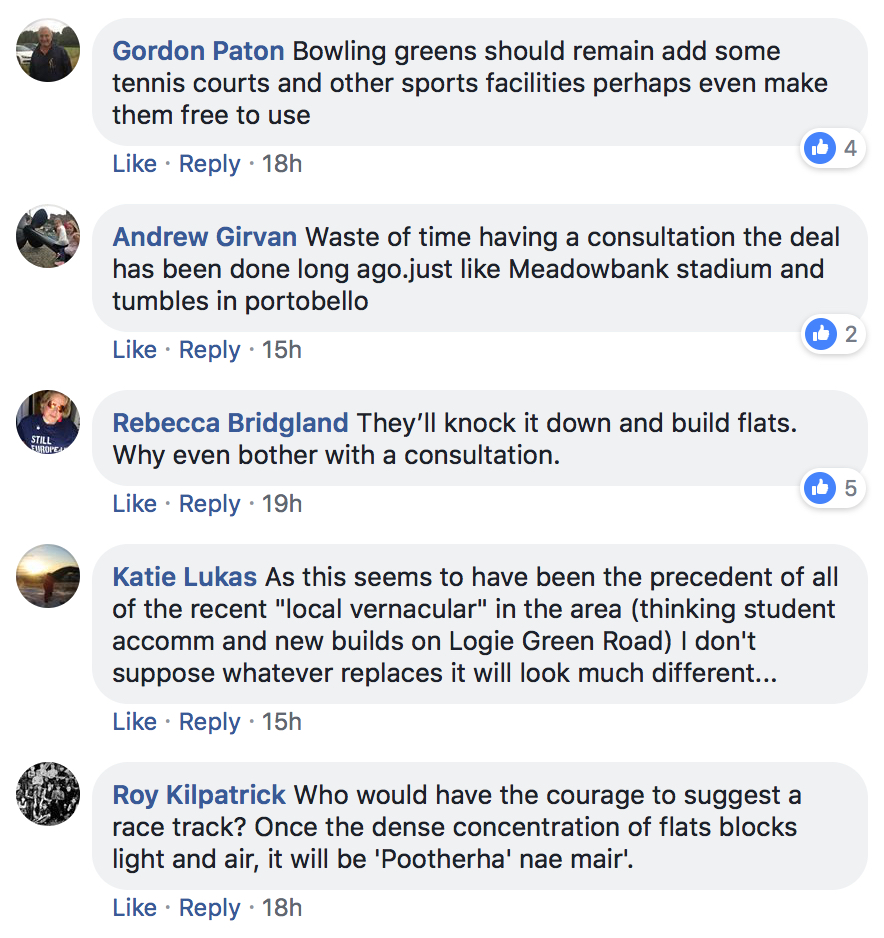