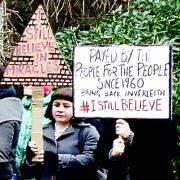 Around 90 people gathered in the Royal Botanic Gardens (RGBE) this afternoon to demand that Inverleith House be reopened as an art gallery.

Journalist Neil Cooper told those attending the ‘mass-visit’ that the art space was not a business but a public property.

The decision by RBGE Trustees last October to close the gallery with very little warning and no public consultation had been an act of contempt.

Public disappointment was evident he said, in 10,000 signatures on a petition calling for the gallery to remain open, an Early Day Motion backed by 16 MPs,  and a working group focusing on the issue.

Cooper called for people to keep visiting Inverleith House and posting pictures of themselves on social media to show they 'still believe’. (‘I Still Believe in Miracles’ was the title of the last exhibition to be shown here.) Among those showing their support today were journalist Joyce McMillan, who organised the petition, and Ben Macpherson, MSP for Edinburgh Northern and Leith (both pictured right).

An exhibition is scheduled here for this summer, but it should not be allowed to stand as a one-off or occasional event, Cooper said.

Until its closure in 2016, Inverleith House was arguably the most highly respected, valued, and internationally recognised public gallery for contemporary art in Scotland. Reopening it was vital, said Cooper, at a time when ‘fear of art and ideas is permeating the world’. 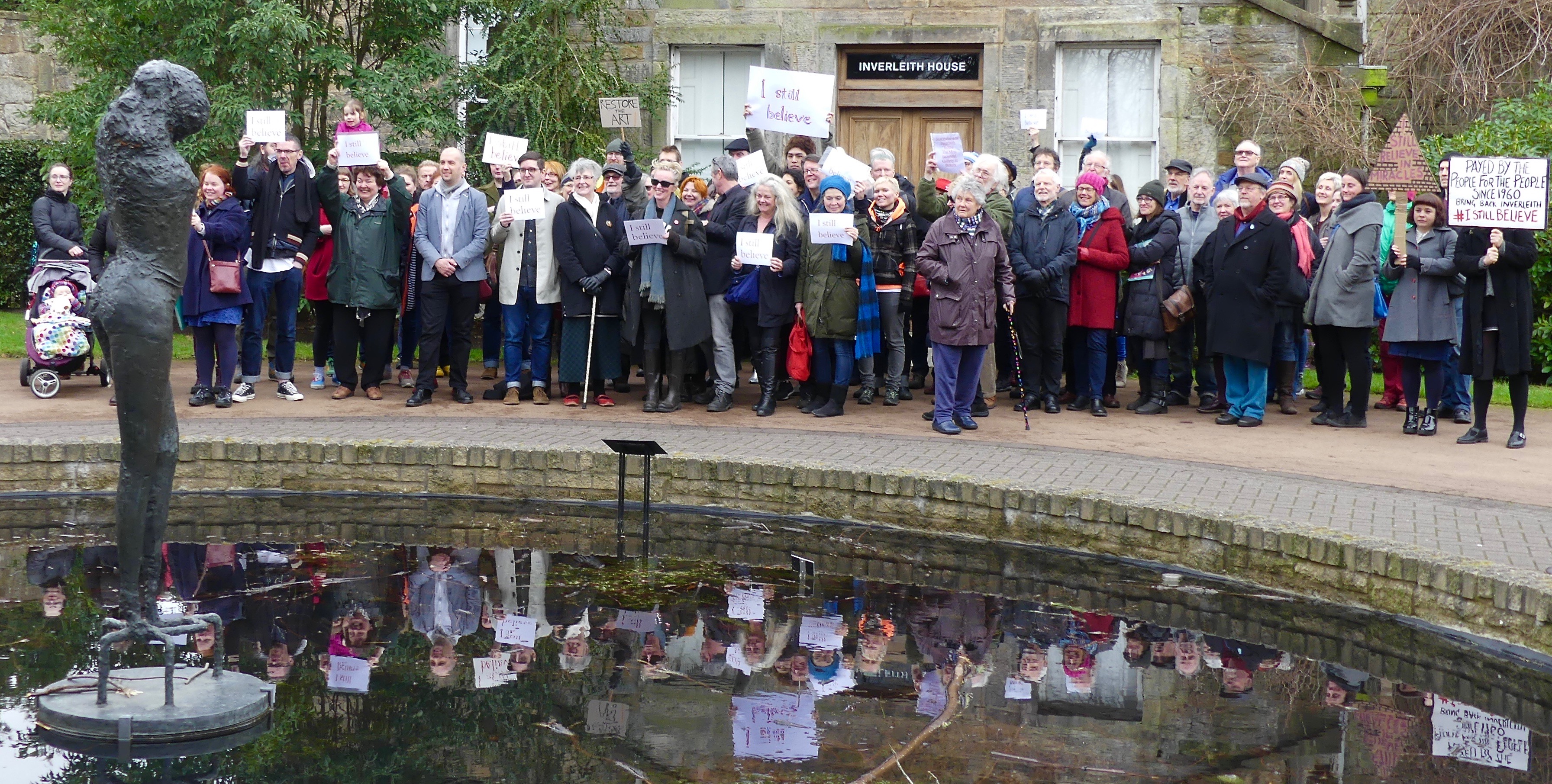