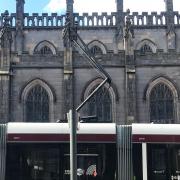 Rush-hour tram services were disrupted yesterday afternoon after an incident on York Place.

At 4.23pm, a construction vehicle from the St James site crossed the tracks with its arm raised. In doing so it made contact with and dislodged the overhead line near the York Place  tram stop.

A witness at the scene reported hearing a ‘loud electrical bang’.

Police and firefighters were quickly on the scene but there are no reports of injuries. 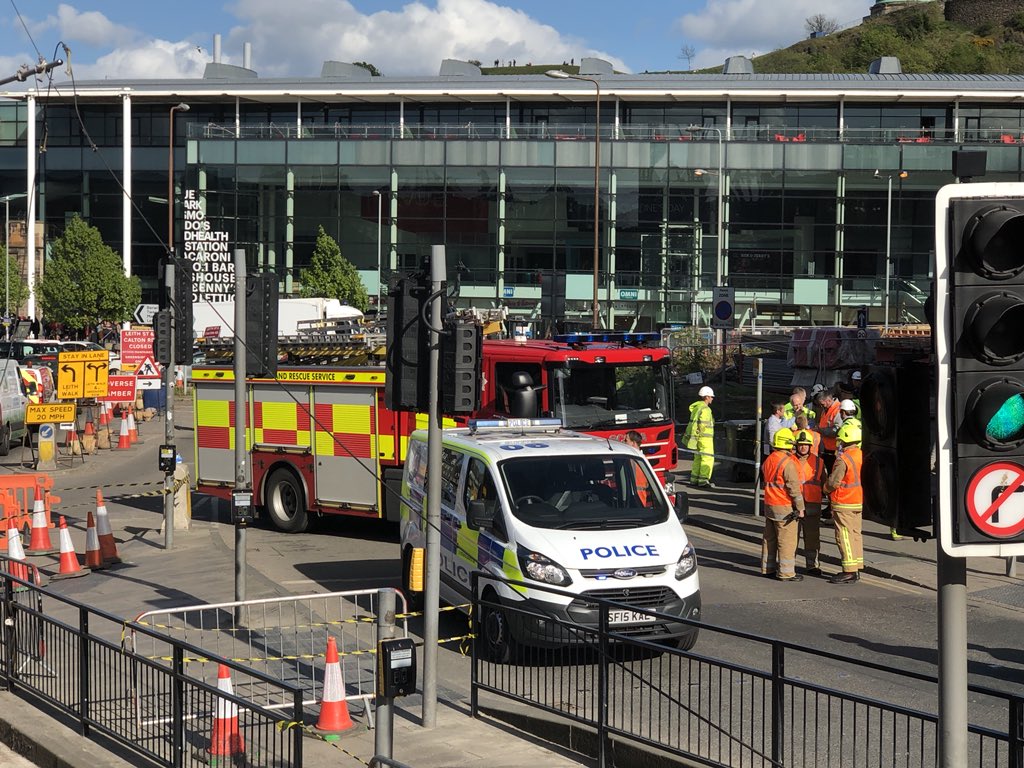 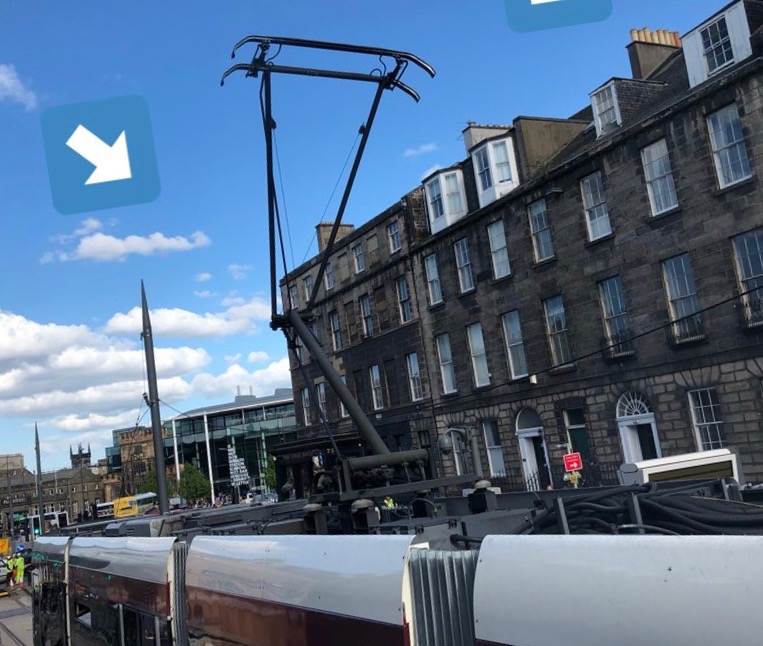 Journeys from the Airport terminated at Shandwick Place for a time, but full service was resumed at 5am this morning.

A spokesperson from Laing O'Rourke told Spurtle this afternoon: ‘We can confirm an incident took place at the junction of York Place and Picardy Place involving a large vehicle catching the tram line. No one has been hurt in the incident but the tram service was temporarily suspended between York Place and St Andrew’s Square.

‘We worked closely with the authorities to ensure the matter was resolved as soon as possible, and we would like to apologise for any inconvenience this caused.’ 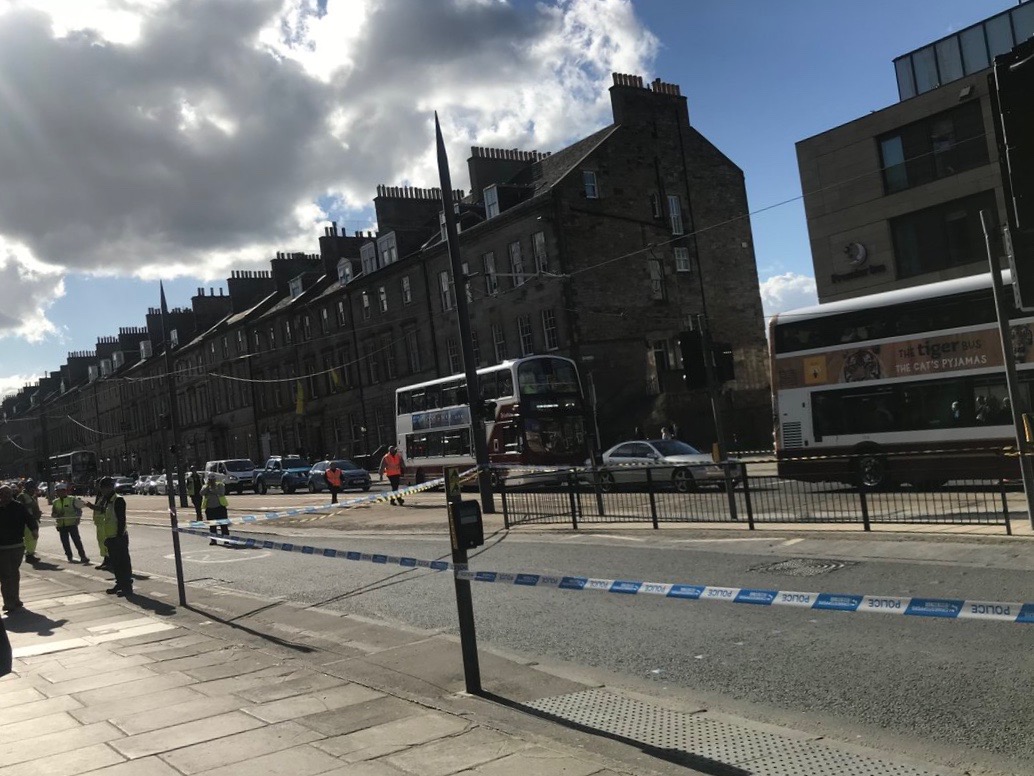