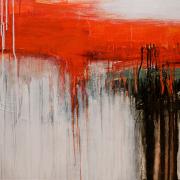 'Now We Are Two' features works by artists who have exhibited before in Rob Dawkins and Alison Auldjo's wonderful Union Gallery over its two-year presence on Broughton Street. Two years? Where did the time go?

What follows are brief notes on personal favourites – accurate at the time of writing, liable to change with the light or mood on reacquaintance.

Instantly striking is Stewart Bremner's Immersion  (right). Through one eye, it resembles some post-apocalyptic forest caught between burning sky and rising water; through the other it reminds me of a Polish flag being washed at the wrong temperature. I doubt either interpretation is relevant. What I do know is that I enjoy the dissolving horizontals, the irresistible, unsettling and accelerating drips, the suggestion of visceral flow and decomposition. I have clearly missed my vocation as a forensic pathologist. 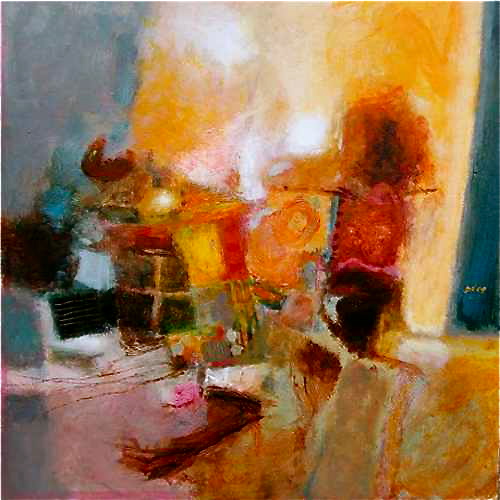 There are more literal depictions of wateriness in Ian Rawnsley's seascapes Stonehaven and Cellardyke. I have admired these works in previous reviews, and remain pleasantly surprised at how inexpensive they are. The reason perhaps lies in the fact that Rawnsley is comparatively new on the scene and self-taught. However, at his current rate of progress, one can hardly expect such diffident pricing to continue.

Henry Kondracki's paintings are not always to my taste, but his Spring Evening I find charming, not least for its observation of a fleeting moment. Observing a distant couple in the Meadows from above, he shows them sharing the intimate privacy of an umbrella whilst their child, determined not to be left behind or left out, pedals furiously across the grass to catch up. Understated, humane, and in love with the Edinburgh rain.

Backstage (above right), by Douglas Snedden, perhaps depicts a performer's dressing table, with – perhaps – make-up and personal possessions reflected in a mirror.  Perhaps it represents the scene just out of sight of an audience, with props in shadow waiting to be placed in view. Any more exact interpretation would be interesting but unnecessary. The colours glow, gladdening the heart.

The delicate floral studies of Jenny Matthews are justly popular – botanically accurate and artfully arranged. But of late her work seems to have grown looser and more experimental. 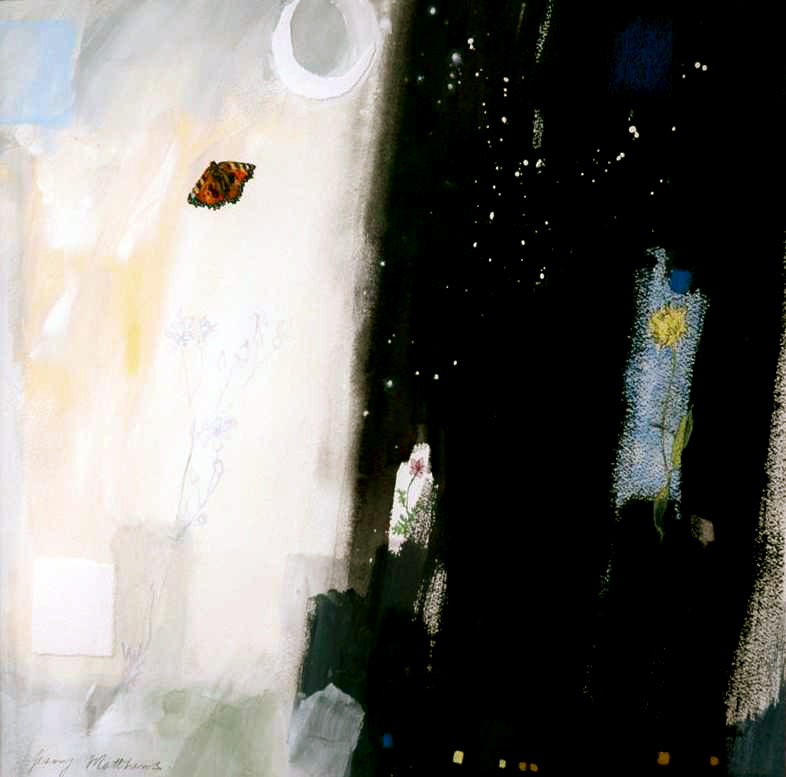 The accuracy of her observation remains the same, but the objects of her interest are now set in less literal surrounds. In Shoreline (above), for example, a tortoiseshell butterfly and stems of – I think – clover and dandelion are incongruously placed against what might be sky or sea or outer space. Or perhaps it is just a painted border which declines to give these forms their usual context, demands that one look at them afresh.

Finally, I – who know nothing – urge you to feast your eyes on a quite beautiful work by Drummond Mayo: Sanctuary (below). Sumptuous and subtle, it is a wonderfully accomplished rendering of blues and lilacs and lavenders which, at first glance, seem sufficient in themselves. But step back, and look again from a distance of 8–10 feet.

What gradually emerges is a chapel or church, a high-ceilinged interior defined by an arch and the influx of light. At centre stage, unnoticed until this strange moment of revelation, a figure inclines slightly before an altar or to talk to some kneeling other.

The mysterious and rather joyous effect of this painting must be seen to be believed. Airy and monumental, abstract and representational, it embodies paradoxes central to religious faith. It  suggests an artist working at the height of his powers, but is in fact something more nuanced and more interesting – the poignant compromise of Mayo's experience, skill and physical decline.

Of all the paintings I have seen in Union's first two years, this is the one I think has had the most immediate and profound impact. Go and see it now.  AM

'Now We Are Two' shows at the Union Gallery, 34 Broughton Street, until 4 July. 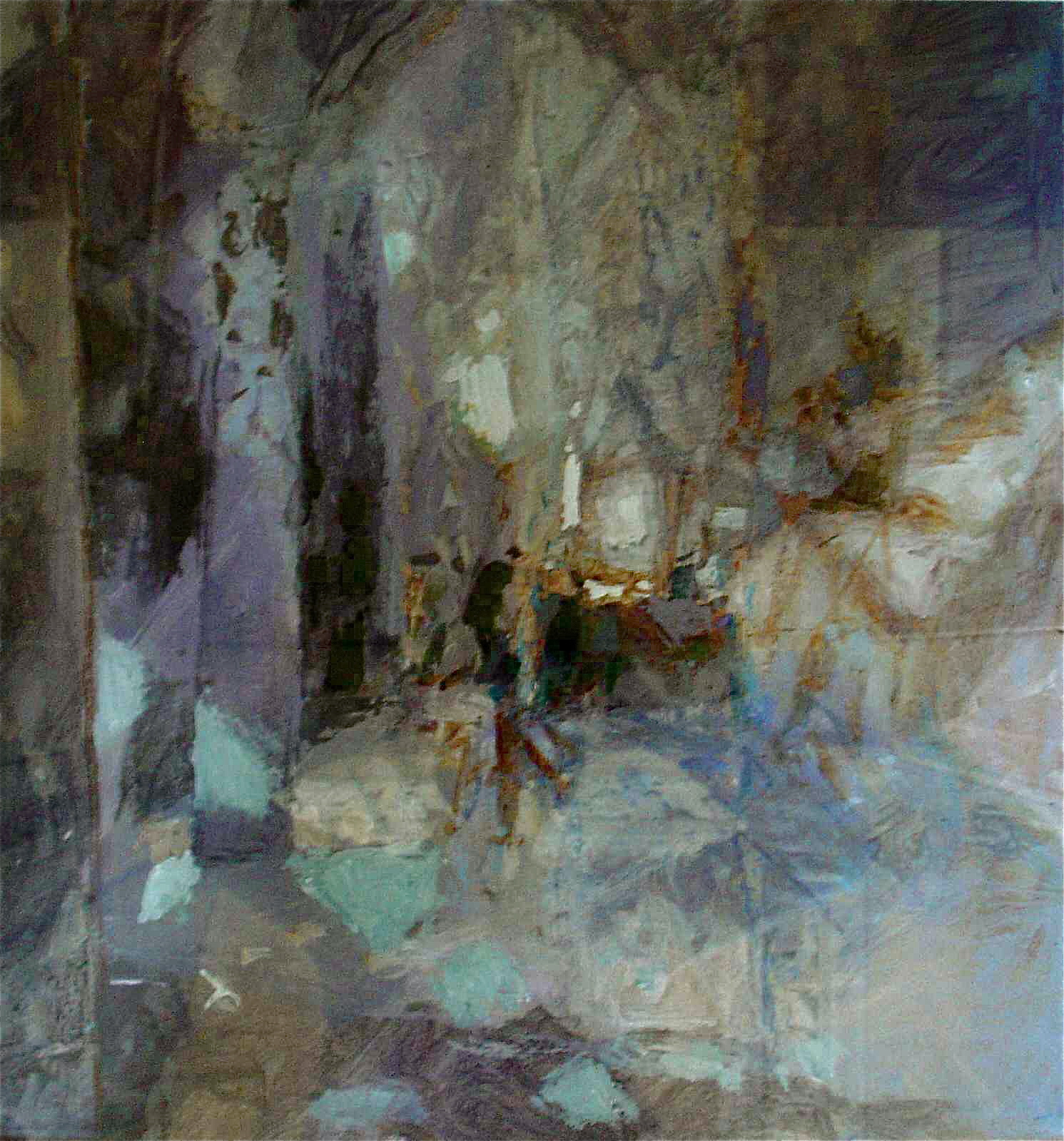