ATOS GETS A TASTE OF ITS OWN MEDICINE 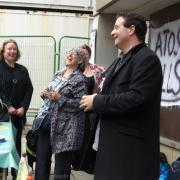 Comedian and political activist Mark Thomas fronted the launch of a 6-month Assessing the Assessors campaign this afternoon on York Place.


The event started at noon outside the Edinburgh offices of Atos Healthcare, part of the private, multinational, IT services corporation hired to run the government’s Work Capability Assessments (WCA) programme.

Supporters of the scheme say it is a necessary and respectful way of ensuring that only those who reallly need Employment and Support Allowance actually receive it. Critics say it is too ideologically driven, and accuse Atos of often vindictive, ignorant and incompetent practices on the ground which make the lives of vulnerable people and their carers a misery.


In conjunction with the WOW Petition Campaign, Thomas was today launching a ‘Work Capability Questionaire’ to assess Atos’s own performance. Participants at the event had already noted the Edinburgh office’s lack of disabled parking slots and accessible ground-floor meeting rooms. 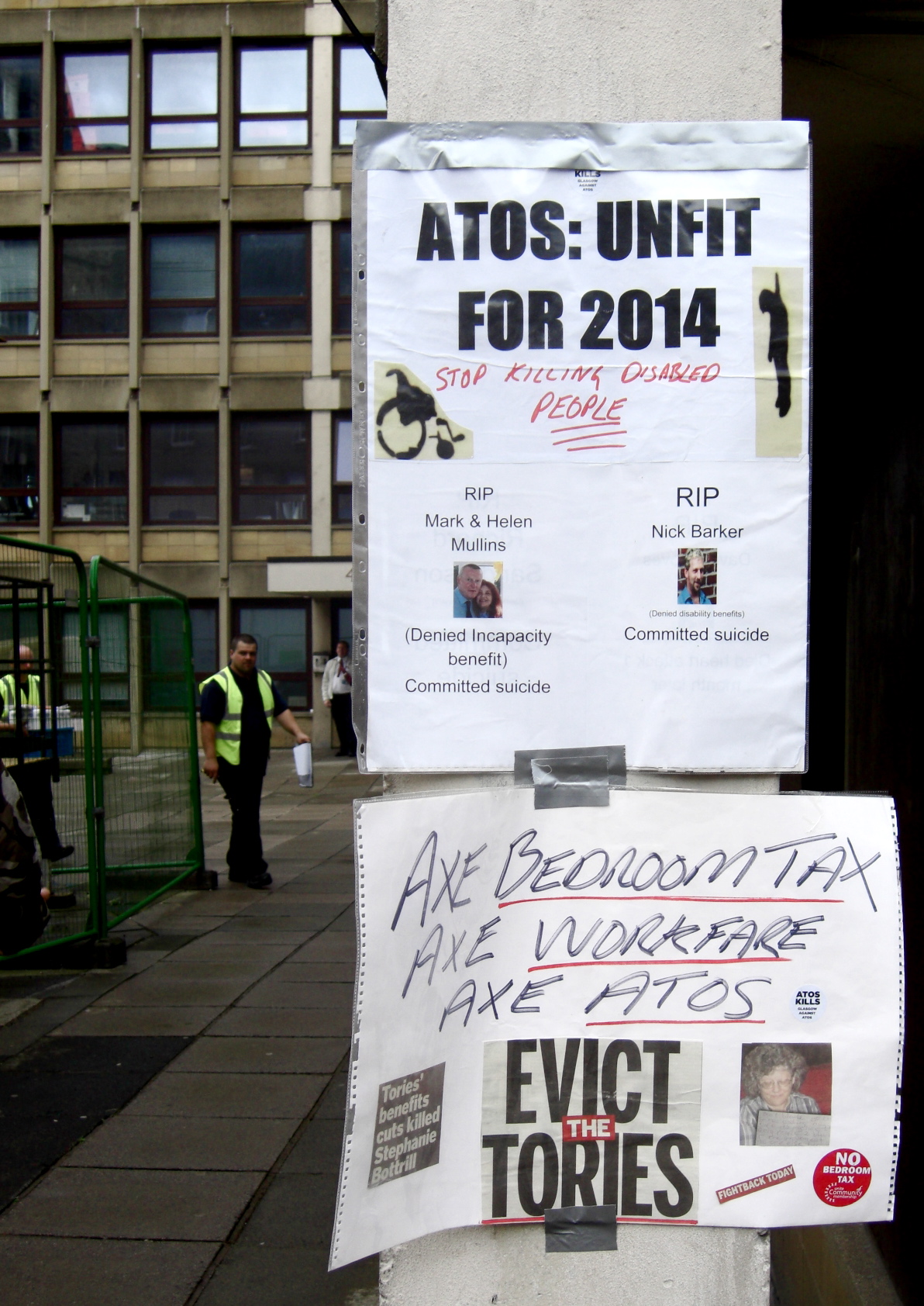 The results  of this ‘collective effort’ will be presented to a parliamentary select committee later in the year, along with a petition containing – it is hoped – over 100,000 signatures.


Thomas told of his steep learning curve since meeting campaigners in Edinburgh over recent days.

‘The depth of suffering caused by this scapegoating is incredible,’ he told Spurtle.


One Edinburgh mother recounted to us her two daughters’ struggle to have their severe learning difficulties recognised. Despite medical confirmation of their lack of literacy or sense of time, both had been found ‘fit to work’. Repeated medical evidence to the contrary has been lost or ignored during the appeals process, she said. 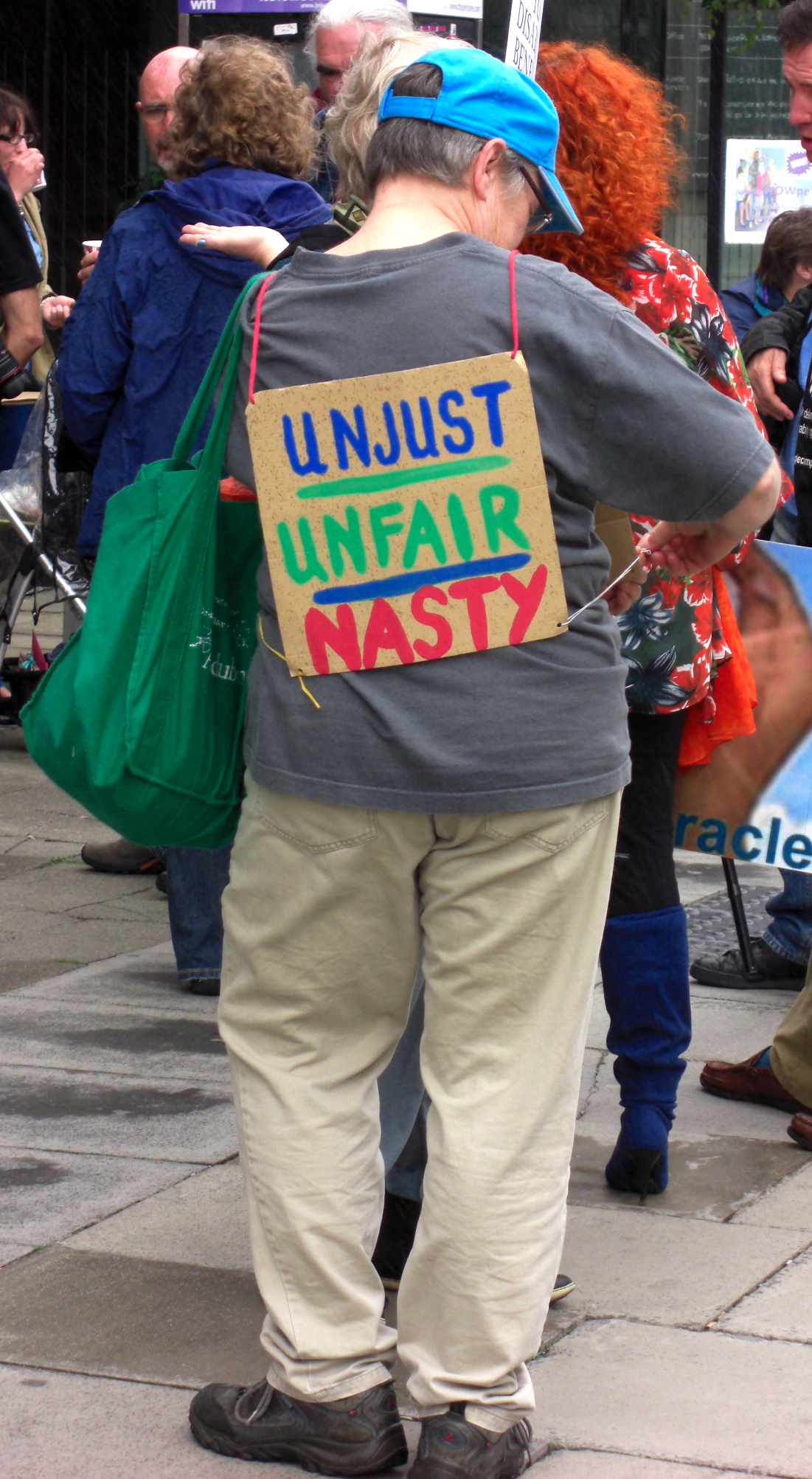 Susan Archibald, a disabled activist visiting from Fife, said her phone never stops ringing with people seeking advice. Citizens Advice Bureau staff cannot attend tribunals, she explained, and those claimants deemed employable soon find themselves in a no-man’s land – ineligible for a range of benefits and now further disadvantaged by the ‘Bedroom Tax’.


Rick Burgess of the WOW Petition Campaign to reform the Welfare Reform Act spoke emotionally of his own struggles with Atos, and vowed to reverse the ‘attack on welfare, the NHS, the mentally ill and disabled by those with a very narrow view of the correct way to live’.

Comedians Marcus Brigstock and Alexei Sayle are among other celebrities Spurtle understands to be offering support. Today's event formed part of Mark Thomas's 100 Acts of Minor Dissent which he performs in the Fringe at the nearby Stand Comedy Club.


Tomorrow he plans another – championing Lesbian, Gay, Bisexual and Transgender rights – outside the Russian consulate at 58 Melville Street. 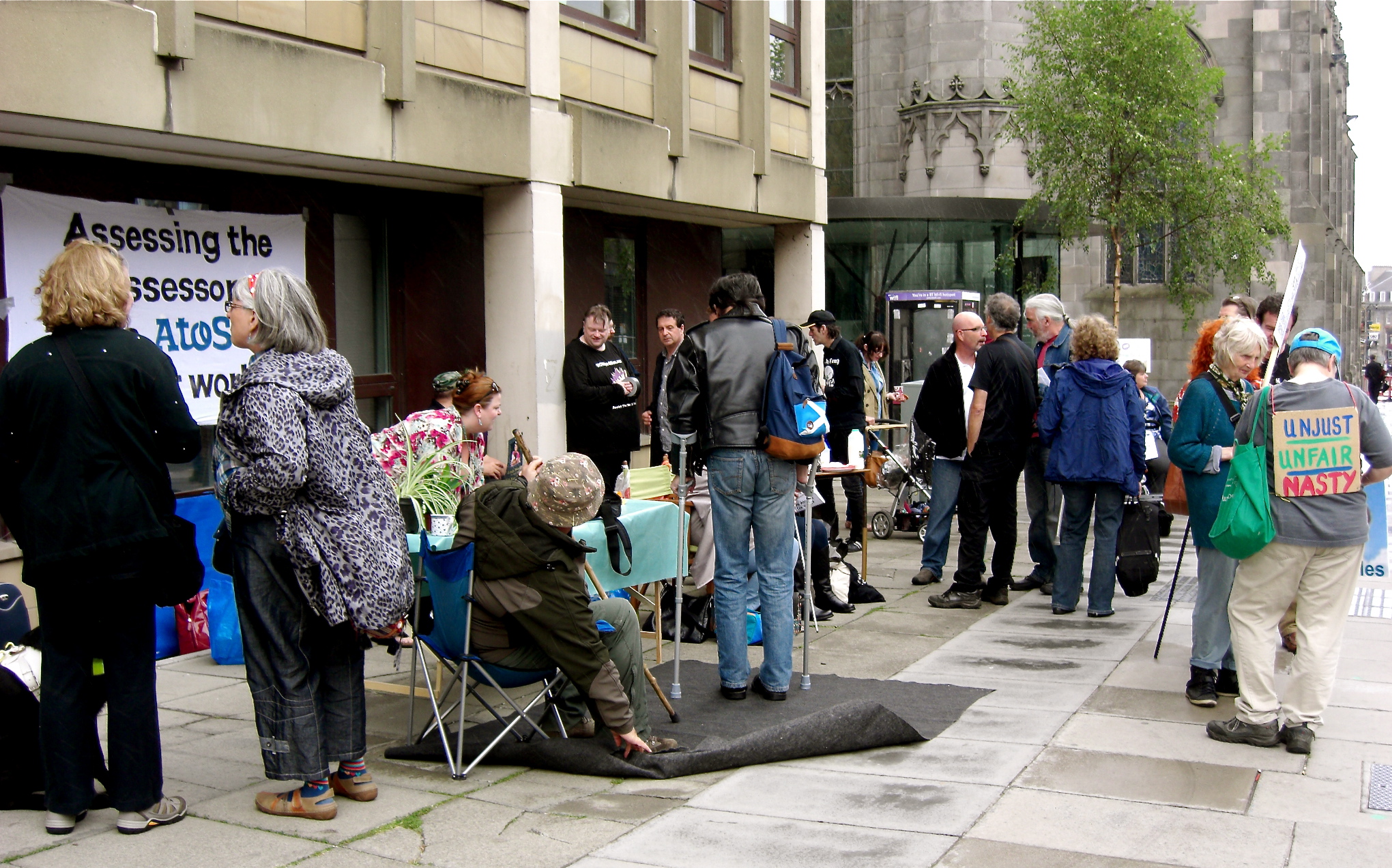 Tell us what you think about this or any other of Spurtle's Breaking news stories by email spurtle@hotmail.co.uk on Facebook Broughton Spurtle or Twitter @theSpurtle