BOTTOMS UP AT THE OMNI 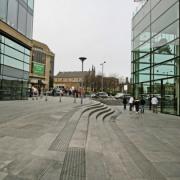 A planning application has been submitted on behalf of TH Real Estate to build a single-storey extension to the Omni Centre (Ref. 18/10093/FUL).

It proposes a glass-walled structure, offering 7,270 sqft of floorspace for use as a bar (see pink area in plan below). It would extend out of the Omni’s southern flank, occupying about half of today’s open space between Leith Street and Calton Hill.

Meanwhile, a change of use is proposed for 9,650 sqft of internal space (marked in green). This too is intended to become a bar. 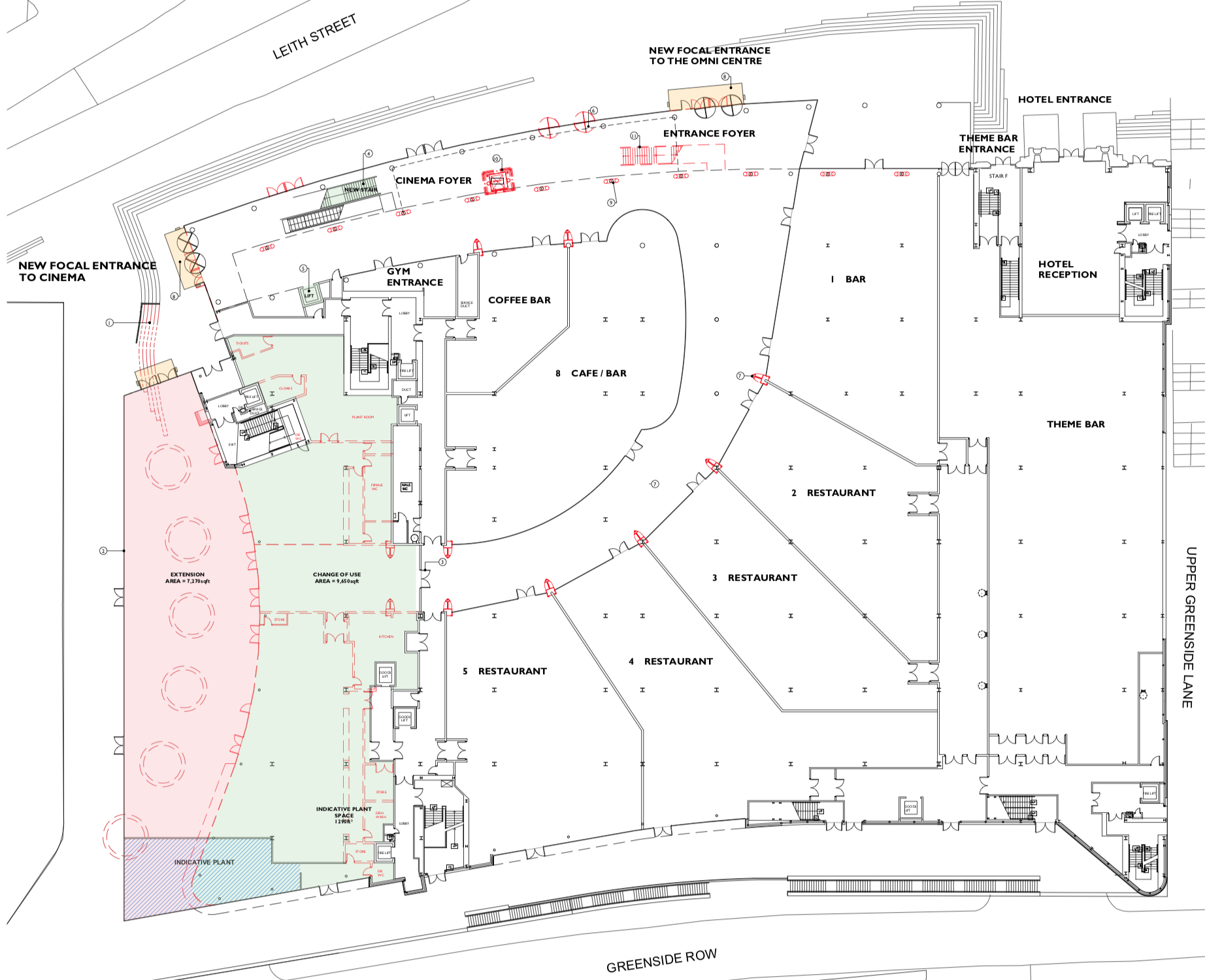 All this on Leith Street, designated last month as an area of overprovision, in which there will be a presumption against issuing new alcohol licences.

The Leith Street licence moratorium also includes the new Edinburgh St James quarter. Spurtle approached THRE’s Director of Development Martin Perry for a comment on Friday, but so far has not received a response. 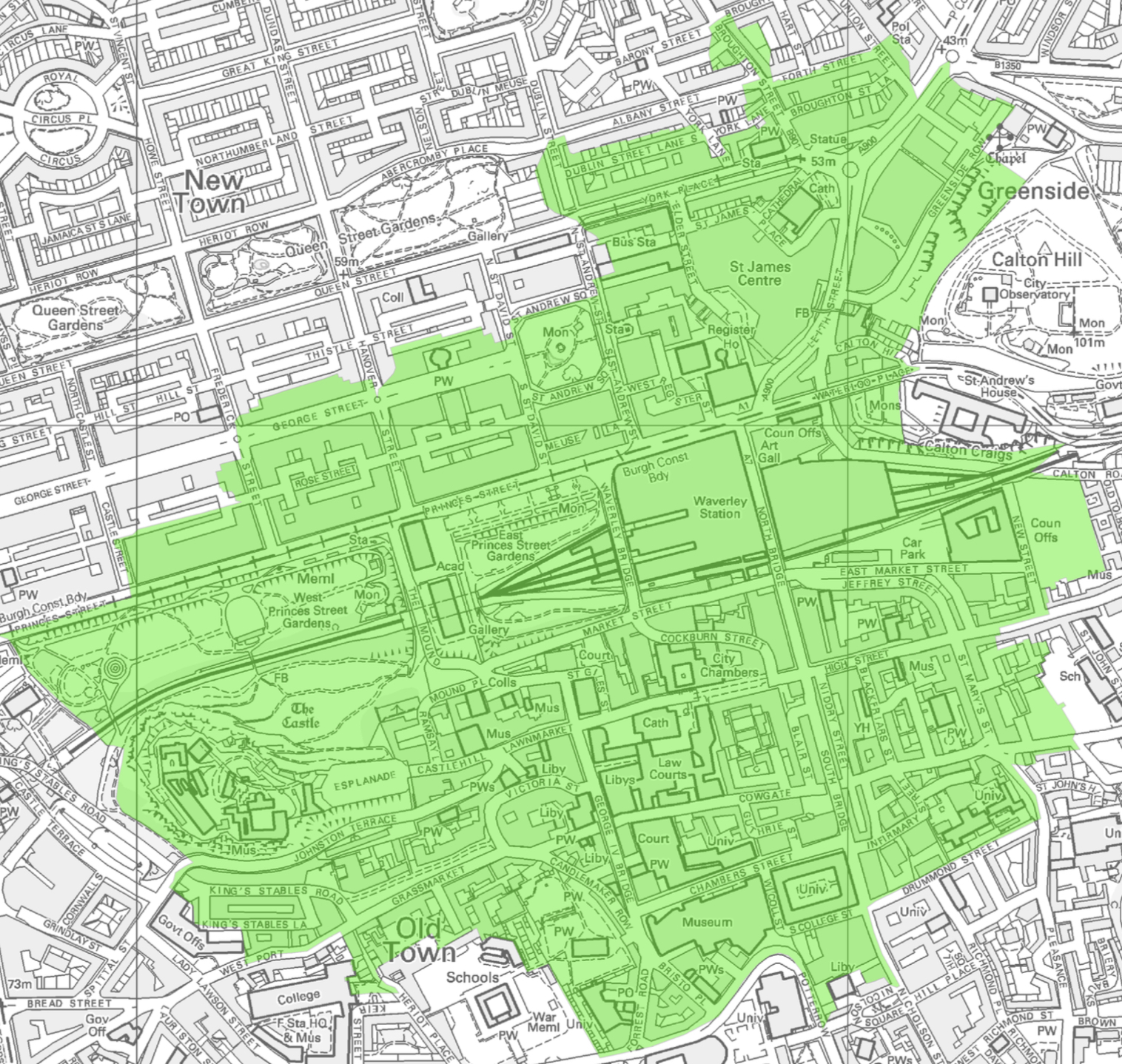 Not enough info, too little time

So far, the Council’s Planning Portal features 18 drawings of the Omni Centre, but no detailed supplementary information: no Design Statement, no Planning Statement, not even an application form.

The application was validated on 29 November, and comments (based on insufficient online data) are currently required by 28 December.

If you try reporting the lack of information to City of Edinburgh Council’s Planning Department by phone, you will be put through to a call centre in the bowels of East Market Street.

Staff there will undertake to email Planners on your behalf, with the proviso that the email system isn’t working properly at the moment and you may be better off dropping round in person.

All in all, not a great example of 21st-century Planning democracy in action.

[SEE UPDATES 1 AND 2 INCLUDED IN COMMENTS THREAD BELOW.] 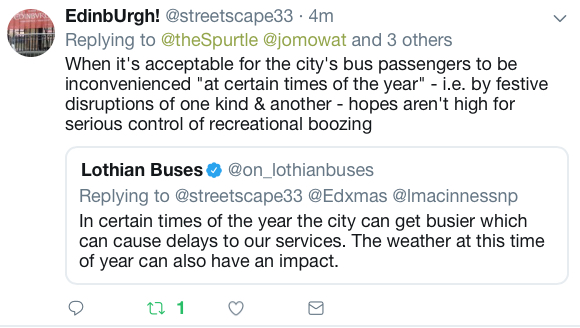 UPDATE 1: Additional online information became available on 10 December, following an enquiry from the public. You can view it HERE. 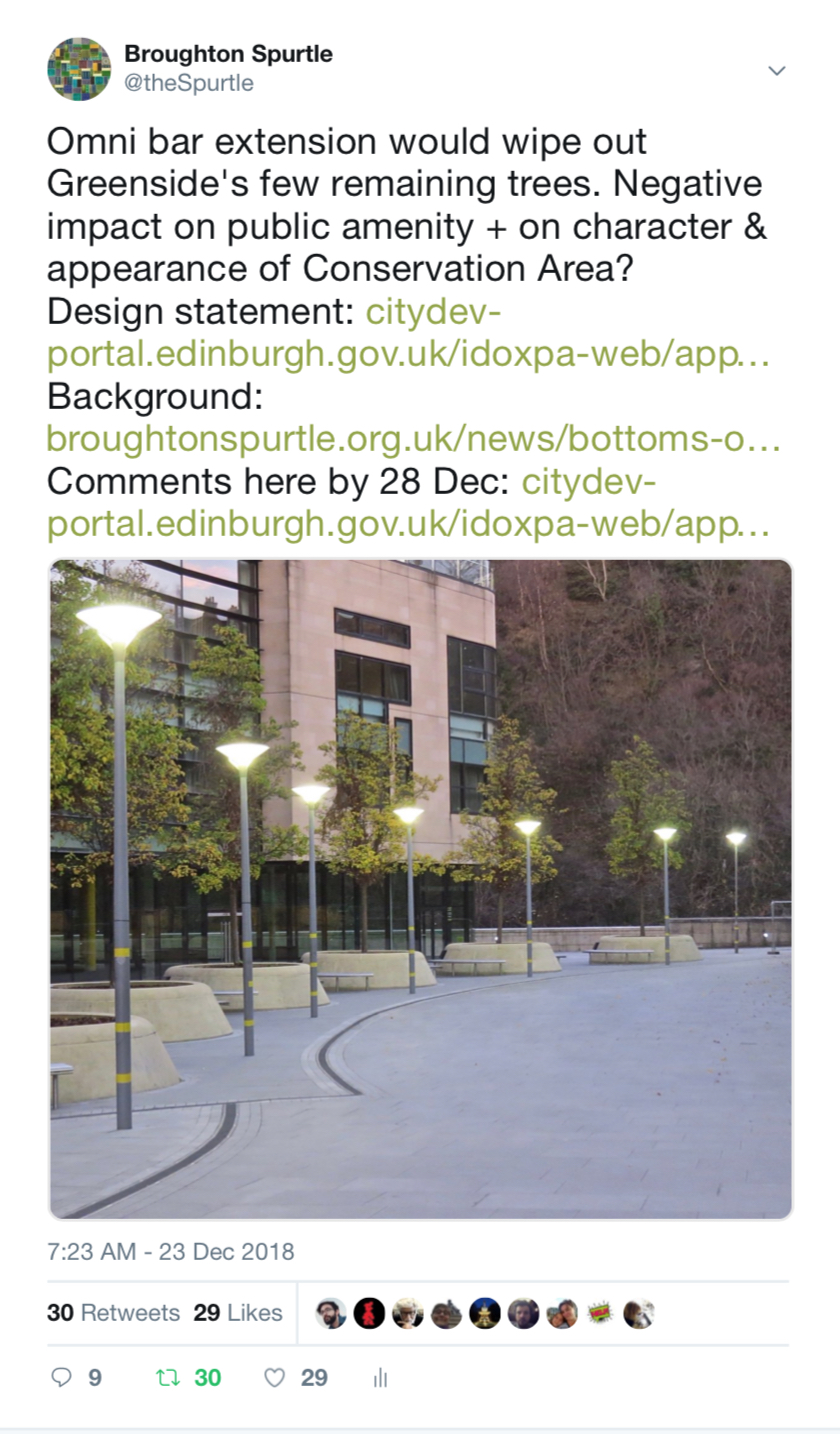 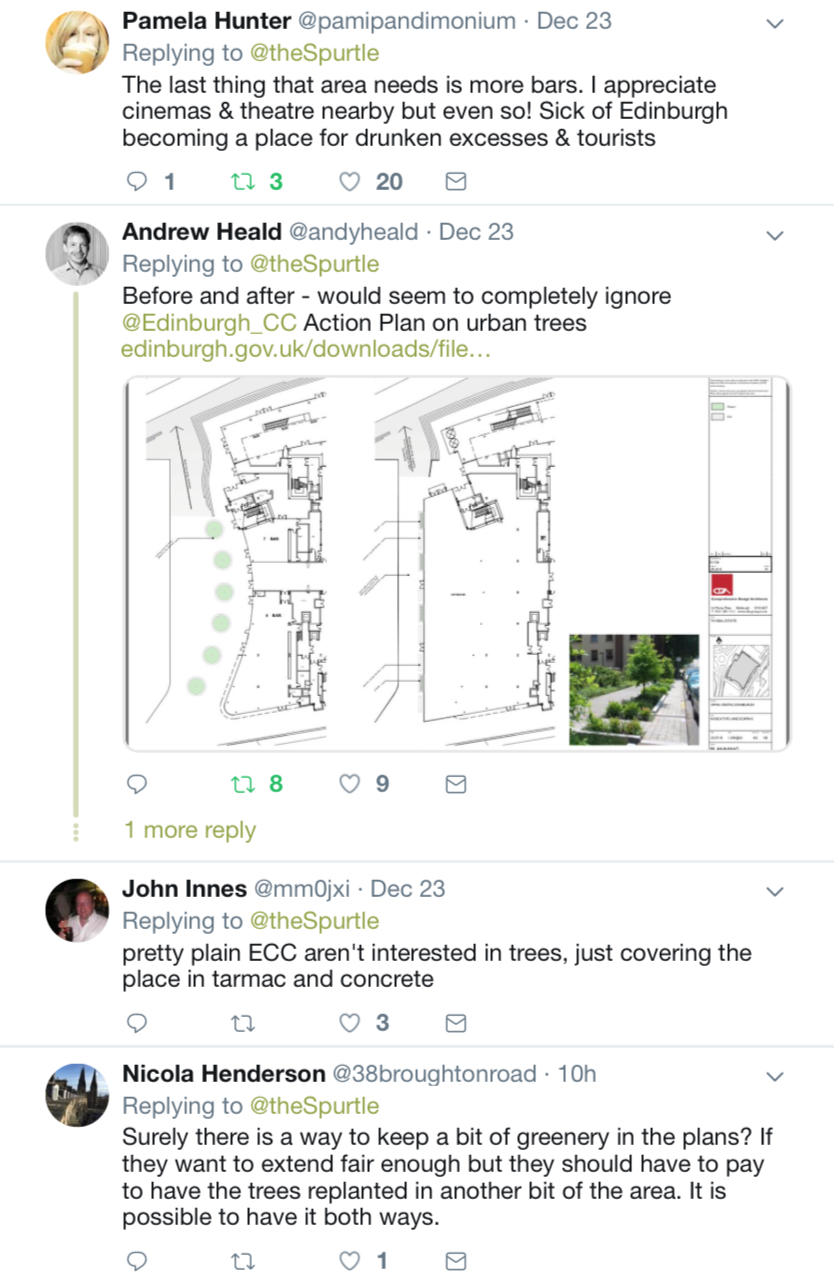 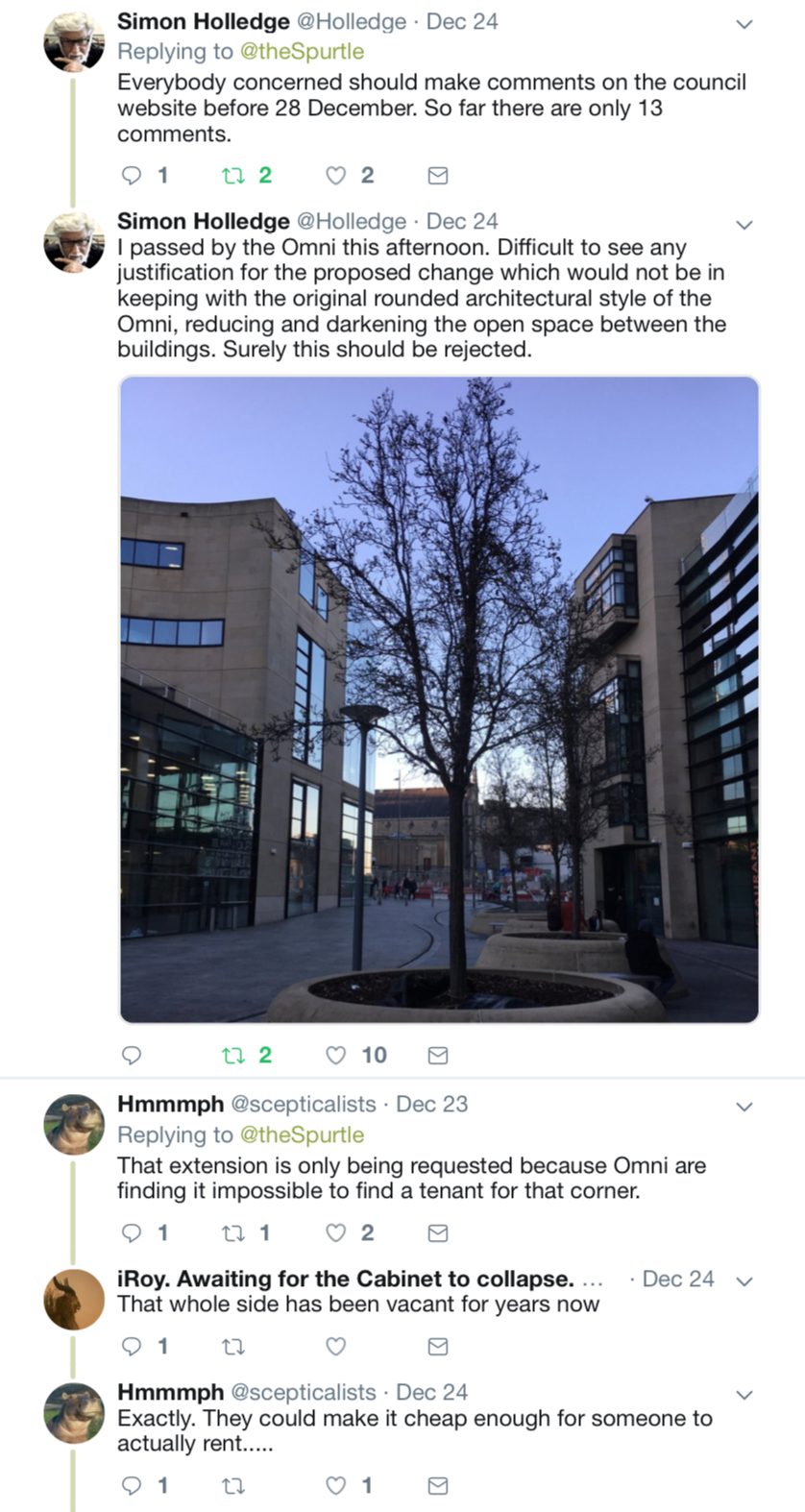 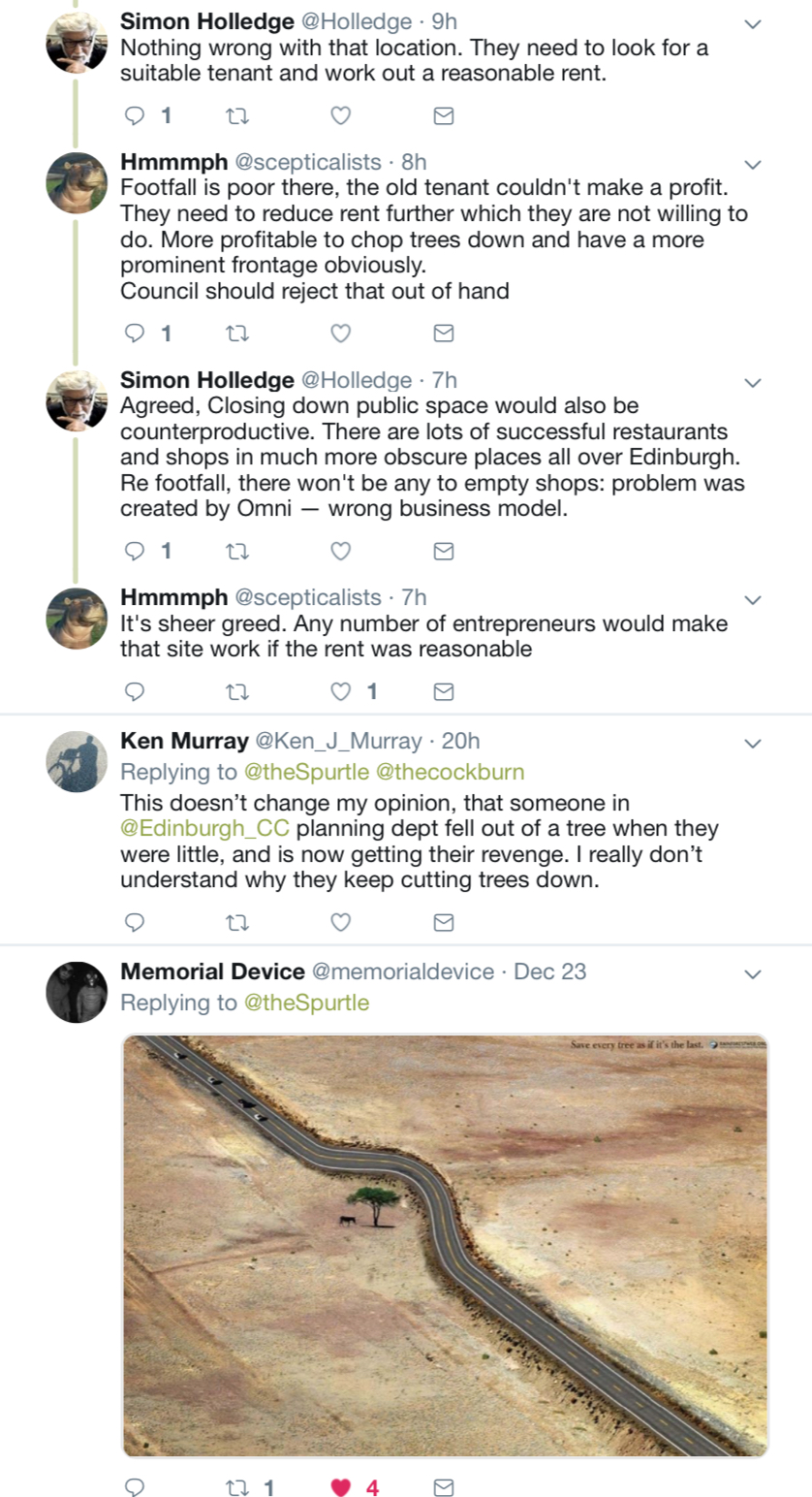 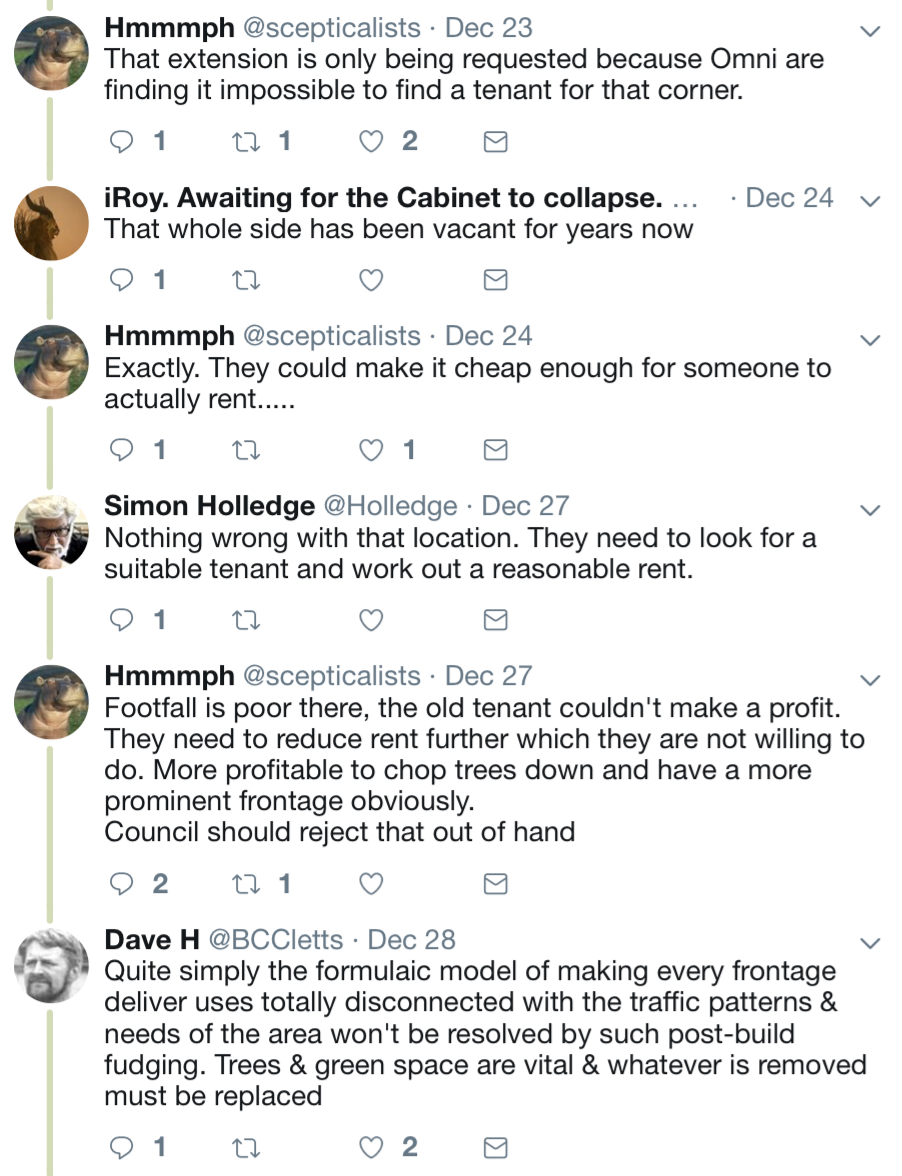 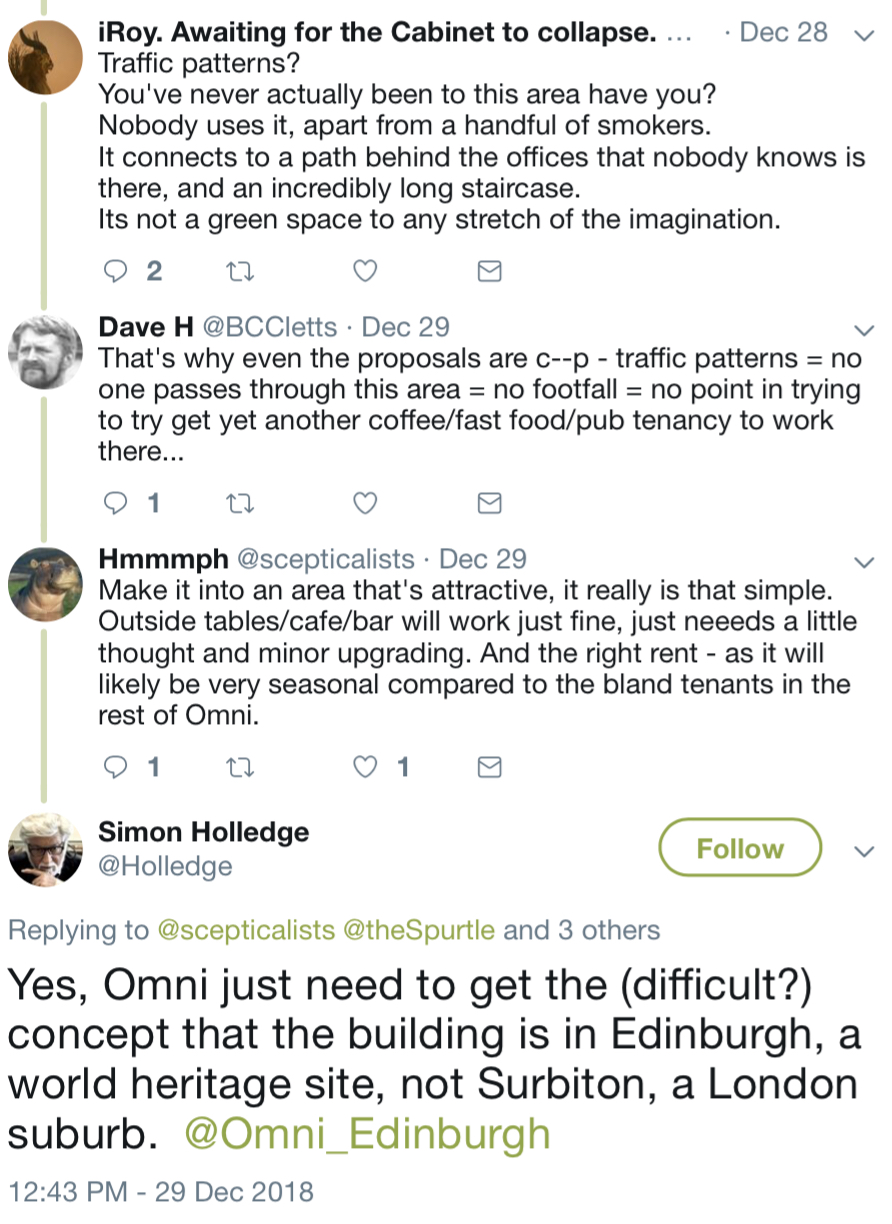 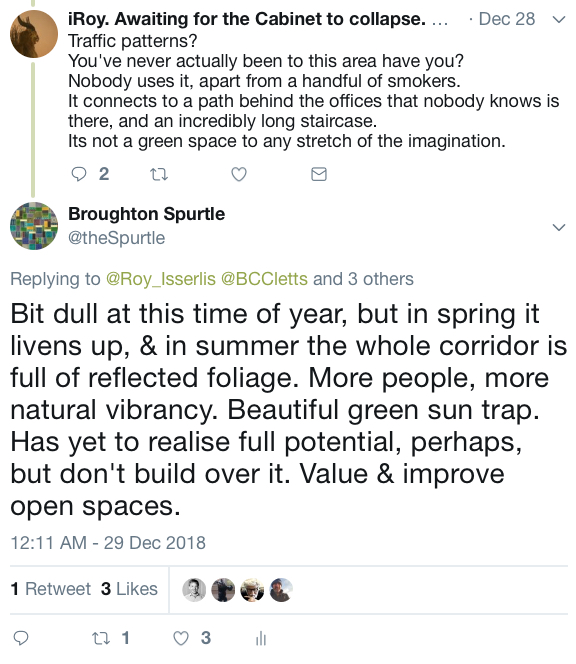 UPDATE 2: DEADLINE FOR COMMENTS HAS BEEN EXTENDED TO 4 JANUARY 2019. GO HERE TO HAVE YOUR SAY.