NEWS FROM THE MEWS 36 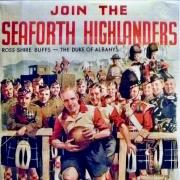 […] On the ground of cruelty, Mary Ewart or Ross, 37 India Place, Edinburgh, sought separation and ailment from her husband, David Buchanan Ross, lately private in the 78th regiment,[1] and at present residing at 7 North-West Cumberland Street Lane, Edinburgh.

The pursuer stated that she married the defender on 11th November 1884. He got drunk about every day between the date of the marriage and April 1886. At some length witness detailed her marriage experience, and the treatment she received from the defender. There were two children of the marriage. After further evidence, his Lordship took the case to avizandum.[2] […]

[1] The 78th (Highlanders) Regiment of Foot (or ‘The Ross-shire Buffs’) had merged with another in 1881 to become the Seaforth Highlanders.

INSANITARY HOUSES.—Yesterday the Public Health Committee of the Edinburgh Town Council had under consideration the question of a number of insanitary houses. Several of these are located at Hawthornbank and Dean Path, Water of Leith; and the committee agreed that the owners should be called upon to show cause why the houses should not be shut up.

AT THE EDINBURGH POLICE COURT TODAY—Bailie M’Donald on the bench—a young woman named Catherine Thomson, who appeared at the bar with her head enveloped in bandages, was charged with having, on the 21st inst., attempted to commit suicide by leaping out at an open stair-case window of the tenement No. 5 Simpson’s Court, Greenside, to the street.

Accused stated that she was drunk when the offence was committed, and asked for another chance. She never would come back again. The Bailie, with the remark that she would be better of a few days’ reflection, sent her to jail for ten days.

ASSAULTS.—At the Edinburgh Burgh Court to-day—Bailie Turnbull on the bench—Dorothy Currie or Mansie, Simpson’s Court, was sent to jail for 21 days, for having on Saturday assaulted a woman named M’Gauchy, in Greenside Row, by striking her on the head and left hand, with an earthenware cup. Robert M’Lay, also a residenter in Simpson’s Court, was convicted of having on the 8th inst. struck a woman on the head with a shovel. He was sent to jail for 30 days. 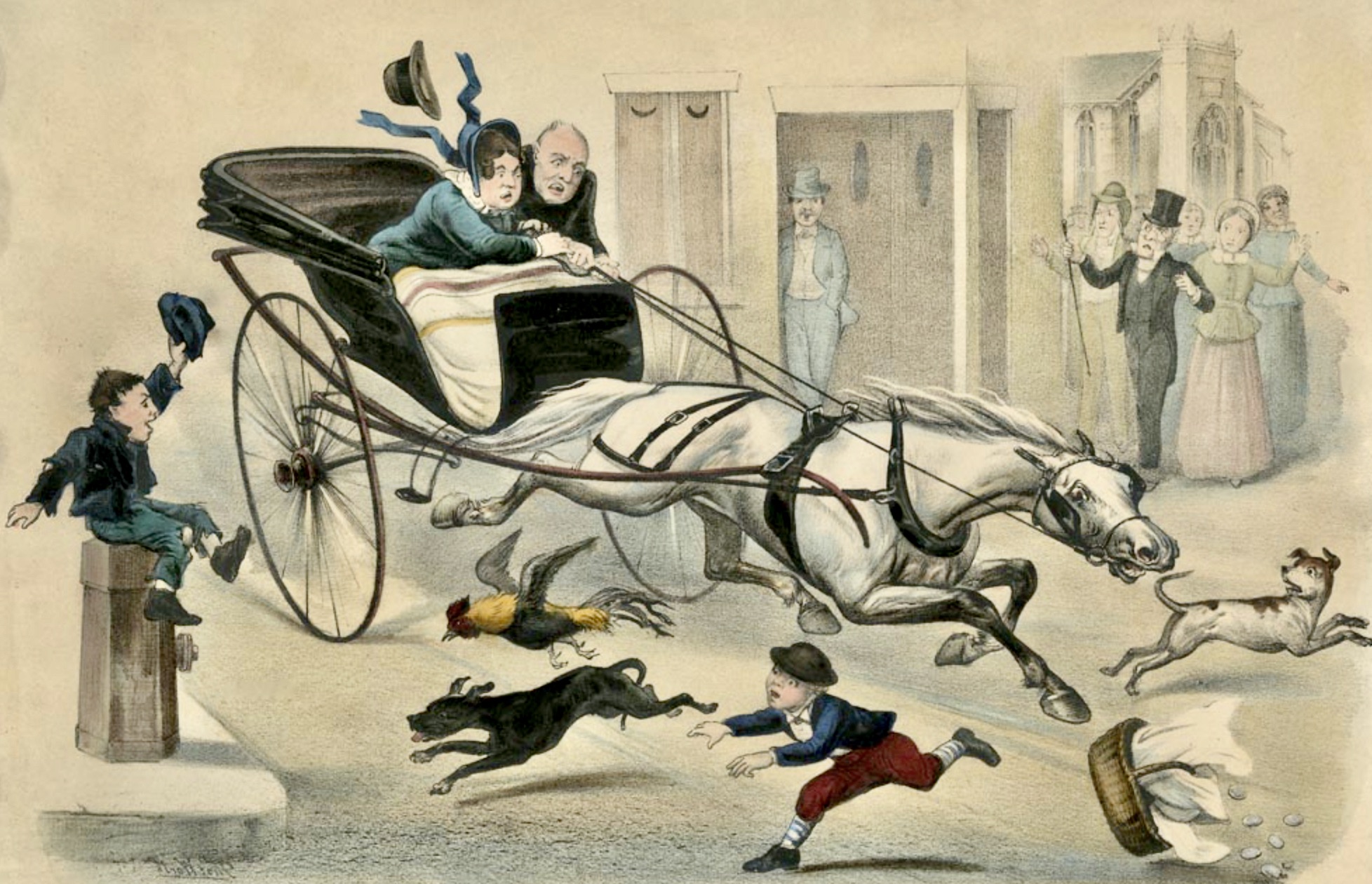 FATAL ACCIDENT TO A COACHMAN.

Yesterday afternoon an accident occurred in Edinburgh whereby a coachman named H. Kelloway, in the employment of Dr Joseph Bell,[3] and residing at 4 Rothesay Mews, had his skull fractured.

While in Comiston Road the horse he was driving shied and bolted, and he was thrown from his seat to the ground. Had it not been for the prompt action of Miss Bell, the lady he was driving, who, on his falling, at once seized the reins and pulled up, the accident might have terminated even more seriously.

The injured man was conveyed in an unconscious state to the Royal Infirmary, where he died this forenoon. His skull had been fractured.

ST JOHN’S CATHOLIC SCHOOLS.—On Saturday afternoon Archbishop Smith laid the foundation-stone of the additions to the St John’s Catholic Schools, York Lane, Edinburgh. He was assisted by Canon Donlevy and the other clergymen of the Pro-Cathedral, and there was a large attendance of the school children and friends. The additions and alterations will provide accommodation for several hundred extra children, and will cost over £1400. The plans were prepared by Mr John Biggar, 26 Frederick Street. 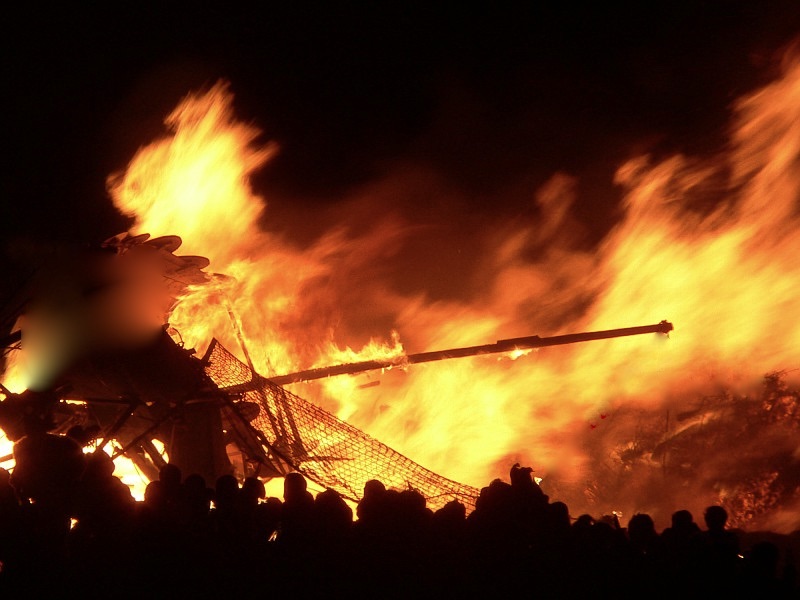 About midnight last night a fire, which destroyed the large paper-making and stationery establishment of Messrs Tullis & Company, 7 George Street, Edinburgh, and did very great great damage to adjoining property, was discovered by Police-Constable Ritchie (204 B.) He saw smoke and flame issuing from the ground floor of the back part of Messrs Tullis’ premises, which look into Thistle Street Lane, and at once gave the alarm at Rose Street Station. The other fire brigade centres were also advised, but before any of the detachments of the brigade had arrived at the scene the whole building was in flames.

Messrs Tullis’ establishment extends from George Street to Thistle Street Lane, where it presents a frontage of about 100 feet long, and is four storeys high. In the middle it sinks to two storeys, rising again to George Street. The stock and stationery-making plant being very inflammable, furnished ample food for the flames, which spread with fearful rapidity, and, owing to the difficulty experienced by the firemen in completely surrounding the building it was almost impossible to check their progress, especially as the water supply in Thistle Street proved very inadequate.

Attracted by the blaze, an immense crowd was not long in gathering, and the sight they witnessed was one of awful grandeur. The whole sky was lit up by the glare, the graceful spire of St Andrew’s Church, and the Scott Monument in the background, standing out in bold relief. From the burning mass huge tongues of flame shot up into the sky accompanied by fireballs and large pieces of burning paper, which, spreading in all directions, gave the conflagration the appearance of

From all the windows at back the fire streamed out in long tongues, driving the crowd standing in the lane back to escape from the hot air. As the fire tightened its grasp the flooring of the various flats, borne down by heavy bales of paper and stationery-making machinery, began to give way, and before one o’clock the roof fell in, causing the flames to shoot far above the surrounding properties.

The firemen, in their efforts to save the surrounding dwelling-houses, whose inmates had cleared out, and to save part of the building where the fire originated, seemed to the crowd to have neglected the safety of Messrs Whytock & Reid’s premises immediately adjoining, but separated by a wall. Shortly after one o’clock the roof of this building was observed to be on fire, and as the flames in the one building got less their violence increased in their new stronghold. The roof fell in, but the flooring being concrete, the fire did not spread to the flats below.

About two o’clock considerable alarm was created among the crowd by a loud explosion in the burning building caused apparently by fire catching hold of a gas meter. At one time there seemed some danger of the block to the east of Messrs Tullis’ establishment catching fire, a corridor connecting the two. The red glare of the flames was seen through the glass of the corridor and through the windows of the topmost storey, but just in time a fireman appeared on the scene, and, cutting away the burning wood, directed a stream of water on the threatened portion, thus averting further danger in that direction.

The firemen were also successful in saving the adjacent dwelling-houses, one of which, on the east side of Thistle Court, had a narrow escape, and by two o’clock they had managed to check the further progress of the fire. In the premises of Whytock & Reid, cabinetmakers, and Messrs Tullis, however, the fire continued to burn for a long while, and was not entirely subdued till about four o’clock.

All the morning firemen were still playing on the smouldering embers. Messrs Tullis’ premises have been entirely gutted but the concrete flooring in the establishment confined the destruction there to the top flat. The damage Messrs Tullis & Co. have suffered in the loss of valuable machinery and of their stock must be very great, but their property as well as that of Messrs Whytock & Reid is understood to be covered by insurance.

The havoc wrought by the fire which took place early this morning is clearly seen by daylight. The back premises of Tullis & Co. are completely gutted, and there now remains nothing but a few beams, nearly all burned, and great masses of charred paper. The back premises of Whytock & Reid are all destroyed. No cause can be assigned for the origin of the fire. In the place where it broke out there is no fireplace—indeed, the whole building was heated with hot-water pipes.

In the saloon of Tullis & Co., there was a drawer containing some gold, silver, and copper coins. A number of these were found among the debris, and some of them were melted and run together into lumps. The whole of the stock, which was a very large one, is either destroyed or very much damaged. What has not been destroyed by fire, has been damaged by the water.

The front premises of Messrs Tullis have been saved, and this is owing probably to the fact that the cellars underneath are all built of brick and concrete, no wood being used in their construction. Had it not been for this, the whole front portion must have gone.No estimate can yet be made of the damage, but it must amount to several thousand pounds. The machinery alone, which was nearly all new, is said to be worth £1000. The premises were all reconstructed about three years ago.[5]

Great damage has been done to the stock of Whytock & Reid. There was a large quantity of good furniture and furnishings, and a large portion of it has been destroyed or damaged. The total damage to stock and property is estimated at over £20,000.[6] All forenoon the firemen were engaged pouring water on the ruined mass.

[5] The Tullis Russell Group, based in Cheshire, continues to trade. Its business archive is held by St Andrew's University, on whose website the letterhead above appears.

News from the Mews will resume on Thursday.