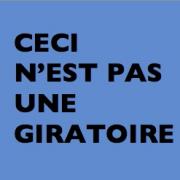 Transport & Environment Committee Convenor Lesley Macinnes has announced that the Council will prolong consultation about redesigning Picardy Place until January 2018.

The extension from an already extended December deadline is to improve debate about how the area may be used and improved.

It's a welcome response to public concern about questionable and inadequately consulted Council proposals so far (Breaking News 23.9.17; 5.10.17).

To stimulate debate, we publish today a refinement of Zone Architects’ proposal for a Broughton Promontory. It takes onboard praise, suggestions and criticism levelled at the plan we published on 13 October. A detail appears below, but for the whole thing in maximum clarity, open the pdf at the foot of this page. 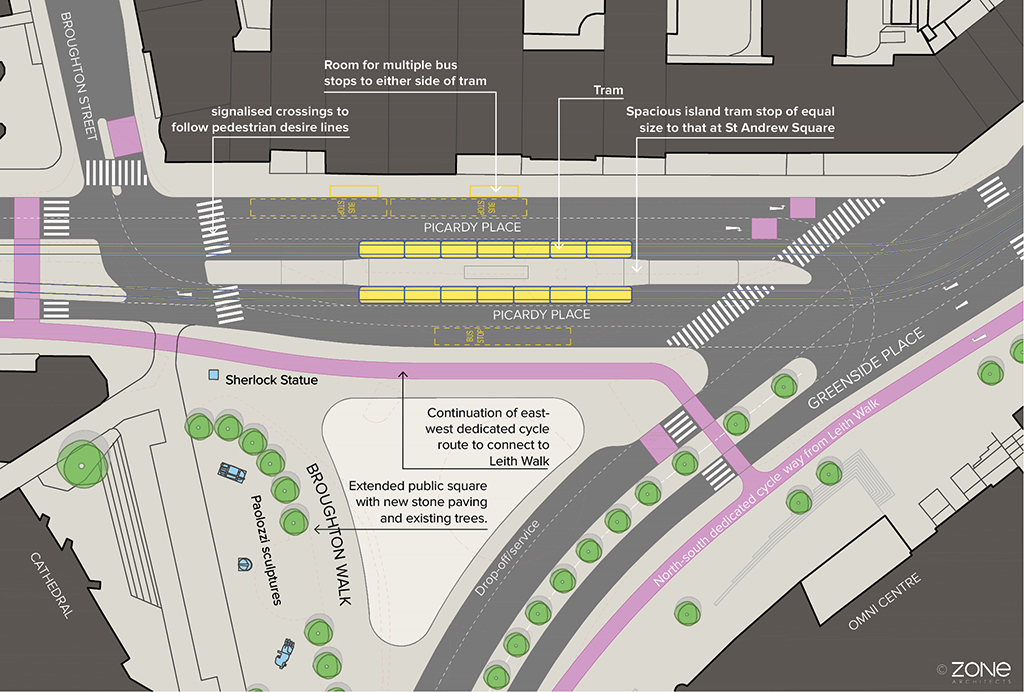 This is a work in progress, a starting-point for discussion. It doesn’t pretend to address every detail. What it does do, we believe, is present an inspiring alternative to the Council’s stomach-turning traffic-focused gyratory.

The emphasis in this counter-proposal is on the quality of the Place, not the efficiency with which ever more vehicles could be channelled across town and funnelled in and out of the cavernous new St James Quarter car park.

It follows the City of Edinburgh Council’s 2016 Active Transport Plans promoting travel by tram, bus, bicycle and on foot. It adheres to the Scottish Government's Designing Streets policy statement of 2010. It respects the city of Edinburgh.

There is the potential here for ‘a public building of civic importance and excellent design’.

Sherlock Holmes stands thoughtfully at the top of Broughton Street, in a well-connected public space within easy reach of the Conan Doyle.

The ‘Manuscript of Monte Cassino’ pieces remain where they were designed to be, at the heart of Paolozzi’s Edinburgh cosmos.

Taken as a whole, it is, we reckon, an imperfect but altogether simpler, more elegant and humane design than the traffic planners’ thundering maelstrom. It would provide a public space of which Edinburgh could be proud rather than terrified or ashamed.

Your views, as always, are very welcome. We're happy to publish alternative alternatives if you have them. 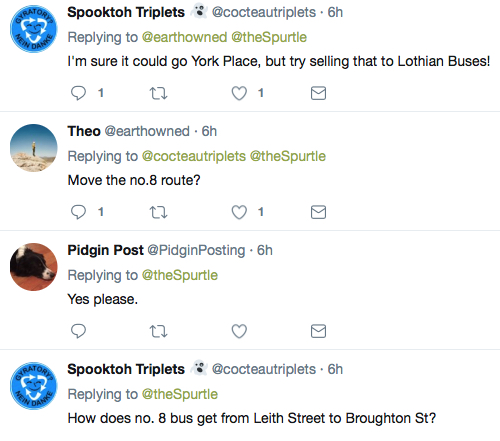 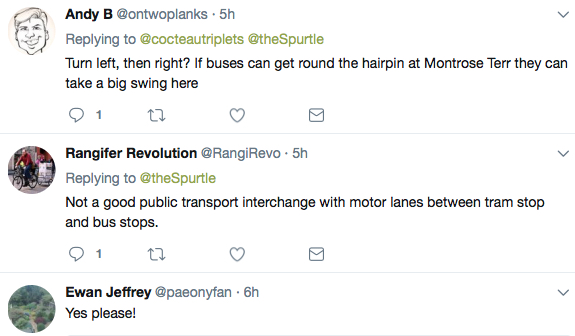 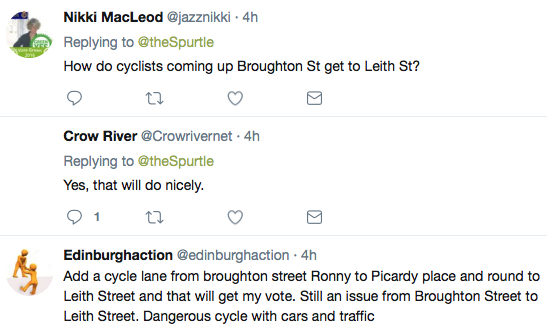 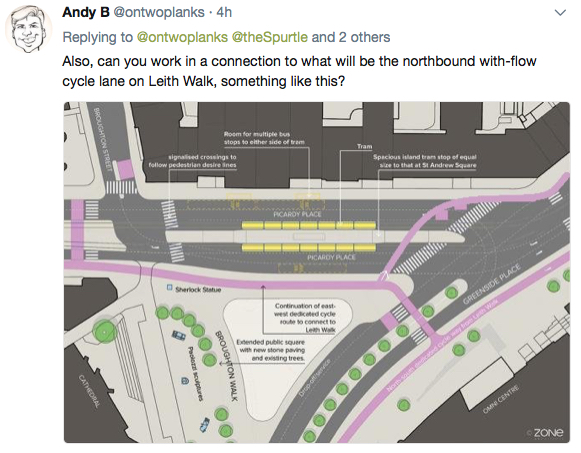 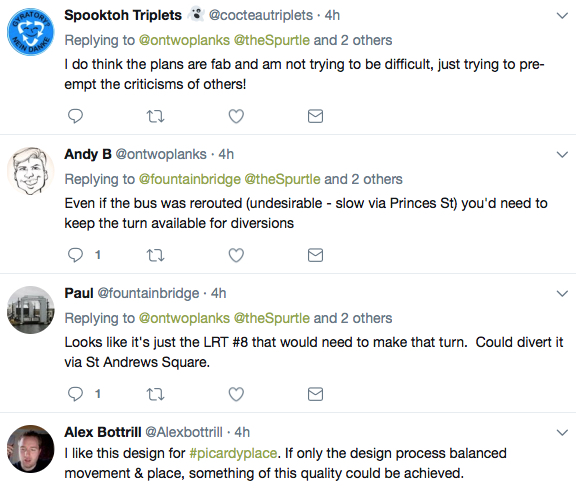 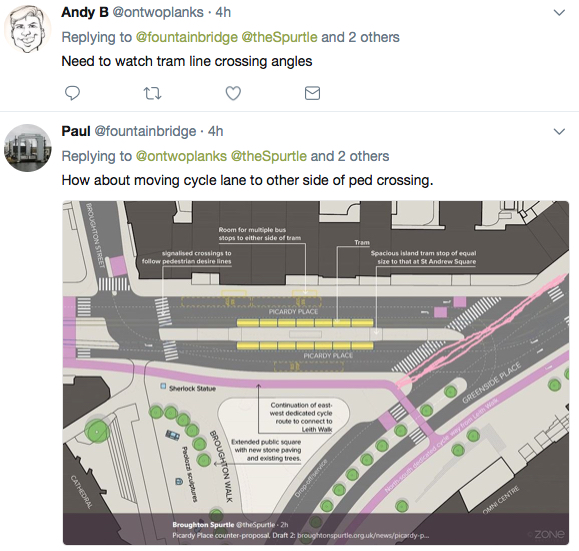 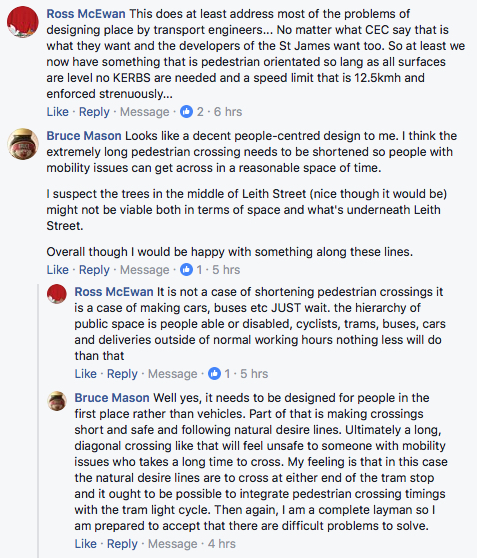 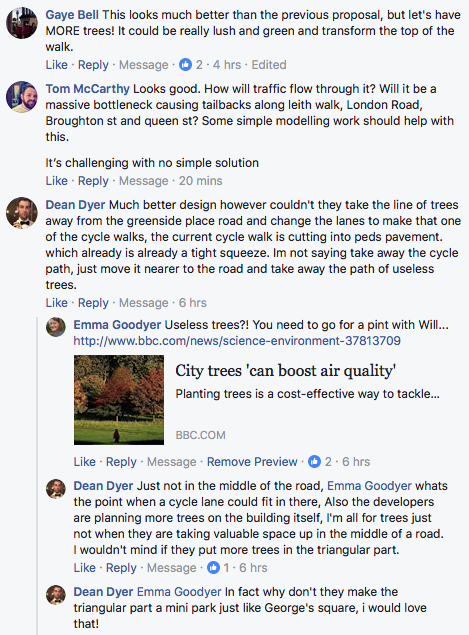 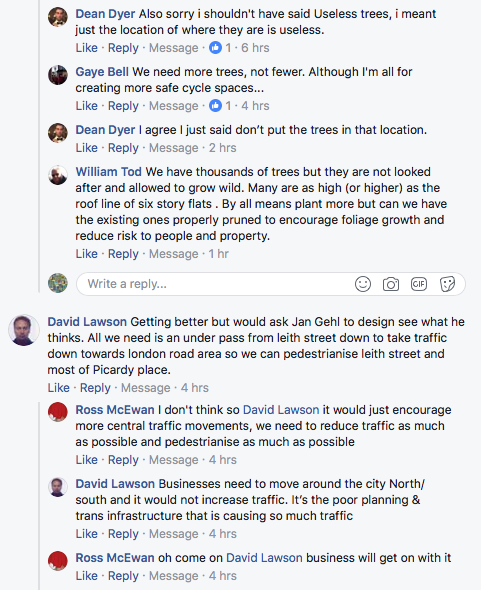 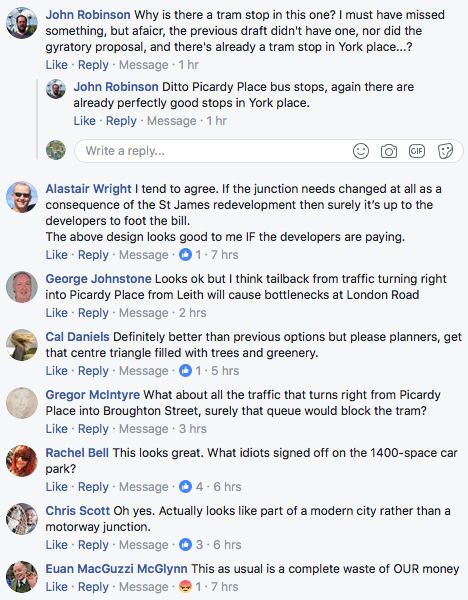 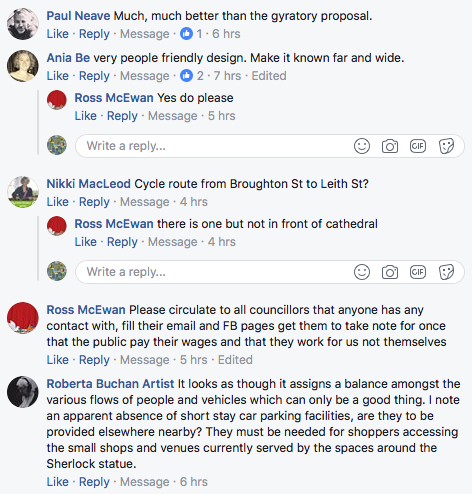 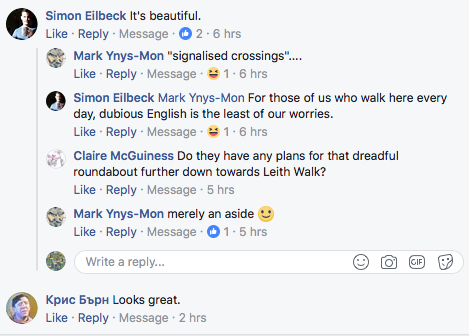 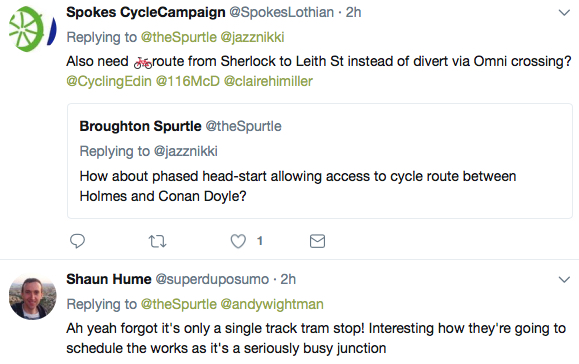