PICARDY PLACE IN THE SPOTLIGHT 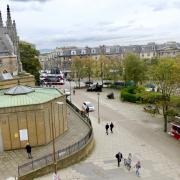 He initially covered much of the same ground covered during the Transport & Environment Committee on 5 October.

He outlined how redevelopment of the junction had been part of plans for and consultation about a new St James Quarter since 2009. It was embedded within the Growth Accelerator Model (GAM) signed last year.

He said Council officials and elected representatives had agreed on the need for further public engagement, and a schedule for this (including events over several days at the end of this month in City Chambers) would be announced soon. 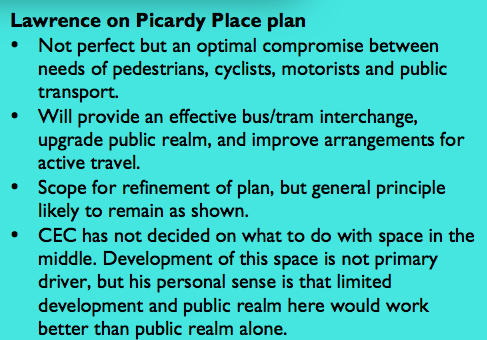 No go and flow

Community councillor Alan Welsh described the gyratory proposal as ‘retrograde’. Traffic lights would interrupt smooth flow of traffic. Some 19 bus routes would be squeezed into too little space.

Lawrence and SWECO transport consultant Alasdair Sim denied that the current rotary arrangement was efficient, and said lights could be phased/coordinated more effectively. But no detail design had yet been completed for this. There would be enough space for buses. 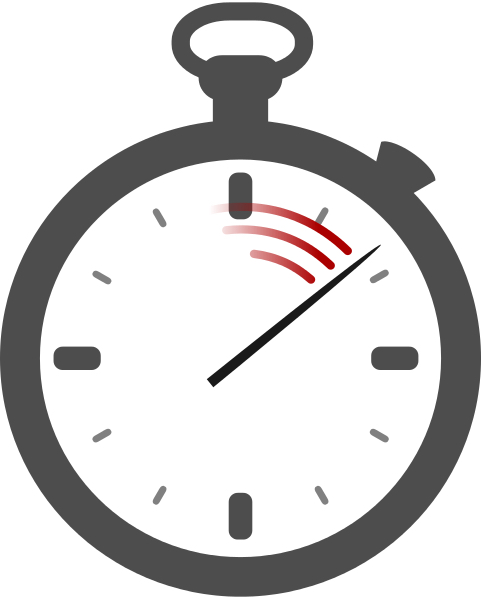 Why the need for speed?

NTBCC’s Planning Convener Richard Price asked why the PPP had emerged recently within such an accelerated schedule.

Lawrence and Sim said there would be considerable cost savings to be had from starting work on the PPP whilst Leith Street was still partially closed. They later conceded that constructing the PPP would be more difficult but not impossible after Leith Street reopens.

Considerable scepticism greeted these remarks. One person described the GAM arrangement as ‘mastery of the dark arts’, another said the PPP was part of a much broader plan for citywide traffic changes which had not yet been fully aired.

A third queried whether there was another Council agenda to restrict north/south traffic along Leith Street. This Lawrence categorically denied, saying ‘This is not our position’, but Councillor Mowat (City Centre) responded ‘For now … It wasn’t discussed’. Spurtle will investigate further.

Councillor Mowat said that full approval for the PPP could not be achieved before Leith Street reopened, and a decision on extending the trams would not be taken until autumn 2018 – so why the hurry?

Sim said construction could begin before Traffic Regulation Orders were achieved. Lawrence said improved traffic flow motivated the PPP, but they were required to ‘tram-proof’ the designs in case extension was agreed.

Few people felt that the apparent need for speed had been adequately explained.

Do we have a choice?

Can the PPP gyratory be dropped?

Lawrence replied that this was possible but unlikely. Councillors could decide to abandon the gyratory, but without the agreement of GAM partners, CEC would risk losing a very substantial sum.

Another questioner asked whether the size of the PPP’s central space could be reduced, allowing for additional public realm outside the Cathedral. Would this be practical within the GAM context? ‘Is it something we should be pushing for?’ Lawrence agreed that it could and it would. The implication was that we should.

He later added that he had ‘a lot of sympathy’ for preserving the common area outside the Cathedral currently used for funerals, weddings, markets and Paolozzis.

These apparent concessions were later regarded by some as hopeful, and by others as cynical gambits. 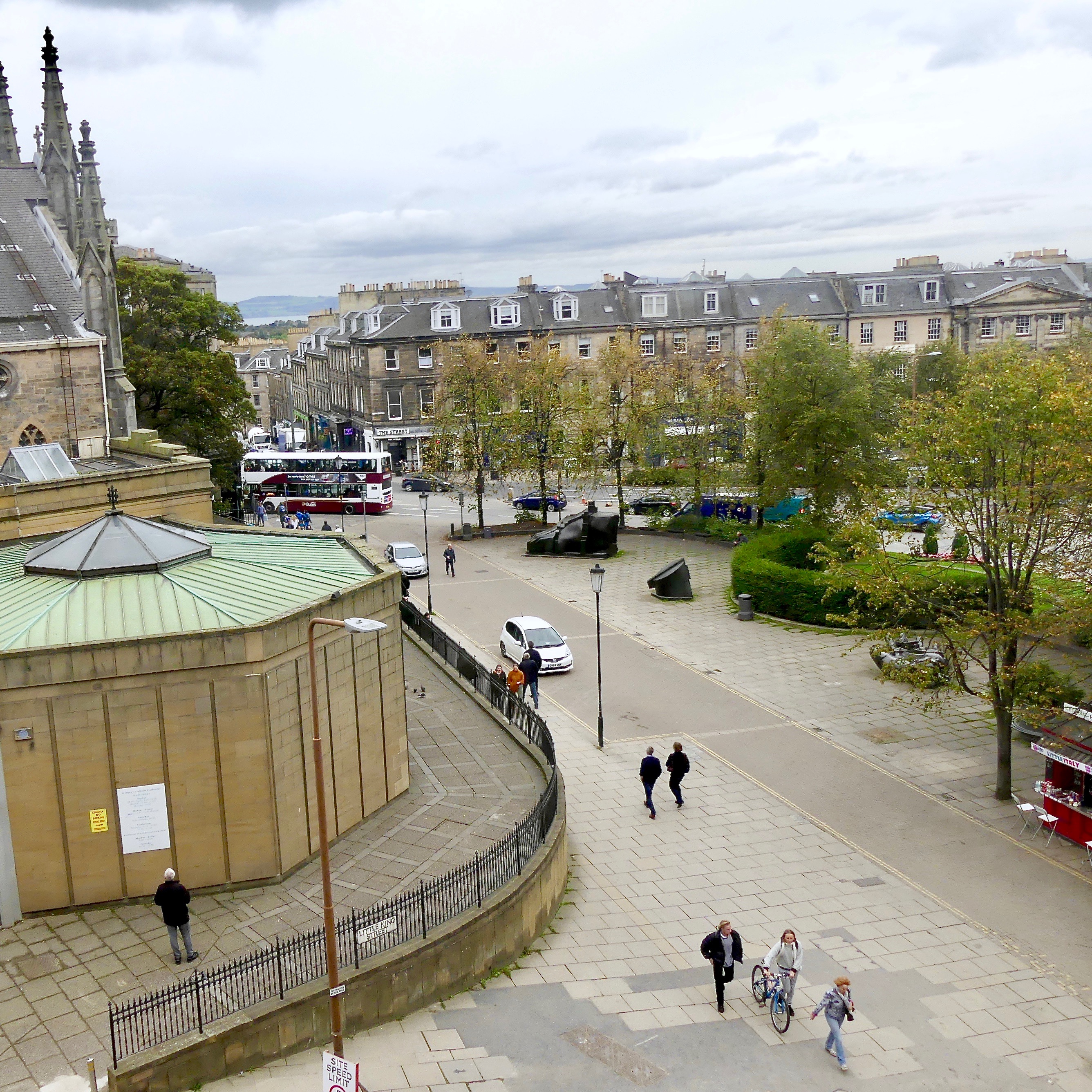 Various questioners suggested the PPP was too focused on Picardy Place, and did not take adequate account of likely knock-on effects elsewhere in the city.

Various questioners suggested that the PPP was transport-led, and took insufficient account of air-quality, environmental and aesthetic concerns.

Lawrence responded that ‘future-proofing’ the PPP (against extension of the trams) was part of a strategic approach, and that ‘place’ had been central to consideration of the total scheme.

Community councillors and members of the public called for:

It had been a feisty evening, with strongly held convictions robustly expressed and rebutted on both sides. It was pretty good-natured, with Lawrence and Sim receiving brief, appreciative applause afterwards.

Once the two had left, community councillors agreed on the importance of getting involved in this extended public engagement process, however uncomfortable they were about its limitations. NTBCC will send a deputation to the December Transport & Environment Committee and encourages others to do likewise.

There was renewed incredulity at Lawrence’s claim that PPP had been the subject of earlier consultation rounds. Those present struggled to remember any, apart from a Pre-Application Notification meeting in December 2013 which eventually amounted to nothing. Spurtle believes NTBCC may have responded critically to CEC's draft development principles for Picardy Place between April and August 2009 (see Issue 169), in particular the proposal for a hotel screening the Cathedral, but has found no record of it.

[A report that summarises that discussion is attached below, and interestingly it notes the possibility of creating a continuous public space with pedestrian priority between Little King Street, the Cathedral and the tram stop, for example see p.25.]

Picardy Place had consistently been ‘disaggregated’ from the St James Quarter planning discussions, agreed Councillor Mowat, with officials refusing to discuss it in detail. There was a strong sense that Edinburgh was now being bounced into a decision at an undue pace and with insufficient information for reasons which are not as clear as they should be.

The following selection of comments has been screenshot from our Facebook page here https://www.facebook.com/Broughton-Spurtle-116862745052401/ and our Twitter feed here: https://twitter.com/i/notifications 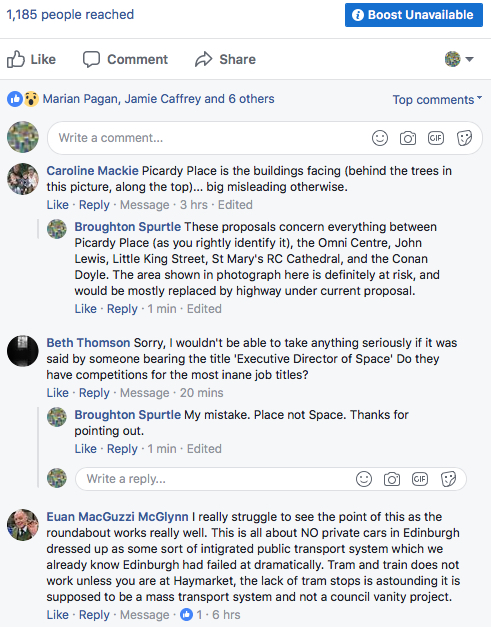 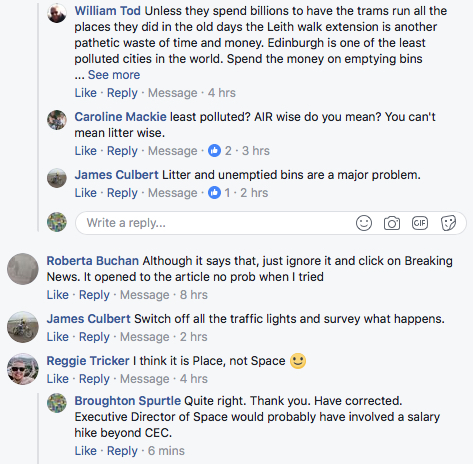 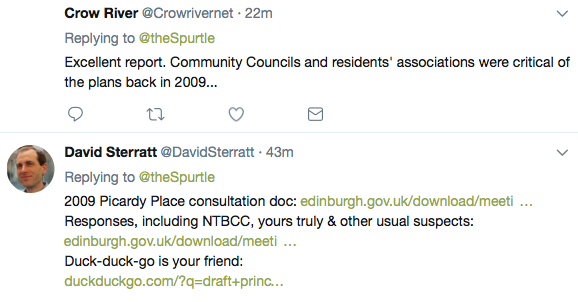 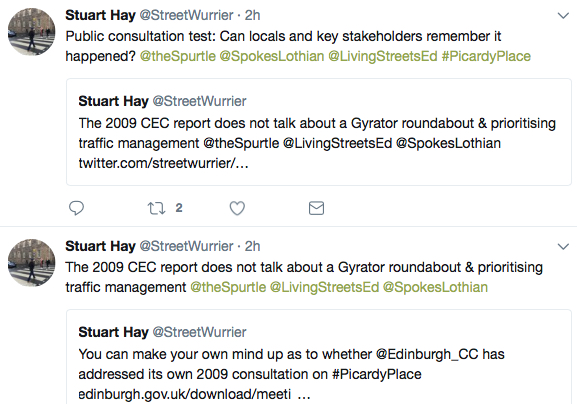 Email from Eddie Pryor: Been reading the discussion about the roundabout plans. I may be too late, but my thoughts …

A roundabout (gyratory) is always going to be a disaster - slow, bottlenecks, traffic lights, and pedestrians and cyclists will always come off worse (and add in trams for good measure).

So - no roundabout - let the traffic flow and keep moving, let pedestrians and cyclists have their own prioritised routes.

I’ve suggested a scheme below which achieves those - very little cost, much more open space, clear routes through, over and under. 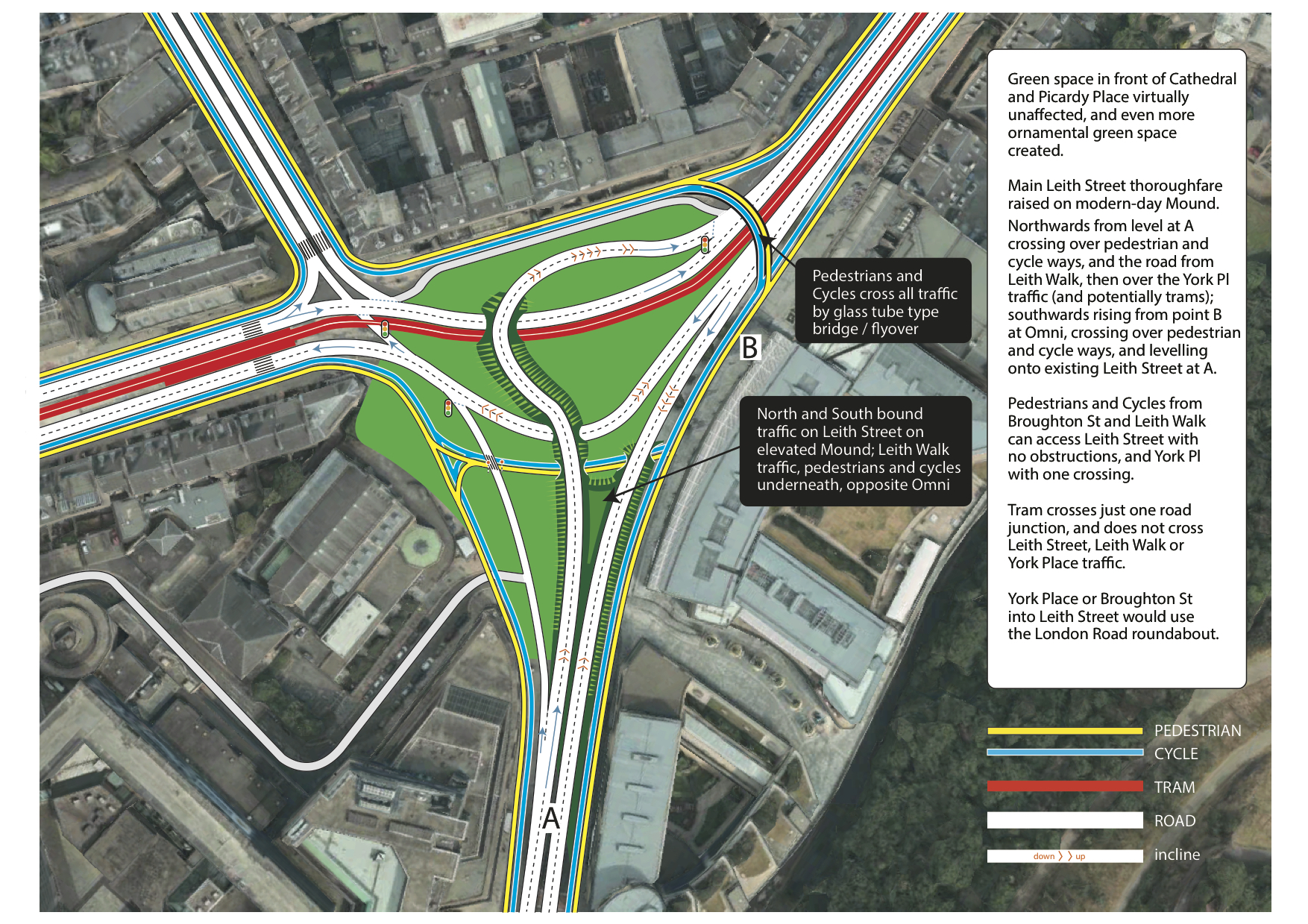 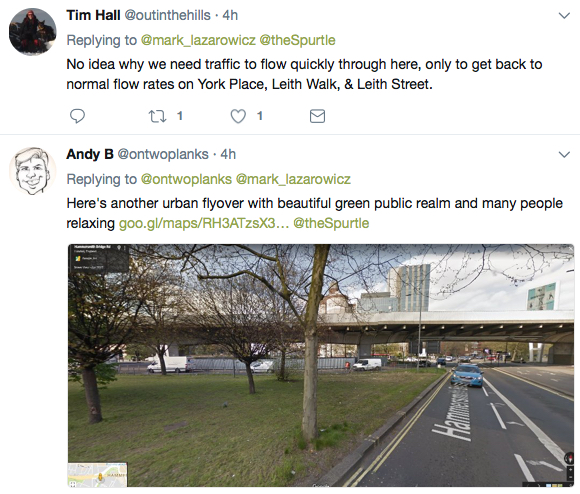 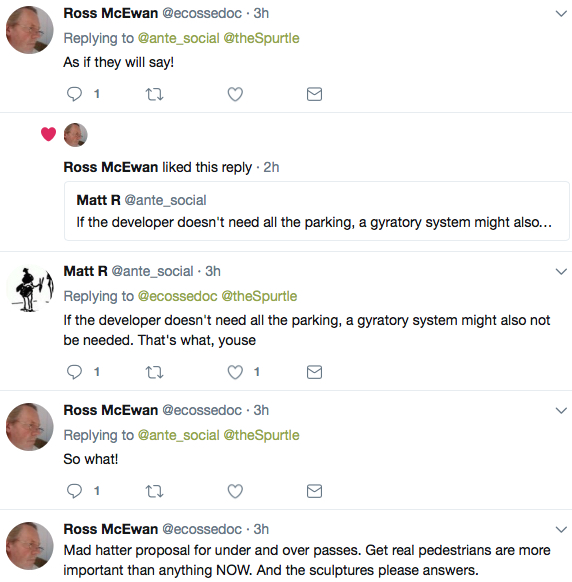 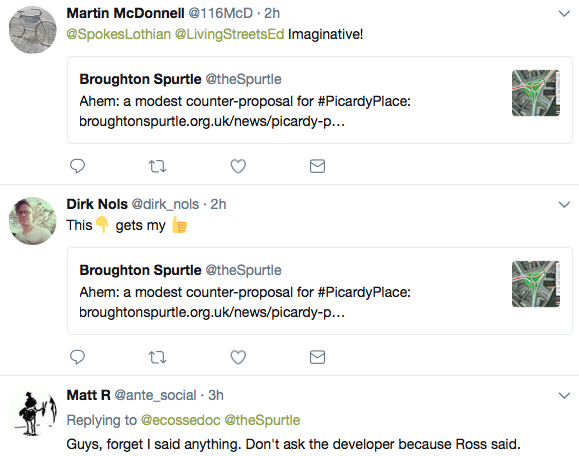 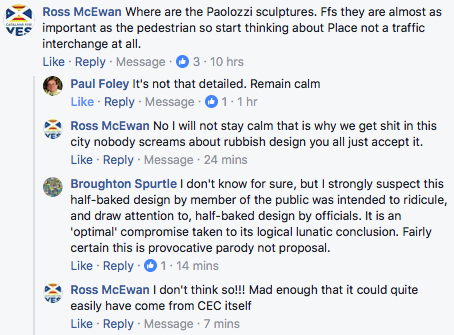 Email from Eddie Prior:  I wondered if anyone else had considered a) gyratory/roundabout bad, through traffic with as few junctions as possible good.

Some people seem to think that getting traffic moving away fast is bad - why? If there are no cyclists or pedestrians around, the quicker the better.
The principle thinking was to keep cyclists and pedestrians away from cars. This would do that.
Its not a flyover - its a grassy ‘mound’. Using the incline already in Leith Street, simply build up the road at a level, then drop down after crossing the two roads.
The Mound on Princes Street seems to have worked OK. And thats not expensive - Two archways for traffic and one for the rest of us, and a lot of infill and some grass seeds.
Personally, I am a retired graphic designer with too much time on my hands. 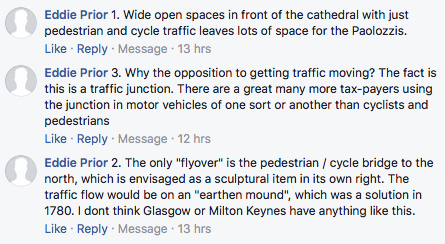 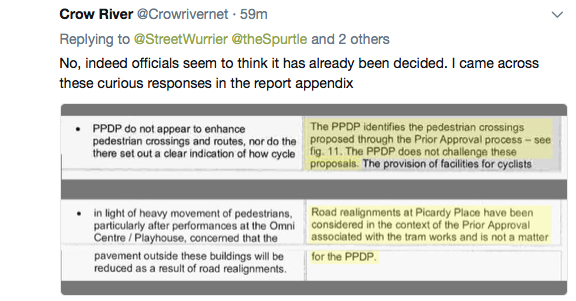 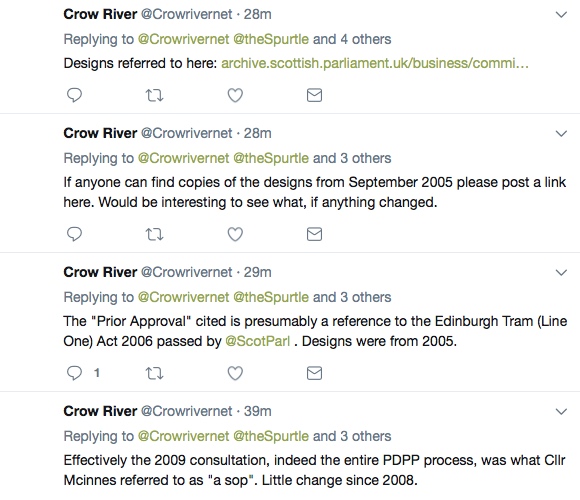