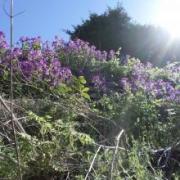 The development of eight houses on land between Broughton Road and the Claremonts has been given the green light.

A Scottish Government Reporter today allowed the appeal by Provincial Property Holdings Ltd against City of Edinburgh Council’s earlier unanimous refusal of planning consent for the scheme on land also known as Sandy Hill and Heriot Hill (see pdf at foot of page, and Breaking news, 10.2.16).

In a decision which will shock local residents, community and ward councillors, the Reporter laid out three main issues for determination. These are highlighted below with summaries of the Reporter’s relevant findings following each.

1. Despite being set at the 1st-floor level of nearby tenements, the setting of the proposed houses would be similar to that of converted mews houses elsewhere in the city which have been ‘successfully restored and extended without any negative impact on the frontage of properties or their outlook or amenity spaces’.

2. As the appeal site lies in central Edinburgh, 8 houses in an area dominated by 4-storey tenements would be an acceptable density under ECLP Policy Hou 4. Although the private open space at 15% of the site area is below the requirements of policy Hou 3, this is not uncommon in city centre locations.

3. The new buildings would blend well with existing buildings and not harm their amenities.

4. Provided further civil-engineering details are approved, the proposed houses ‘would have a positive impact on the character of the surrounding area …’. 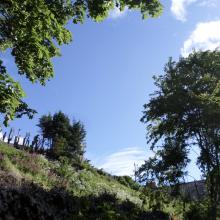 The impact of the proposed houses on local residents’ amenities

1. The distance between existing tenements and proposed houses would ‘comfortably exceed’ the recommended minimum. Tenements would not be overshadowed.

2. Tenement gardens would be overshadowed by a 4m Cribloc retaining wall. This would detract from enjoyment of these areas, but the gardens are already in dappled shadow from trees.

3. The development would ‘result in as reasonable a prospect as could be expected in such a city centre environment’. It would not result in excessive traffic.

4. Disruption during construction could be controlled by restricting hours of work, and would not be long-term.

1. While the Council has been concerned at the loss of a ‘buffer zone’ between the New Town Conservation Area and the Broughton Road tenements, it has not safeguarded it as an open space in its local plan. In any case, very few people could see it.

2. There was insufficient evidence of likely long-term damage to flora or fauna.

3. The development would stabilise the sloping site, and would provide ‘a pleasing outlook’ for neighbours once landscaping had matured. The overall impact would be beneficial.

1. Mature trees in neighbouring tenemental gardens are at risk from the development. Their root systems must be protected.

2. 3D visuals presented ‘a misleading picture’ of the development. Aerial views also failed to convey an accurate impression, although a clearer view appeared in the notional section.

3. Contentious issues surrounding access to the site, and the loss or relocation of parking, will be covered by an additional Planning condition and be subject to a separate approval process by Transport.

2. Transport approval of access to the development should be formalised as an additonal Planning condition for consent.

3. Noise levels and hours of work during the construction period will be controlled by a new condition.

'My overall conclusions are that, subject to the submission of further details for approval, the design, scale and appearance of the proposed houses would have no adverse impact on the character of the surrounding area and would, thereby accord with ECLP policy Des 3; that the proposed houses would comply with local plan policy Hou 3, and that the proposal would have a beneficial effect on the local environment with no lasting impact on the amenities of local residents and would, thereby, comply with criteria (a) and (d) of ECLP policy Os1 Open Space.'

The Reporter’s full decision, which will be received with huge disappointment by passionate and well-organised local campaigners, appears as a pdf at the foot of this page. We need time to mull over the findings, and will report back later. However, an important shortcoming in the Council's case seems to be evident already. It did not take sufficient steps early enough to formally protect the open space – hence its case for regarding the area as a buffer zone was seriously undermined. 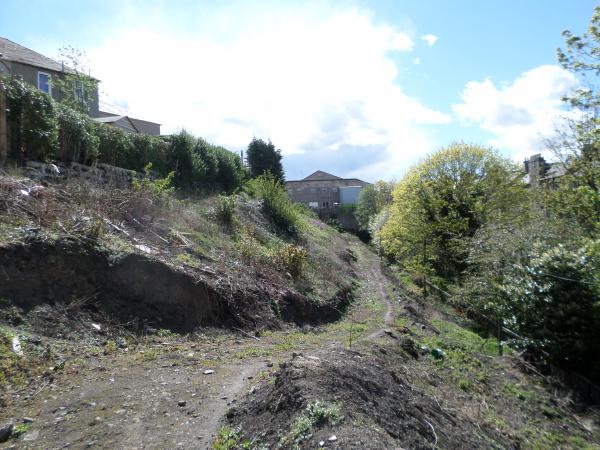 John Robinson Why has the Reporter passed such an inconsistent set of plans at all? And why is the Reporter adding such a collection of conditions that require the plans to be further amended, rather than refusing the application to make the developer submit new plans which would be subject to a fresh round of public consultation?

Email statement from campaign coordinator Luke Cotton: It is a bad day that will take some time to sink in. I think many in and around the Broughton area have felt the cold slap of the powers that be as their areas are developed despite their best efforts. We go to the council, they turn down an application, developers appeal and before you know it, your left with no say or choice about the area you live in. Who are these magical people that have so much power!?

It is largely felt that the appeal process is massively flawed, favouring the developers rather than the existing community who have fought passionately to save this vital strip of green space.

I am dumbfounded at the lack of communication and transparency throughout this fight and regrettably the community are still none the wiser as to what is actually going to take place in regards to the development itself.

It's interesting that the appeal board can ask for new plans to be submitted after the appeal has been granted with no opportunity for the community to view and comment.

Down but not out!

Email statement from Ward 12 Councillor Nick Gardner: I am horrified, furious and perplexed.

The Reporter's decision highlights once again the flaws in the planning process. Planning aims to be fair, reasonable and balanced, but decisions often resolve on balances of judgment and opinion, and, in the case of this Reporter's judgment once again, a decision weighs the opinion of one person against many, both residents and planners.

That said, the decision places a number of conditions on the developer., which, if they are held to, will be challenging. I, and my ward colleagues will be exploring the full implications of these, and will work with residents to hold the developers to account.

I accept that I am in denial, but this is not over yet.

Rhona Stewart Cameron No confidence in CEC. The whole lot need cleared out.