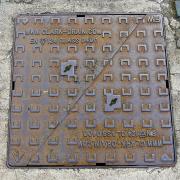 DAVID STERRATT GETS DEEP DOWN AND DIRTY

Recently, we had an unpleasant issue with overflowing drains at the back of our tenement. It was more difficult than I anticipated to solve the problem, taking over two weeks to sort out. Here’s what I learned from the experience.

Look up your drainage records

You can find your drainage records on the City of Edinburgh Council’s commendably straightforward drainage records web page. Search by postcode to find facsimiles of the original records, drawn up (sometimes in flowing copperplate handwriting) when the tenement was built. On the same page, there’s a document that explains what (most of) the abbreviations mean.

The plans often cover more than one tenement. The crucial abbreviation in our case was ‘T’ for 'trap’, and showed that our tenement was the last building on a pipe going to a manhole cover. It was helpful to show the map to the various drain-cleaning companies – printing it out and putting in a plastic pocket is probably most practical and hygienic.

Find out who’s responsible for the drain

If the blocked drain is at the back of tenements, it’s the responsibility of the tenement until it joins a pipe that is common to more than one tenement.

Scottish Water have some helpful information about responsibility for sewers and drains on their website. I gave them a call, just to check. I quickly got to speak to a helpful human. She confirmed that the drains were our problem, not Scottish Water’s, and she suggested we contact our insurance company.

I contacted the company that insures my flat in the stair. Like (I would guess) most tenement flats, there is not a common insurance policy for the whole tenement. My insurance company would pay my flat’s share of the cost if the drain were damaged (e.g. collapse or broken by a tree root). It wouldn’t pay out if the drain could be unblocked ‘by normal means’.

Although it transpired that our drain was blocked rather than damaged, it turned out to be helpful to contact the insurance company. They arranged for contractors to visit who would investigate. If the drain were damaged, it would become an insurance matter, and if not, we would pay the contractors for clearing it.

Before the insurance company’s contractors eventually arrived, I learned about and tried and learned a number of methods for clearing drains.

1. Plunging. A neighbour on the stair remembered that last time the drain had been blocked, it had been cleared with a plunger of the right size. There are actually two, connected, inspection points at the back of our stair. One has a 4” pipe and the other a 6” pipe. I bought a large domestic plunger and my neighbour tried valiantly to clear the drain with it, but to no avail. The plunger wasn’t quite big enough.

2. Jetting. A high-powered, self-propelled water jet is put down the drain. I called out one company who tried this. The operative from Company No. 1 drew out a long hose through the tenement stair from a large van in the street.

On the first attempt, the hose went down one of the two inspection points, and then propelled itself up the other, leading to water and sewage being sprayed around liberally, and the poor operative having to get control of the errant hose.

On his second attempt, the hose did seem to go down – and succeeded in pushing sewage sludge back out of the drain and down the path. The operative from Company No. 1 charged £78 (inc. VAT) for the hour’s work and recommended a ‘Jet vac’.

3. Jet vac. This is, I understand, a large vacuum cleaner for drains. It seems to be only larger drain-clearing companies that have them and they are apparently in short supply. Company No. 1 had them, but they weren’t available until the end of the week. No-one else appeared to have one free. It would later transpire that it might well have been impossible to actually get the jet vac nozzle all the way to the back of the tenement.

Image by Anthony Appleyard, in the public domain

4. Rodding. So I decided to try another drain-clearing company, one that did a ‘no clear, no fee’ service. If the drain were cleaned the charge would be £150. Company No. 2 (‘no-clear-no-fee’) first tried rodding. On Day 1, their friendly South-African operative patiently delved, prodded and explored with various attachments, but didn’t bring much up. (I enquired why a South African had exchanged sunlight and warmth to clear drains on a dreich Edinburgh day – apparently the weather in South Africa is too hot.)

He offered to come back the next day with reinforcements to try again. Due to recalcitrant fat deposits in the Borders, it was actually the day after next. Bizarrely, the reinforcement was also South African, and I doubt I will again hear drain rodding being discussed in Afrikaans. They also tried jetting, using a domestic pressure washer and a hosepipe attached to the kitchen tap. This succeeded in bringing up more sludge, but didn’t clear the drain. But we didn’t pay a penny.

5. Plunging with the correct size of plunger. Eventually two operatives from Company No. 3 (brought in by the insurance company) visited. By now I feared the drain was harmed, and the plan was to put down a camera to inspect the damage.

First they rodded, but decided that the U-bend on the trap was too tight to get the rods or a camera around. They were dubious about how far Company No. 2 had got with their rods. They reckoned a jet vac would be difficult, due to taking the pipe through the stair.

Instead, they resorted to trying a 6” plunger attached to a drain rod. One of them went to look at what was coming through the manhole cover a few back-greens away. After about 10 minutes of plunging, he reported water was coming through. They put dye in the the drain, but it was only coming through slowly. At their request I turned on a couple of taps in the house to flush the pipe, and within a couple of minutes, Manhole Man reported that a ‘fat bullet’ had just shot by, and the dye started flowing freely. We ended up paying another £78 (incl. VAT) for the hour’s work, and I had to eat humble pie with the neighbour who had been right about plunging all along.

Not all drains serve all flats in a stair. Some flats may drain to the front and some to the back. But because the financial amounts involved are generally fairly small, and to keep things simple and neighbourly, it seems reasonable to split the cost of drain clearing equally amongst all flats.

Part of the service offered by drain-clearing companies does not appear to be to remove any sludge or mess. I allowed a week for the noisome goop to dry out a bit ,and to think about the best way of sludge disposal. Down the sewer, with lots of water? Absolutely not, said the Company No. 3 operatives; it might block again. In a thick plastic bag in the communal bin? Didn’t seem very hygienic, or pleasant for other users. I decided on a discreet location at the far end of the back green, and spent a happy hour with a shovel, being reminded of a grim line in Peggy Seeger’s and Ewan McColl’s bleak 80s song about unemployment. A month or so on, the smell has subsided. I won’t grow any vegetables in that patch.

Was my insurance affected?

I don't know if my premium will rise next year. Another member of the Spurtle team reports being obliged to report incidents (though not regarding drains) where no claim was made and the insurance company did not assist, when changing insurers. Furthermore, on disclosing an incident the team member was told that they weren’t within the potential insurance company’s underwriting criteria (which is different from being declined insurance).

The drainage records show that fat is an old problem. The abbreviation ‘GB’ stands for greasebox, which is a chamber used to catch grease from water to prevent it entering the sewer. They are commonly installed in restaurants to prevent fatbergs or bullets in the drains.

In our road at least, it seems that pipes going from next to the kitchen range (labelled ‘BC’) were equipped with greaseboxes in the garden. The CEC drainage records page doesn’t explain what ‘BC’ means, and I’ve not been able to find the answer after some searching online. Nor has investigation in our flat or a neighbour’s revealed any pipe from close to the range.

But it seems clear that grease was a problem then as now. Perhaps it’s time to revisit communal greaseboxes? 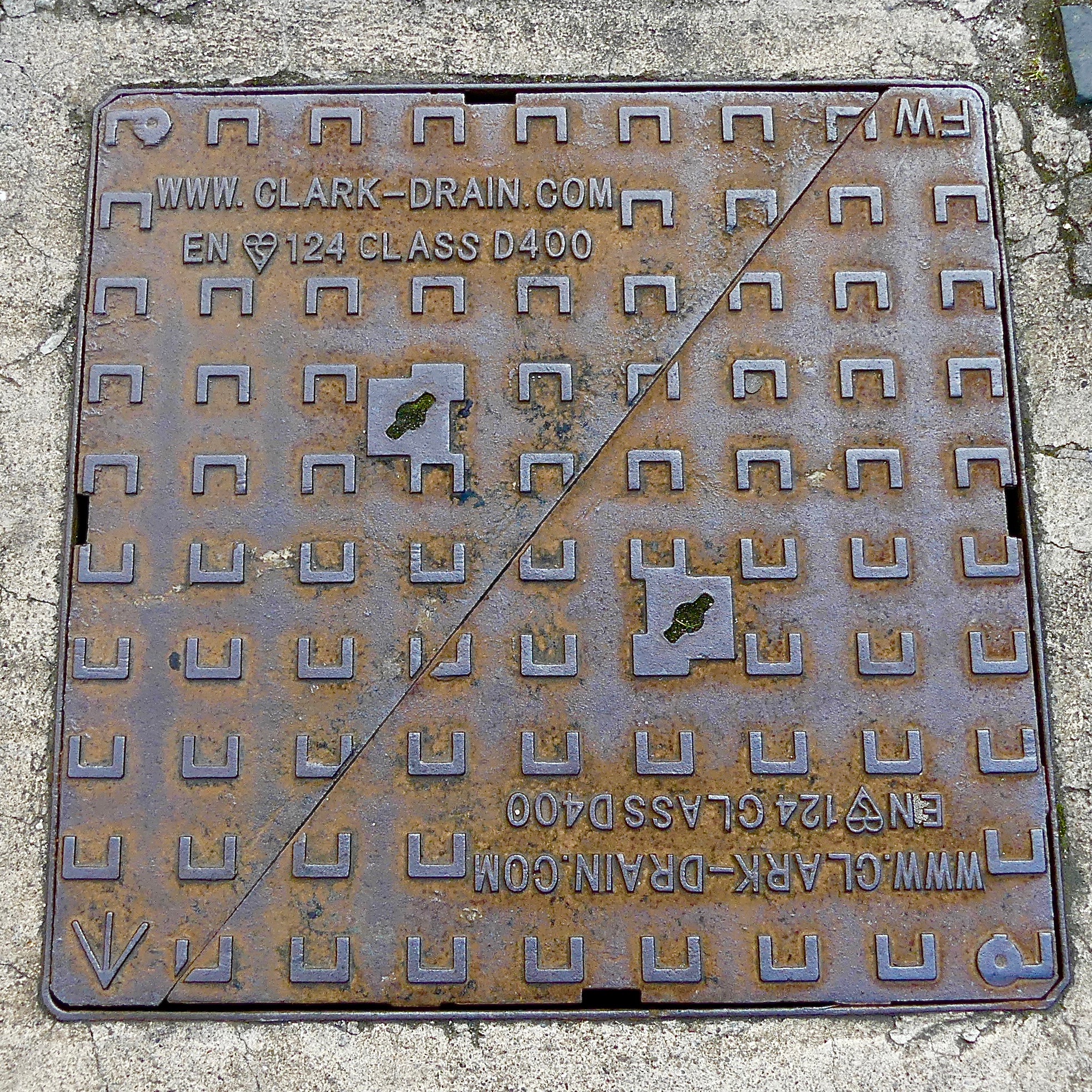