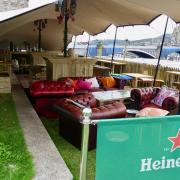 KEASIM Events Limited seeks temporary planning consent for the erection of a festival village on the roof of the Waverley Mall this winter (Refs 19/03943/FUL; 19/03872/LBC).

In other words, Malone’s on the Mall etc. – Edinburgh’s answer to a Gold Rush shanty town – is angling to return.

KEASIM contends that the application is effectively a continuation of previously consented operations dating back to November 2017. It says, ‘continued use of the rooftop over the summer and Christmas periods will ensure that the Mall remains vibrant and makes a positive contribution to the life and economy of the city centre’. 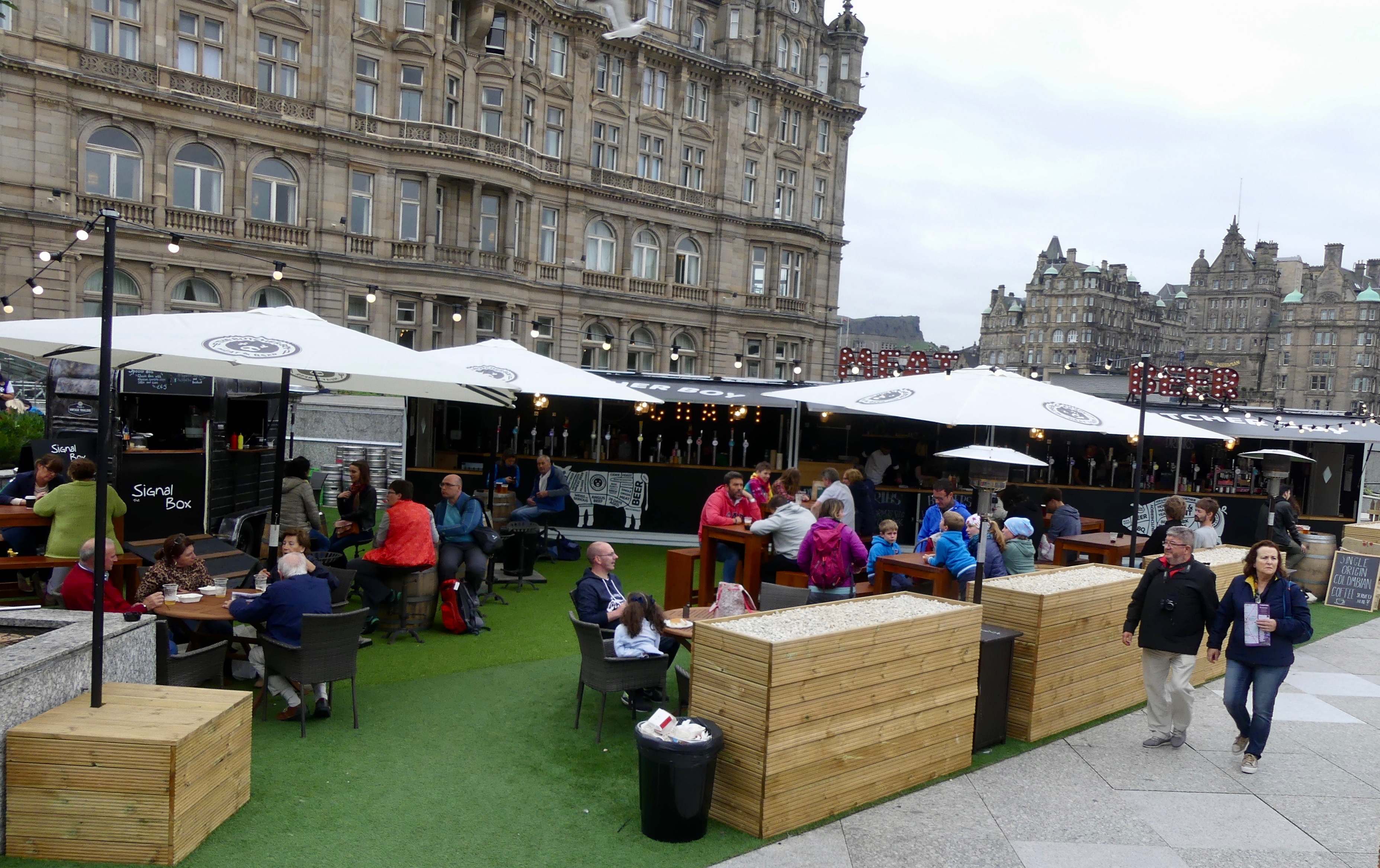 The application includes a Noise Management Plan, the same one drawn up by KSG Acoustics Ltd in October 2017 to manage music noise on-site and off-site during the event, particularly relating to amplified music and movement of equipment. This states that, following consultation with City of Edinburgh Council:

It has been confirmed that off-site music noise levels should not exceed Noise Rating (NR) curve 15, when predicted inside the closest dwellings with windows partially open. The closest dwellings are agreed to be located on Princes Street, High Street and Fleshmarket Close.

In neutral weather conditions (for which, of course, Edinburgh is world famous) this supposedly translates as 24 dB on Princes Street, and 37 dB on the High Street and Fleshmarket Close.

In other words only slightly louder than a hedgehog stamping its feet in a tantrum, until you factor in the associated din of people getting drunk, shouting, singing along to live music, laughing, arguing, and generally spilling drink all over each other with a tailwind. 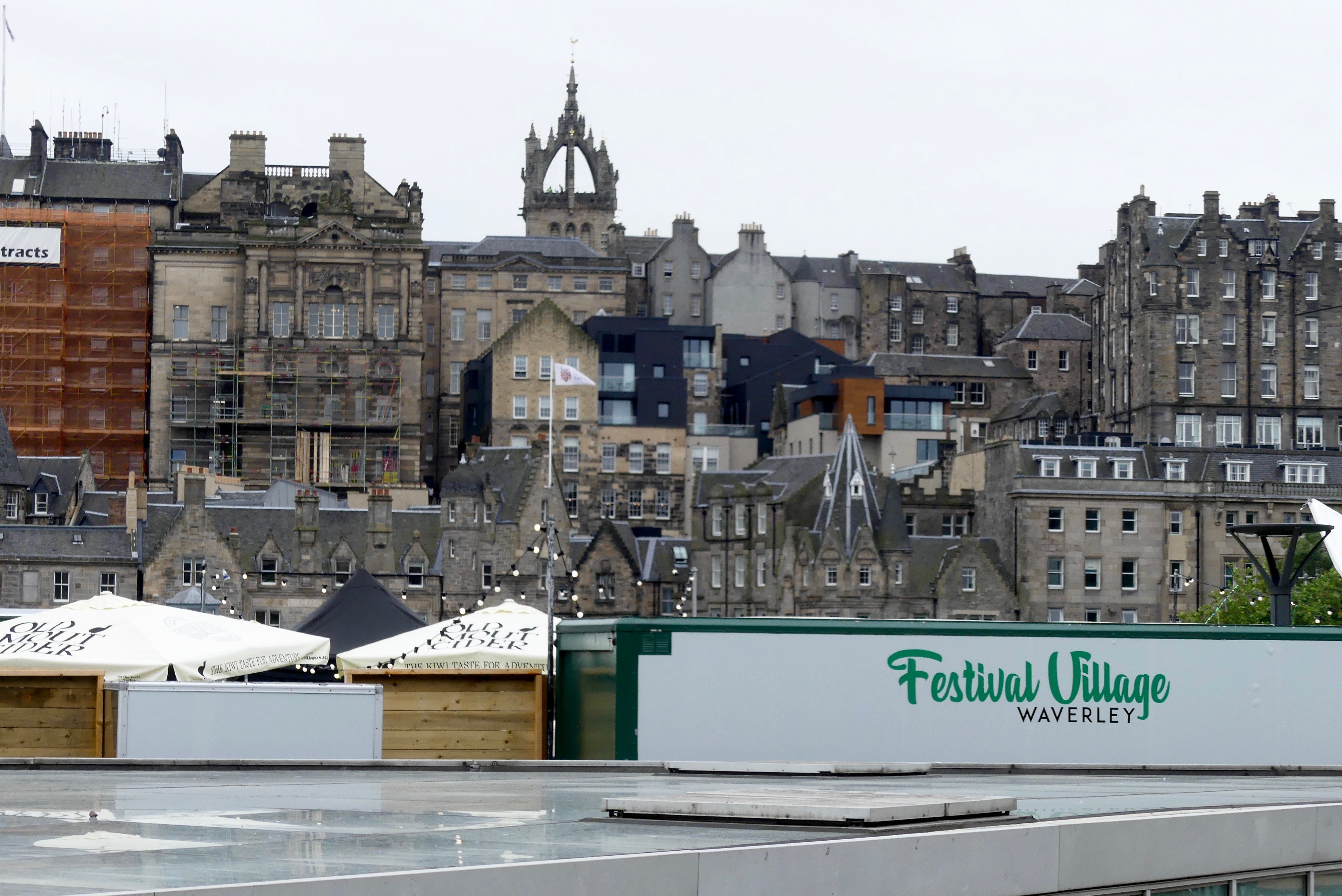 No boom at the inn

It has been agreed that commercial and hotel use will not be included in any planning restrictions relating to music noise from the event.

None of which will be of any comfort to someone who has just spent up to £2000 per night for a posh suite in the Balmoral. Indeed, the General Manager of Hotel Indigo on Princes Street was the first to object.

Too much and too little of a good thing

Now, this is not a Planning consideration, but Spurtle notes that the erection of public house/bar areas here rather obviously clashes with Edinburgh Council’s own definition of Princes Street as an area of overprovision in which the assumption is that new alcohol licences will not be issued (see pp. 26–30 in the Statement of Licensing Policy HERE).

However, such niceties have not prevented the city granting just such licences before on the grounds, presumably, that they improve provision for residents and visitors. Don’t worry, it all makes perfect sense after a couple of gins and a bottle of fizz washed down with a few tummy-settling gallons of Innis & Gunn.

Anyone who wishes to add their pennyworth may do so by 25 October HERE. 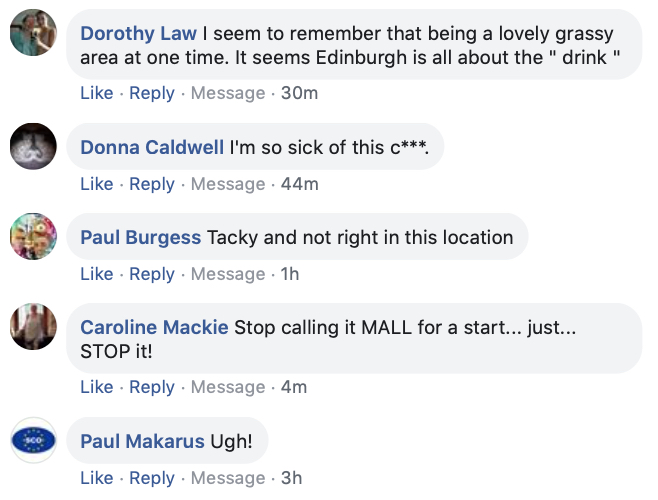 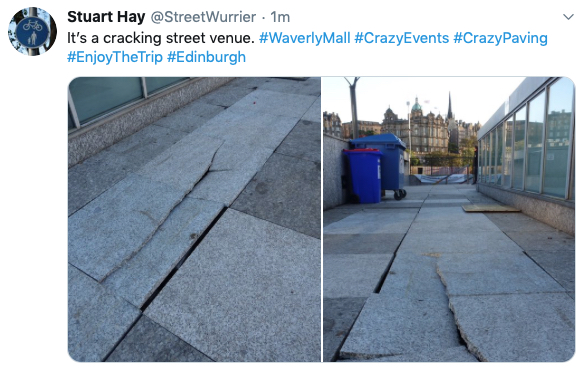