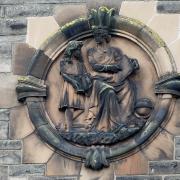 In Issue 312 we reproduced an article from 25 November 1896 which looked forward to the imminent opening of Broughton Primary School.

Two days later, additional journalism in the Edinburgh Evening News looked back at the inaugural event, and in so doing revealed some familiar fractures over how limited public resources are allocated across the capital.

Last night the formal opening of Broughton Road School—the most recent acquisition of Edinburgh School Board—took place. The school, which is one of the best equipped in Edinburgh, has been already described.

The opening ceremony was performed by Mr Colin G. Macrae, chairman of the Board. From the hour of opening, 6.30, till 10 o’clock, crowds of parents and visitors entered the school, and capacious as the rooms and passages are, considerable congestion took place. The doors of the chief rooms where the proceedings took place had to be locked, and great disappointment was expressed by many at the impossibility of getting to the rooms they wished.

Exhibitions of cookery work, gymnastics, kindergarten, manual work, and swimming were given in the various departments. At the swimming pond a most creditable display of swimming and diving was given, though the young performers were to be sympathised with in having to wait in scanty attire while a speech was made on the advantages of the art. In the Infant Department some children went through a performance.

The large hall in which the principal ceremony took place was crowded to the door. Mr Colin G. Macrae presided, and he was associated with various members of the Board. A very creditable programme of songs, recitations, and choruses was given by the pupils.

Mr Ballantyne, chairman of the Buildings Committee, made a statement, in which he said that the school was built upon the site of Blandfield House.[1] The price of the site was £3372. The Infant Department gave accommodation for 511 pupils, and the other departments on the upper floor gave accommodation for 847 pupils. The total class-room accommodation was really 1358. Cookery and science rooms were also provided, in addition to workshops for manual work. The whole area of the school provided room for 1813 pupils, and the cost of the building was about £24,500. (Applause.)

The Board was accused of extravagance, but he did not call substantial buildings extravagance, and the children’s health demanded good internal arrangements. If they had such a fine building so near there named a “destructor,”[2] how much finer a building should they not have as an “instructor.” (Laughter and applause.)

The chairman said that the site of the school was a very healthy one. There was plenty of fresh air and good light, while the pupils had also the advantage of a spacious playground. The buildings for school purposes were arranged on the most modern principles. They had provided for a very useful art, as also for cleanliness, in the form of a pond for swimming and baths.

He wished, on behalf of the board, long prosperity to Broughton Road School, and he hoped that the children emerging from it would have derived wholesome and useful instruction for generations to come, and that they would carry forward to future ages the high character which Scotsmen had for long a time earned for their worth, their integrity, and their industry. (Applause.)

Miss Stevenson,[2] who next spoke, hoped that, provided with a school such as this, parents would consider carefully before they took their children away before passing at least the fifth standard.

Mr Alexander: If full use were taken of these technical workshops they would have fewer things “made in Germany.” (Laughter.) From the health statistics it was proved that the death-rate had been reduced in a very marked degree among children of school age. That must be attributed to the superior schools provided.

Mr Hutchison, the headmaster, proposed votes of thanks, and the company afterwards walked through the rooms where the children were engaged in an exhibition of their proficiency in various subjects.

[1] A suburban mansion, once home to the physician Alexander Hamilton (1739–1802); and finally, Captain William Carden Seton (1836–1909), for over 30 years priest at the Catholic Apostolic Church on Mansfield Place.

—SPEAKING at the opening of the new Broughton Public School last night, several members of the Edinburgh School Board replied to criticism recently made upon their management. It is notable that, without exception, the real point at issue was missed by all of them.

Nobody wants a policy of “cheap and nasty." Nobody wants the schools to be unsightly brick barracks. Nobody objects to the internal fittings being tasteful. But what we have strongly objected to on the part of the Board is the inequality with which it distributes its favours.

The new school at Broughton may supply a want that will come to be felt as houses spring up in the Beaverhall district. So far, it has only some five hundred pupils, where accommodation is provided for nearly fourteen hundred.

Meantime, old schools in the centre of the city are crowded, dirty, and neglected. Despite the Board's resolution, months ago, New Street School is still in use.[4] What is objected to is all the halfpence going to the suburbs, and all the kicks to the working-class districts.

[4] New Street School (on the corner with East Market Street] was eventually rebuilt in 1901. Like Broughton Primary School, it was designed by Robert Wilson and John Carfrae, and includes similar decorative angels on the exterior. 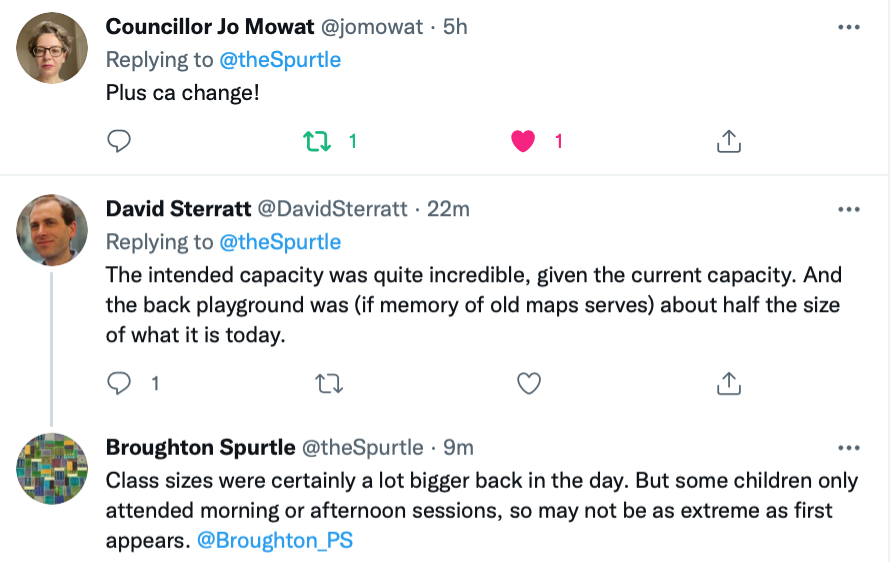 EDWARDIAN NEWS FROM THE MEWS 2 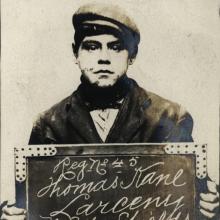 NEWS FROM THE MEWS 41 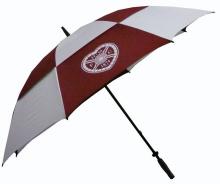 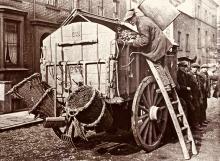 FULL CIRCLE AT THE BOUNDARY 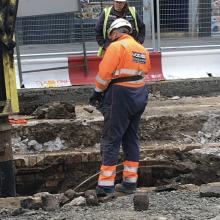 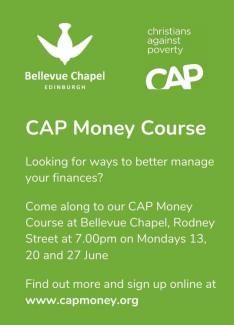 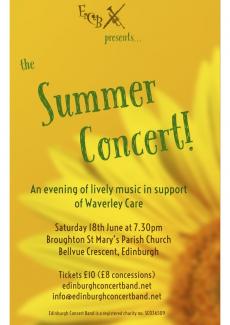